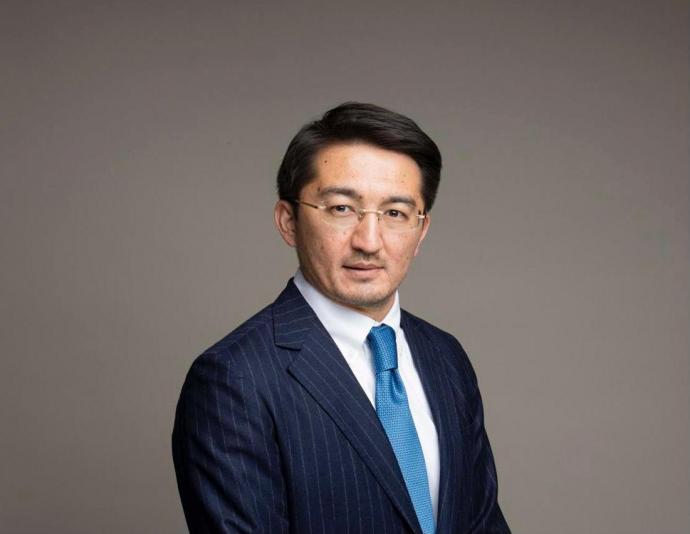 In 2007 he worked at the Department of Securities, Sales and Trading at Morgan Stanley Investment Bank (London, UK).

In 2007 - 2008 - Chief Manager of the Corporate Finance Department of “Kazyna Fund for Sustainable Development” JSC.

In 2008 - Expert, Center for Strategic Research and Analysis at the Administration of the President of the Republic of Kazakhstan.

In 2010 - 2011 - Member of the Board of Directors, Independent Director, “Zhetysu” Asset Management Firm and “Ular-Umit” Pension Fund.

In 2014 - 2015 - Deputy Head of Monetary Operations and Asset Management, National Bank of Kazakhstan.

2017 - present - Member of the International Advisory Board, Nazarbayev University Graduate School of Business.

In 2019 - 2020 - Deputy Minister of the National Economy of the Republic of Kazakhstan.

In 2019 - 2020 - Chairman of the Board of Directors, “Kazakhstan Public-Private Partnership Center”.

In 2019 - 2020 - Member of the Board of Directors, Agri-industrial development holding “KazAgro”.

In October 2020, by the order of the Head of State, he was appointed as the Deputy Chairman of the Agency for Strategic Planning and Reforms of the Republic of Kazakhstan.

2020 - present - Chairman of the Board of Directors at “AIFC Business Connect”.