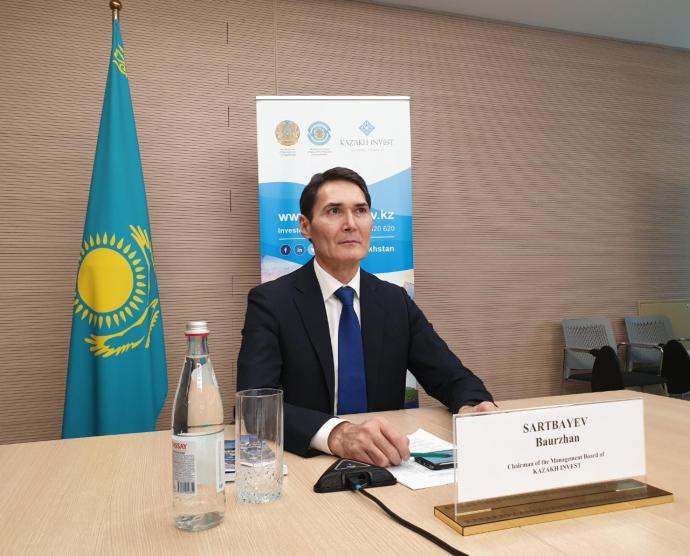 The issues of attracting investments and improving business climate of the countries of Central Asia and the South Caucasus have been discussed during the online event " Enhancing Joint Promotion of Central Asia Region", organized by the World Association of Investment Promotion Agencies (WAIPA) and the Azerbaijani agency AzPromo.

The online meeting was also attended by the heads of WAIPA and the management of investment promotion agencies from Kazakhstan, Azerbaijan, Georgia, Russia, Tajikistan and Uzbekistan. The main topic was the discussion of various strategies for attracting investment in the context of the economic crisis, as well as the joint promotion of the investment attractiveness of the region on the international arena.

During his speech, the President of WAIPA Fahad Al Gergawi noted that during the current economic crisis, accompanied by a recession and increased competition for investment flows, the role of investment attraction agencies will only expand. In this regard, it makes sense for the countries of the region to consider the possibility of strengthening investment attraction strategies. As such, close international cooperation and promotion of the region as an investment destination will be crucial.

During the presentation “Central Asia on the Global Investment Map”, the Chairman of the Management Board of KAZAKH INVEST Baurzhan Sartbayev noted that Central Asia and the South Caucasus is an ancient region with a unique history and culture. Today, as you are well aware, our region is attracting more and more attention from the global investment community.

Moreover, large foreign investors regard our region as a whole in terms of transit potential, market size, infrastructure development, human capital and security. Improving the investment climate will have a multiplier effect for the development of the entire region. And this is more than 100 million people. In this regard, the unified positioning of Central Asia on the world investment map is of great importance, considering the strategic location in the center of Eurasia, rich natural and human resources.

In turn, the Regional Director of WAIPA in Central Asia and the Head of AZPROMO Yusif Abdullayev spoke about the impact of the COVID-19 pandemic on global economic processes and global regions, as well as trends determining the policy of investment attraction in the near future. The speaker stressed that the countries of Central Asia and the South Caucasus need to form new approaches and develop new strategies for attracting investments, taking into account new realities.

During the negotiations, the parties noted the importance of promoting not only national, but also regional investment attractiveness and agreed to further strengthen work to promote the region as a whole.

The World Association of Investment Promotion Agencies (WAIPA) is an international Non-governmental organization established in 1995 by the UNCTAD that acts as a forum for investment promotion agencies, provides networking and promotes best practice in investment promotion. The organization unites over 100 members. The headquarters is located in Istanbul (Turkey). (https://waipa.org/)