On the events in Kazakhstan 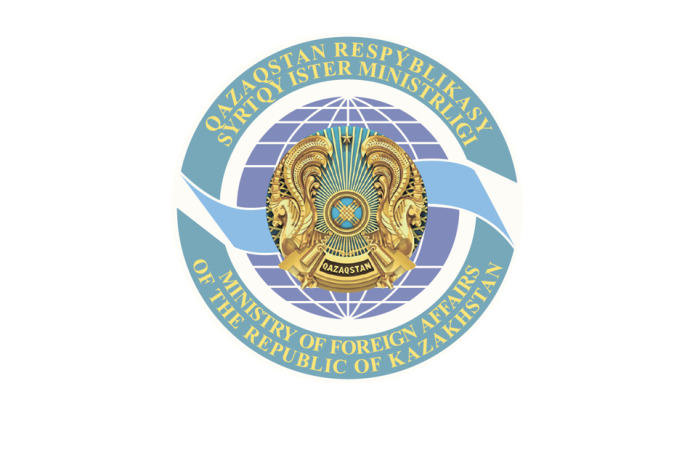 1. On January 2, 2022, demonstrations against the increase in retail prices of liquefied petroleum gas began in the Mangystau region in western Kazakhstan. The protesters demanded their reduction to the previous level, as well as a solution to a number of socio-economic issues.

2. Following instructions fr om President Kassym-Jomart Tokayev, the Government of the Republic of Kazakhstan promptly responded to the demands of the citizens and took measures to reduce gas prices, and imposed a moratorium on price increases for socially important food products, fuels and utilities.

3. All persons previously detained during unauthorized protests were released.

4. After meeting the demands of the protesters in the Mangystau region, demonstrations with similar demands began in all major cities of the country.

5. On January 4, 2022, President Tokayev urged citizens not to succumb to provocations during the demonstrations against the increase in gas prices, and to strive for mutual trust and dialogue. The President instructed the Government and local authorities to find peaceful solutions to problems through dialogue with all interested parties based on respect for the rights and freedoms of citizens.

6. These actions demonstrated a clear political will and a desire to resolve disputes through dialogue, confirming the commitment of the authorities to the concept of a "Listening State".

7. Unfortunately, the protests in a number of major cities were used by terrorist, extremist and criminal groups to escalate the situation and violent actions. In this regard, the President ordered to take urgent measures to prevent riots and introduced a state of emergency throughout the country.

9. The most difficult situation developed in the city of Almaty, wh ere terrorists seized the Mayor's office, the local residence of the President of Kazakhstan, city police departments, the National Security Committee, the Prosecutor's Office, and the studios of a number of TV and radio companies.

Terrorists also seized the Almaty International Airport with local and foreign aircrafts with passengers on board.

10. The analysis of the situation showed that Kazakhstan was subjected to armed aggression by well-coordinated terrorist groups that trained abroad. According to preliminary information, some of the attackers have experience of fighting in conflict zones on the side of radical Islamist groups. Terrorist groups appeared due to the activation of the so-called "sleeper cells". Unfortunately, the law enforcement agencies of Kazakhstan were not ready for such massive and coordinated attacks in the different regions of the country simultaneously.

11. While the initial rallies in Western Kazakhstan were peaceful and accompanied by demands of a socio-economic nature, the participants in the subsequent mass riots did not put forward any specific economic or even political demands. They had no intention of negotiating with the authorities, and instead aimed to violently overthrow the constitutional order.

12. Due to the sharp aggravation of the situation in the country, President Tokayev assumed the post of Chairman of the Security Council of the Republic of Kazakhstan. On January 6, he ordered the launch of a counter-terrorism operation in the country aimed at eliminating threats to national security and protecting the lives and property of citizens of Kazakhstan.

13. Objectively assessing the situation, the President had to appeal to the member states of the Collective Security Treaty Organization (CSTO) with a request to send peacekeeping forces to help stabilize the country.

14. The legal basis for the deployment of Collective Peacekeeping Forces of the CSTO in Kazakhstan are Articles 2 and 4 of the Collective Security Treaty, the Agreement on Peacekeeping Activities and the request of the President of Kazakhstan for the provision of necessary assistance.

15. The mandate of the peacekeeping forces includes the protection of strategic facilities and helping Kazakhstan law enforcement services. Fighting the terrorist groups is carried out by the law enforcement agencies and the Armed Forces of the Republic of Kazakhstan.

16. Currently, around 2,500 peacekeepers from all CSTO member states have arrived in Kazakhstan.

17. The collective peacekeeping forces of the CSTO will remain on the territory of Kazakhstan temporarily and will leave the country at the first request of the Kazakh side after the stabilization of the situation.

18. President Tokayev has instructed law enforcement agencies to form an investigative group to conduct a large-scale investigation and bring all those responsible to justice. The results of the investigation will be presented to the international community once ready.

19. Kazakhstan is ensuring the security and protection of foreign diplomatic missions in the country, as well as personnel and property of foreign companies and investors. The situation will soon be stabilized and there will be no changes in the economic policy and investment climate of the country. Kazakhstan remains committed to all its obligations.

20. Internet access has been restricted in the country as part of the counter-terrorist operation to block communication between members of the terrorist groups.

21. On January 7, 2022, in his address to the people of Kazakhstan, President Tokayev stated that the counter-terrorism operation was continuing in the country. The police, the National Guard and the Armed Forces are carrying out large-scale and coordinated actions to neutralize terrorist and criminal groups.

22. It should be noted that peaceful protesters are not subjected to any persecution.

23. It is important to emphasize the unity of the people of Kazakhstan at this difficult time. Citizens support the measures taken by President Tokayev to restore peace, and have established communal groups to protect social facilities.

24. We are defending our democracy and Constitution from Islamist radicals and terrorists!

25. Unfortunately, there are human casualties, both among law enforcement officers and military personnel, as well as civilians. This is a huge tragedy for us, the relatives of the victims, and the entire Kazakh people.

26. Due to many casualties and loss of life as a result of the tragic events in a number of the regions of the country, President Tokayev has declared January 10, 2022, a day of national mourning.

Ministry of Foreign Affairs of the Republic of Kazakhstan