Investment opportunities of Kazakhstan presented at the Annual Investment Meeting 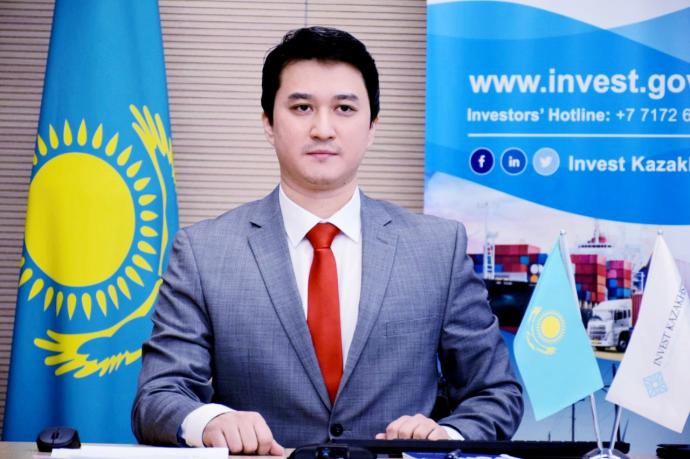 During one of the largest international events in the field of investments, the Annual Investment Meeting (AIM), organized by the Ministry of Economy of the UAE, investment opportunities of the Republic of Kazakhstan were presented by «KAZAKH INVEST».

This year, amid the pandemic, the annual event was held online and brought together thousands of participants from all over the world, including heads of government agencies, large international companies, and investment attraction organizations.

Opening the AIM forum, the President of the Republic of Tatarstan Rustam Minnikhanov, the Minister of State for Foreign Trade of the United Arab Emirates Dr. Thani bin Ahmed Al Zeyoudi, the Minister of State of the United Arab Emirates Ahmed Ali Al Sayegh, and the Chairman of the Abu Dhabi Department of Economic Development Mohammed Ali Al Shorafa Al Hammadi made introductory speeches.

As part of the session "The Role of IPA During and After COVID", moderated by David East, Head of Foreign Direct Investment and Economic Products Department at Bureau van Dijk, analytical company Moody's, the heads of investment promotion agencies (IPAs) from the Eurasian region paid great attention to the topic of increasing the role of IPA in the new economic conditions.

During his speech, Managing Director of «KAZAKH INVEST» Zhandos Temirgali noted that the current downturn in the global economy caused by the pandemic opens up new opportunities for developing economies. According to UNCTAD, last year global FDI fell by 42%, while in developed countries the decline was 69% and only 12% on average in developing countries. It's time to strengthen economic ties through new, streamlined, and more sustainable value chains.

“Central Asia is attracting more and more attention from the international investment community, which brings to the fore the need for a unified positioning of the region on the global investment map. In particular, Kazakhstan is ready to become a food hub for China, the Middle East, and Europe, ensuring international food security. Our country has huge resources and opportunities to create the latest production facilities for the processing of meat, grain, and oilseeds,” said Zhandos Temirgali.

According to the speaker, at a time when the competition for investment flows is becoming increasingly fierce, an uncompromising struggle is being waged not only for directions but also for each project, the role of IPA is becoming more and more important.

“The state should strive to minimize the involvement of budget funds in the implementation of projects, focusing on creating conditions for investors: political stability, rule of law, competent monetary policy, improving the investment climate, and developing “soft” and physical infrastructure. Only such factors are capable of giving a stable long-term result,” added Zhandos Temirgali.

Besides, the speakers of the session noted the importance of digital transformation in attracting investment, targeting the latest industries, working with local businesses, and post-investment support.

Within the framework of AIM-Eurasia, more than 20 panel sessions and presentations were held on the development of investment cooperation on a global scale, increasing the competitiveness of countries by improving government investment support measures, as well as the development of free economic zones and smart cities.