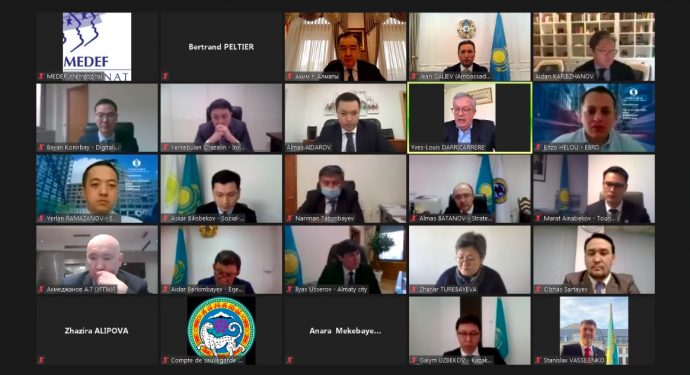 Opening the meeting, Akim of Almaty Bakhytzhan Sagintayev invited French companies to strengthen and expand cooperation with the city, which today, according to the ratings of the World Bank and Fitch Agency, is one of the most dynamically developing in the entire Central Asia region.

The participants were presented with the investment potential of Almaty, development plans, as well as a strategy for digitalizing the city and creating an IT ecosystem.

In turn, Almas Aidarov called on his French colleagues to intensify cooperation in the main areas of interest and also shared information about existing tools to support investors in the country.

At the end of the webinar, the city of Almaty confirmed its serious intention to cooperate to expand the list of French companies successfully operating in the city and to include such significant TNCs as Air Liquide, Dassault Systemes, Saint Gobain PAM, etc.