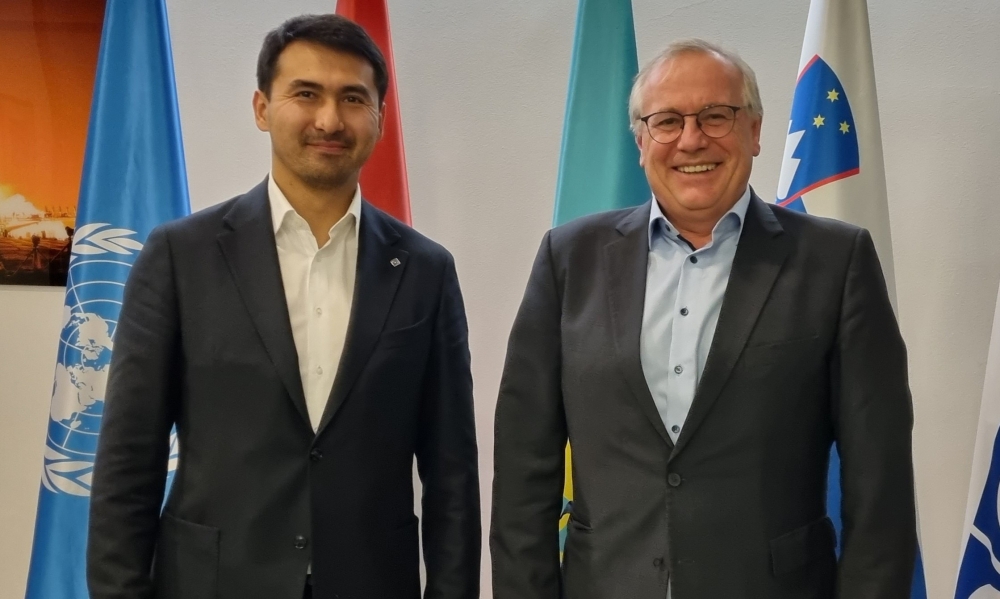 A number of meetings have taken place with the management of such companies as Lasselsberger Group, Traktionssysteme Austria, Voestalpine Railway Systems, Voith Hydro, BGM Partners and potential investment projects in Kazakhstan discussed.

As part of the visit to the Republic of Austria of the Foreign Representative of "NC "KAZAKH INVEST" JSC in European countries Saken Olzhabayev a meeting with the Director of the Internationalization Department of the Federal Economic Chamber of Austria Cosima Steiner occurred. Parties discussed the matters of deepening bilateral cooperation and strengthening work to promote investment potential and presentation of state support measures for foreign investors in Kazakhstan among the Austrian business community. In particular, a proposal to hold regular events in online and live format with the regional chambers of each of the nine Austrian federal states was made. The upcoming bilateral events were also discussed, within the framework of which investment cooperation between the two countries will be one of the main topics.

The owner of the Lasselsberger Group, Josef Lasselsberger, at a meeting with the Ambassador Extraordinary and Plenipotentiary of the Republic of Kazakhstan to the Republic of Austria Alibek Bakayev, said that at the moment the company is considering the possibility of localizing the production of ceramic tiles in Kazakhstan. The Austrian entrepreneur visited Kazakhstan in the summer of this year in order to obtain and study geological information on the presence of deposits of refractory clay necessary for the production of ceramic tiles. The parties agreed to continue working in this direction and organize a visit of the J.Lasselsberger to Kazakhstan in the next year. 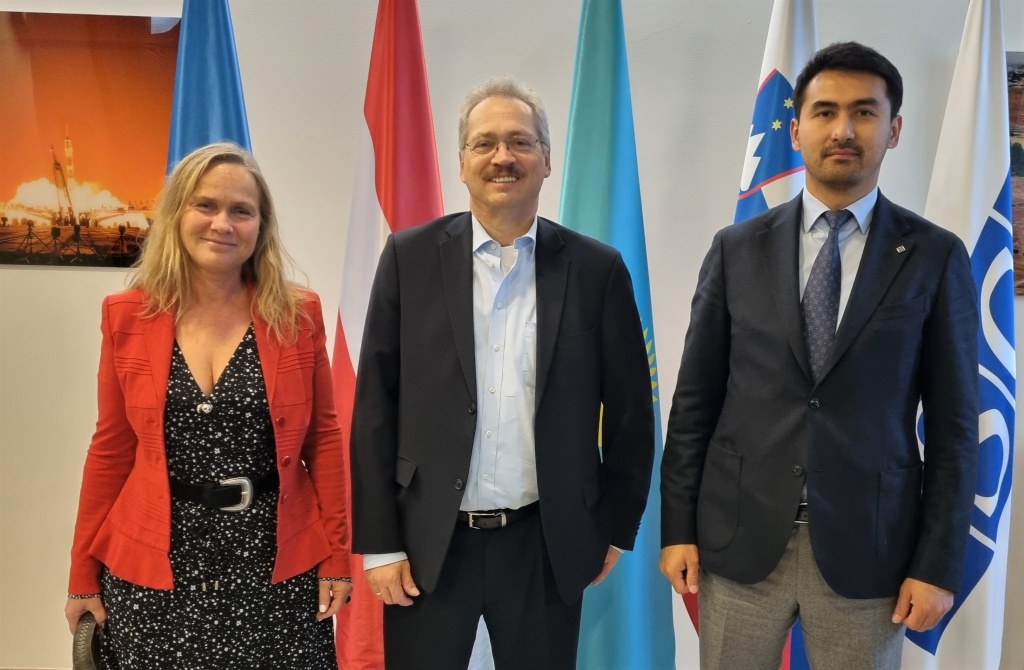 During the meeting with the Vice-President of Voestalpine Railway Systems, Roland Diess, the investment potential of Kazakhstan was presented, political changes in Kazakhstan were discussed, and information was provided on measures of state support for foreign investors. R.Diess informed about the company's readiness to consider new projects in the Central Asian region. The company is ready to discuss the organization of localization of the production of switches, drives, interlocks, detection systems and signaling solutions (DLD/S) in partnership with Kazakhstani enterprises operating in the railway industry. 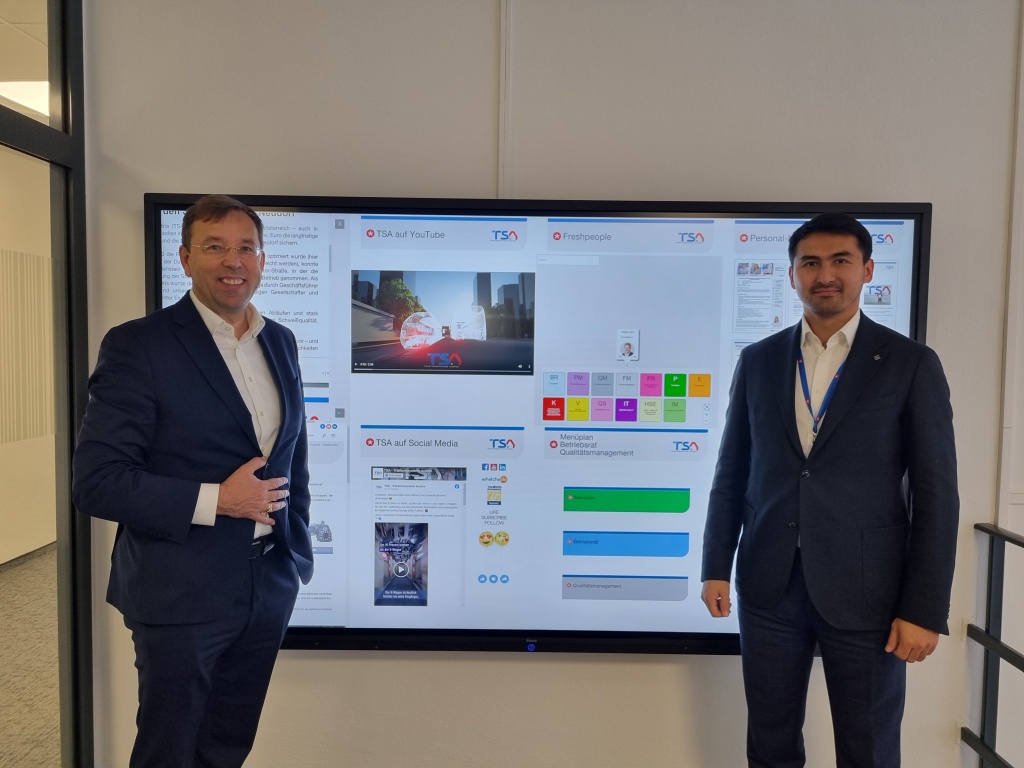 During the visit to the plant for the production and assembly of traction motors and gearboxes of Traktionsysteme Austria in Wiener Neudorf, the potential for the development of the machine-building industry in the Republic of Kazakhstan was discussed. The company became interested in the presented opportunities and is ready to localize its production in Kazakhstan upon reaching a certain volume of demand. Vice President of the company Johannes Mensdorff-Pouilly noted the growing demand in the global passenger transport market for asynchronous electromechanical traction motors and the tendency of large companies to abandon conventional motors due to their lower energy efficiency and durability of operation. The parties agreed to organize negotiations with representatives of state bodies to discuss the company's proposal on cooperation in the development of the machine-building industry in Kazakhstan. Voith Hydro, a company specializing in the production of electromechanical turbines and generators for hydroelectric power plants with a capacity from 1 MW to 5 GW, announced its interest in implementing projects to equip small (up to 30 MW) and large HPPs in Kazakhstan. The head of the International Projects division of the company, Stuart King, noted the increased interest in the countries of Central Asia and the CIS, and the huge potential of hydropower in Kazakhstan. The company has already implemented a number of projects in the region (Azerbaijan, Tajikistan, Kyrgyzstan, Russia), but considers Kazakhstan as a central point for creating competencies in the production of turbines and generators for hydroelectric power plants, control automation and improving the energy efficiency of plants. During the negotiations, information was provided on measures of state support for investment activities and the rules for conducting auctions for renewable energy generation and the conclusion of investment contracts in the Republic of Kazakhstan. In addition, the company was offered specific projects in the field of hydropower from among the niche projects of KAZAKH INVEST.

The Federal Economic Chamber of Austria (German: Wirtschaftskammer Österreich, WKÖ) is an organization that coordinates the activities and represents the interests of the Austrian business community both at the national and international levels. Within the framework of the Austrian Economic Chambers system, it functions as a nationwide organization, uniting nine chambers of each of the Austrian federal states. In addition, it includes 110 trade associations representing various industries of the country.

Voestalpine Railway Systems, a subsidiary of Voestalpine AG, is a global leader in system solutions for railway infrastructure, offering outstanding products, logistics and services for rails, switches, signalling and monitoring.

TSA is a leading manufacturer of electromechanical drives and traction motors for rail and road transport and asynchronous drives and permanent magnet drives.

Voith Hydro is a leading manufacturer of electromechanical turbines and generators, regulators and control cabinets for hydroelectric power plants in the world. Voith Hydro is a subsidiary of Voith Group with an annual turnover of more than 4.3 billion euros, 20 thousand employees worldwide.