Schneider Electric is a French power engineering company, one of the world leaders in the field of energy management and industrial automation, a manufacturer of equipment for power sub-complexes of industrial enterprises, civil and residential construction, data centers.

The company develops and implements projects for the automation of world-class technological processes for various industries in Kazakhstan and, first of all, the oil and gas complex.

The main task of the company will be the development of local human resources and the deployment of local assembly of systems in Kazakhstan in the field of industrial automation, software and energy management.

The joint venture includes the Industrial Automation business unit of Schneider Electric in Kazakhstan and represents products and solutions under the Foxboro, Triconex, SimSci, Avantis and Wonderware brands as an exclusive in the oil and gas industry of Kazakhstan.

On December 14, 2018, the grand opening of a new assembly line for the production of pressure sensors under the Foxboro by KMG Automation brand took place. The production, which is unique for Kazakhstan, will be carried out within the framework of the state program of digitalization and the policy of import substitution. The estimated volume of production at stage 1 is up to 2 thousand units per year.

Workplaces: for the period of operation: 5 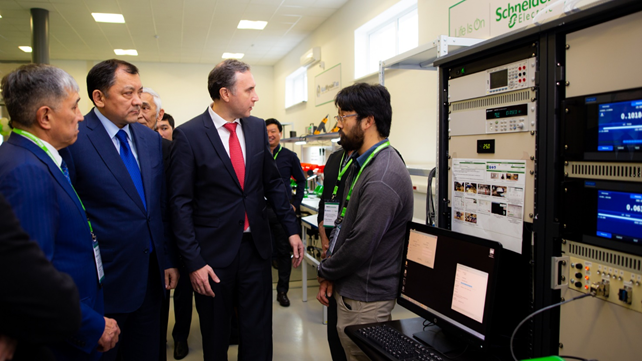