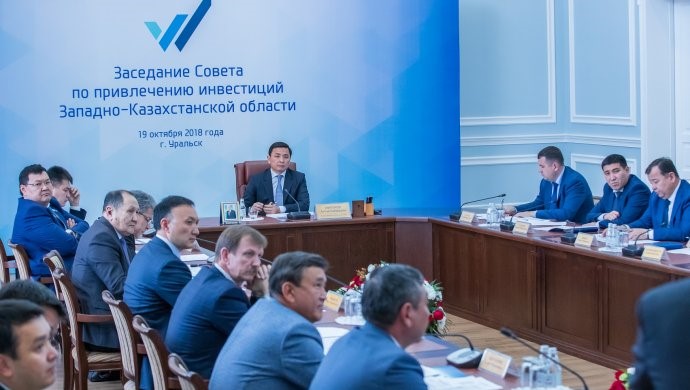 On October 19, a meeting of the Regional Council on attracting investments and improving the investment climate was held in Uralsk

Of the West Kazakhstan oblast. Birzhan Kaneshev, the Deputy Chairman of the Board of Kazakh Invest NC JSC and heads of industrial enterprises of the oblast took part in the Council meeting.

According to the agenda of the Regional Council, issues of attracting potential investors, the investment potential of the Taskalinsky district and the implementation of 3 investment projects were considered.

As part of the implementation of Digital Kazakhstan President’s program, an investment portal of the West Kazakhstan oblast is being developed. The main purpose of the portal is to attract investment in the region, the disclosure of the investment potential of the region, and the provision of information support to investors. This portal will be a kind of bridge between the state and business, a guide for both domestic and foreign investors.