Task for 2018 is to attract investors for implementation of 17 large projects worth $16.4 billion - Saparbek Tuyakbayev 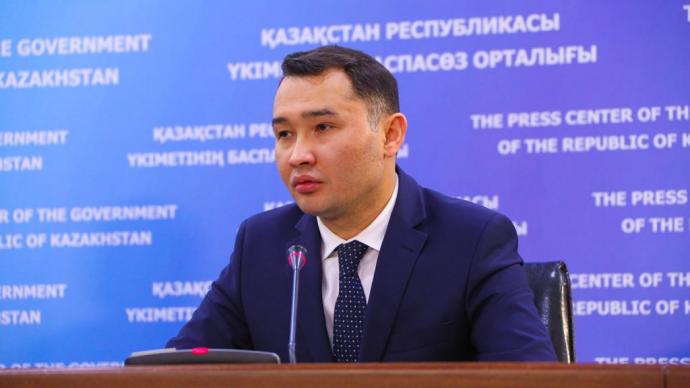 Today, during the meeting of the Government of the Republic of Kazakhstan, Saparbek Tuyakbayev, Chairman of the Board of “Kazakh Invest”, has reported on the work performed to attract foreign investments as part of the implementation of the National Investment Strategy of Kazakhstan for 2018-2022.

The Chairman of the Board of “Kazakh Invest” S. Tuyakbayev reported that based on the economic needs, the list of 145 projects involving foreign investors for the total amount of $47,8 bn. with creation of about 35 thousand workplaces is formed.

In addition, this year the task is to attract investors for the implementation of 17 large projects for $16.4 bn. with the signing of a binding document.

Within the implementation of the National Investment Strategy, the work with investors is based on address principle. Therefore, by April 2018, a “Country strategy” or a guide to work with a specific country will be created for each priority country or group of countries. In addition, the innovation in this direction is the involvement of companies specializing in attracting investments (Multiplier) from such countries as Ireland, Spain, the Netherlands, Italy, Russian Federation etc.

“Also we are focused on provision of comfortable conditions for foreign investors. The system of “early response” to the problematic issues of investors is being introduced. This is the strengthening of the “investment ombudsman” institute. In addition, the “Call-center” will be launched in May 2018 to help investors during their stay in Kazakhstan”, - the Head of “Kazakh Invest” noted.

This June, Invest.gov.kz website will launch the information and monitoring system for the work with investors (CRM). Each investor will have access to the CRM system. Thus, the authorized bodies will not only track the process of attracting investments, implementation of investment projects, but also will identify problem areas, analyze the reasons for their occurrence and will promptly eliminate them. Such tool will provide quick feedback to the investor.

For reference: within the framework of the National Investment Strategy, “Kazakh Invest” is a single negotiator with transnational companies and large foreign investors on behalf of the Government of the Republic of Kazakhstan. The National Strategy specifies the priority sectors for attracting foreign investments (agriculture, engineering, chemistry and petrochemistry, infrastructure, mining and metallurgy, trade) and 11 priority countries, which account for up to 80% of investments in the world (USA, Russia, Great Britain, Germany, France, Italy, China, Japan, South Korea, Turkey, United Arab Emirates).