In the office of «Kazakh Invest» there was a meeting held with the management of S.E.R.E.M.E., a French company, which is a leading enterprise in the development of means and methods of conducting vibrational, acoustical, and hammer testing 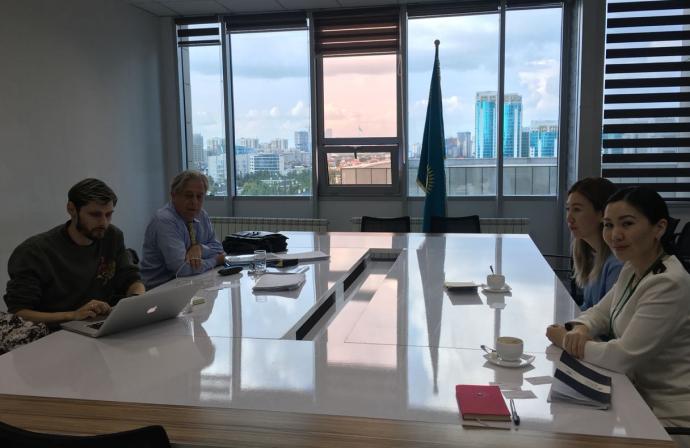 A President and General Director of the company Max Steinberg and a project development manager in Russia Philip Sologub met with a Board Chairman Deputy of «NC «Kazakh Invest» JSC Marat Birimzhan.

Issues of opening an official representative office of the Company in Kazakhstan were discussed at the meeting. In his turn, Marat Birimzhan told about tax preferences and the activity of Kazakh Invest in general.

Mr. Steinberg noted that decisions suggested by the company allow to substantially level up the quality of testings, homogeneity of their results, avoid criss-cross interference, and distortion of experimental data. S.E.R.E.M.E. company designs, if necessary, engineering infrastructure of the testing equipment as well as testing centers.