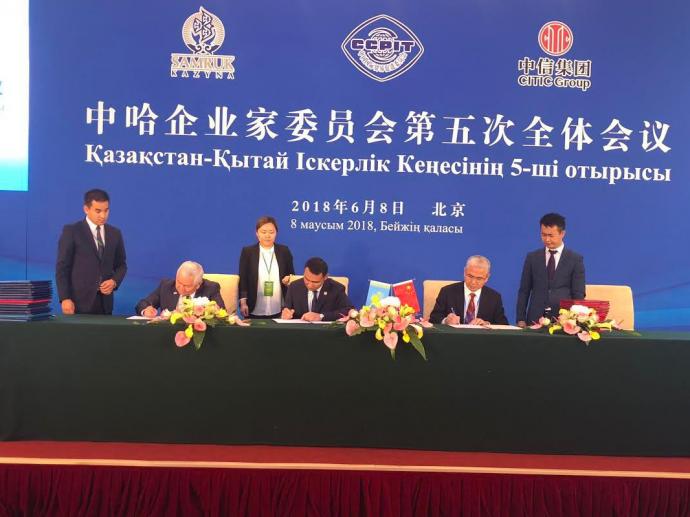 Today in Beijing, during the meeting of the Kazakh-Chinese Business Council with the assistance of Kazakh Invest, an agreement on cooperation was signed to implement projects in the field of renewable energy (solar and hydro) implemented in Kazakhstan using domestic solar cells (KazPV).

It is worth noting that within the framework of this agreement, it is envisaged not only the production of a full cycle of solar cells, but also the construction of "turnkey" stations. The first orders have already been planned from Russia in the amount of 300 MW, from Kazakhstan and other countries of Central Asia.

This project will involve French technologies, the experience of building turnkey stations of the Chinese enterprise, as well as investment of their investment funds.

Investments for the construction of solar stations in Kazakhstan are planned in the total amount of USD 300 million, which will be attracted with the participation of NPWC and Chinese financial institutions.

Recall that today in Beijing, 40 economic documents were signed for a total of about USD 13 billion, of which 15 were signed due to the assistance of Kazakh Invest. According to these agreements, new high-tech production in the field of engineering, biotechnology, etc. is planned to be launched on the territory of Kazakhstan.