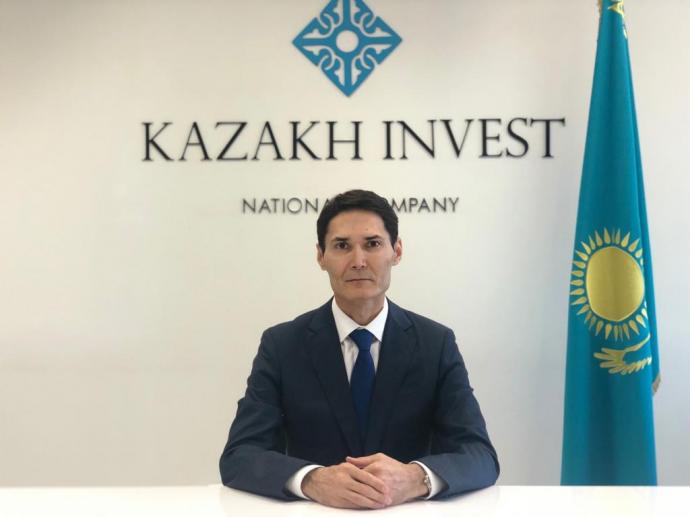 As noted by the Deputy Minister, following the recent meeting of the Coordination Council on Investment Attraction chaired by the Prime Minister Askar Mamin, “KAZAKH INVEST” NC” JSC and the newly appointed Chairman of the company have been assigned a number of tasks, including increasing the annual gross FDI inflows to Kazakhstan from $ 24 billion in 2018 to $ 34 billion by 2025.

The Prime Minister Askar Mamin gave specific instructions to enhance work with domestic and foreign investors, as well as with international financial organisations, in order to attract investments in the country's economy and develop new large-scale projects.

“The new head has extensive experience of working with foreign companies. Mr Sartbayev also held senior positions in a number of commercial structures for many years. I believe that the accumulated experience will enable finding new niches and significantly improve foreign investors targeting,” - said Yermek Kosherbayev.

The Deputy Minister Yermek Kosherbayev also noted the merits of the previous head of the company. “Mr Tuyakbayev was at the origin of the establishment of the company. He was able to establish a coherent mechanism for attracting and working with investors. Last year alone saw implementation of 27 projects worth $ 3.1 billion with support of “KAZAKH INVEST” NC” JSC. This year another 30 projects are being implemented. This indicator needs to be improved from year to year,” – said the Deputy Minister.

It should be noted that the Coordinating Council on Investment Attraction also covered the issues of institutional and legislative measures to increase the volume of investments in fixed capital up to 30% of Kazakhstan’s GDP.