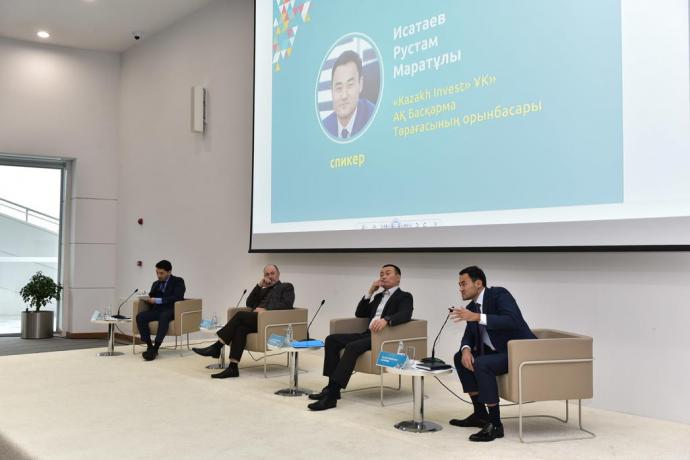 Today in Astana at the IV Congress “Zhas Otan” Deputy Chairman of the Board of Kazakh Invest Rustam Issatayev spoke about the pace of attracting investments in the manufacturing sector.

So, if from 2005 to 2010, the total volume of foreign investment amounted to about 6 billion US dollars, then according to the results of 7 years of the Industrialization Program implementation from 2010 to 2016 about 25 billion US dollars was attracted.

“The national company Kazakh Invest is entitled with a high status, first of all in order to practically help each investor in the most advantageous processing sectors, IT-technologies, tourism sector, etc. In other words, to bring individually each project to сlose and to solve the problems of investors at all levels,” the speaker said.

“Almost every week at the level of the Prime Minister, who is the Chairman of the Board of Directors of Kazakh Invest, major projects are heard and all operational issues are solved, ranging from bringing land, issuing visas and etc. That is, over these years we have increased twofold progress, but we intend to continue to increase the pace,”- concluded the Deputy Chairman of the Board of Kazakh Invest.