Prospects of Investing in Kazakhstan Discussed in Brussels 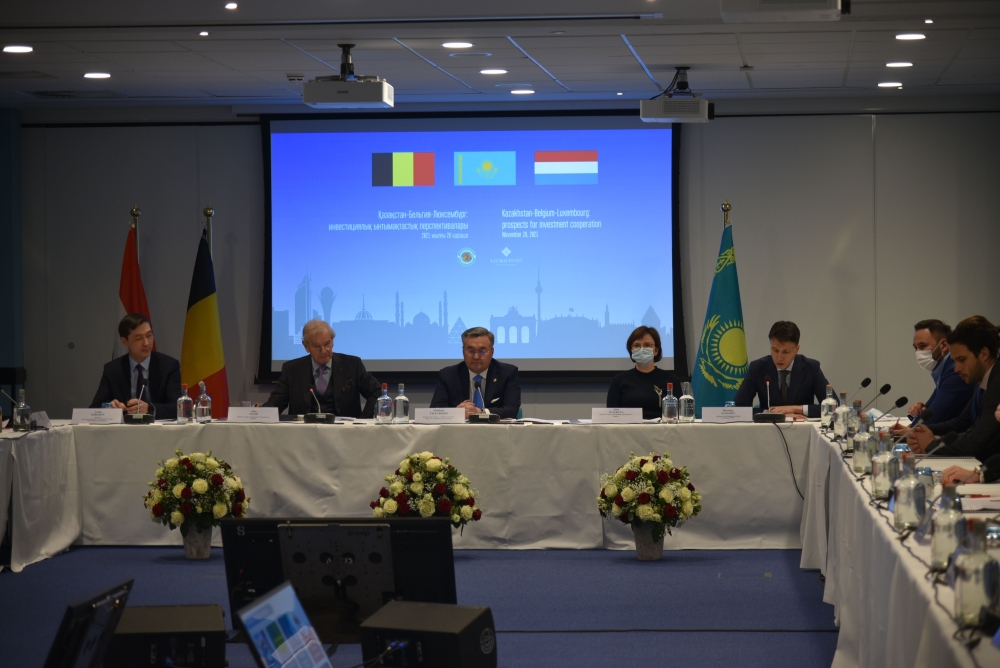 As part of the official visit of the President of the Republic of Kazakhstan Kassym-Jomart Tokayev to the Kingdom of Belgium, a round table “Kazakhstan-Belgium-Luxembourg: prospects for investment cooperation” was held with the participation of the management of more than 20 major European companies. During the visit, substantive negotiations were also held with the heads of large Belgian companies on the implementation of a number of promising investment projects in Kazakhstan, as well as a number of commercial documents were signed. 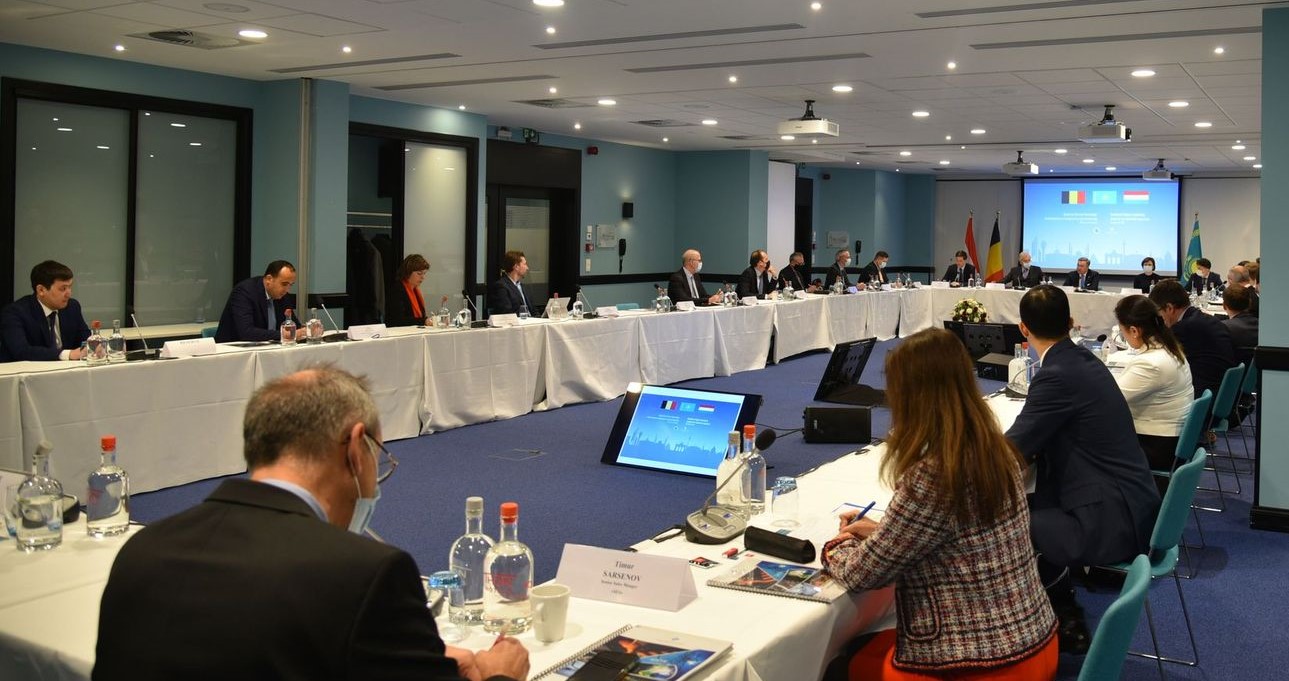 In his welcoming speech, Deputy Prime Minister– Foreign Minister of Kazakhstan Mukhtar Tileuberdi called on the Belgian business community for mutually beneficial cooperation, the creation of joint ventures in Kazakhstan, as well as joint search for new forms of bilateral relations development. He also spoke about the opportunities of priority industries in the Republic of Kazakhstan, including agro-industrial complex, MMC, renewable energy, construction, etc.

"Kazakhstan today has a huge investment potential, providing new and great opportunities for mutually beneficial business in all industries. The business circles of our countries are already actively cooperating and implementing joint projects. This is a sign of high confidence in Kazakhstan on the part of foreign business", - added Mukhtar Tileuberdi. 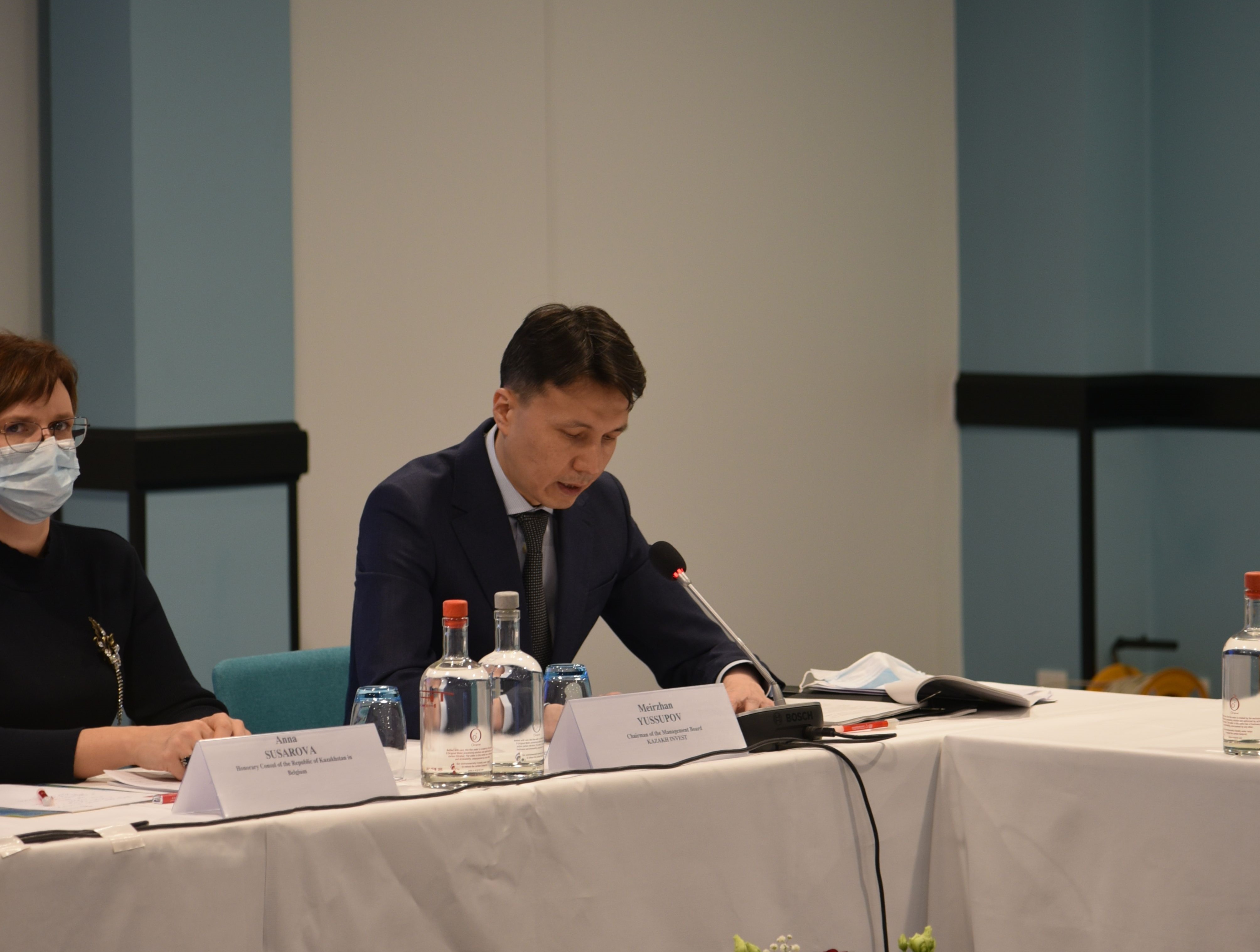 Chairman of the Management Board of “NC “KAZAKH INVEST” JSC Meirzhan Yussupov spoke in more detail about the business climate in Kazakhstan, as well as about its investment opportunities. In his speech, he also familiarized the participants of the round table with Kazakhstan's achievements in economic development, promising areas of Kazakh-Belgian investment cooperation, as well as measures taken by the Government of the Republic of Kazakhstan to further improve the investment climate in the country. Following the results of the round table, the Kazakh company “Olzha Argo Trade” signed an agreement with “Vandeputte” for the supply of flax from Kazakhstan to Belgium in the amount of $16 million. At the same time, the Chamber of Foreign Trade of Kazakhstan signed two memoranda with the Chamber of Commerce and Industry of Brussels BECI and the Chamber of Commerce and Industry of Flanders VOKA. Also, on the sidelines of the event, the leadership of the Investment Committee of the Ministry of Foreign Affairs of the Republic of Kazakhstan, “NC “KAZAKH INVEST” JSC held a number of B2B meetings with the Belgian side on potential and ongoing investment projects. So, during the meeting with the management of the largest European manufacturer of building materials “Soudal”, the Kazakh side offered the possibility of expanding activities in Kazakhstan. For the record, next year the company plans to open a number of representative offices in the regions of the West Kazakhstan region. In addition, at a meeting with “SES”, ranking second in the world in terms of turnover among satellite operators, investors were interested in implementing a number of projects in the field of digitalization.

Also, during the negotiations with the heads of “AMOS”, “BREG”, they considered the issues related to the implementation of joint projects in the field of renewable energy, MMC, construction, etc. 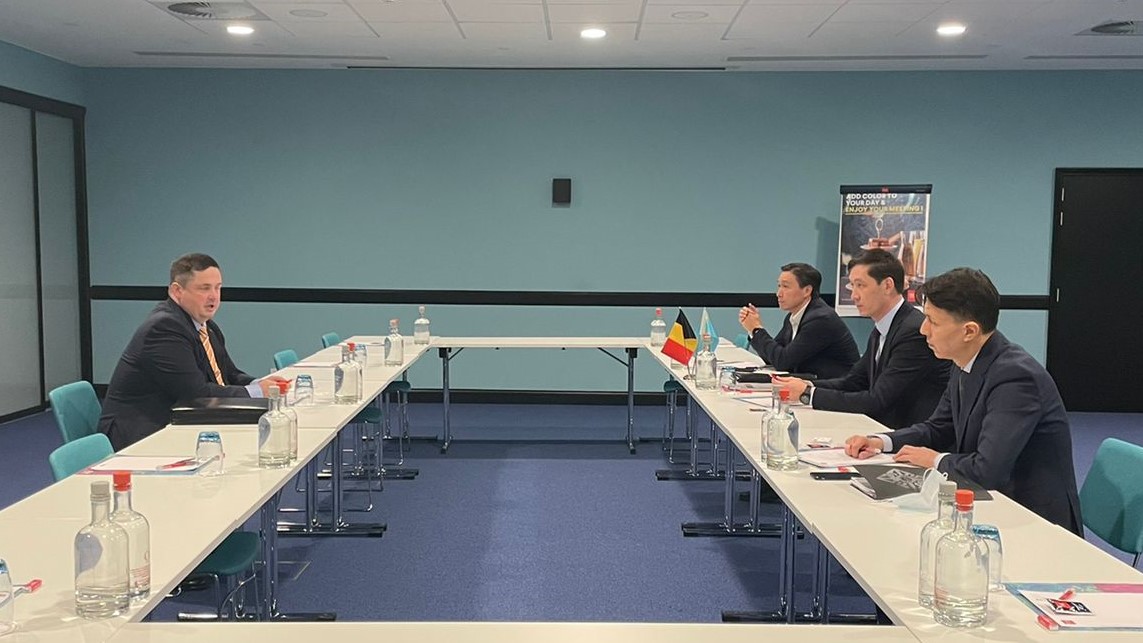 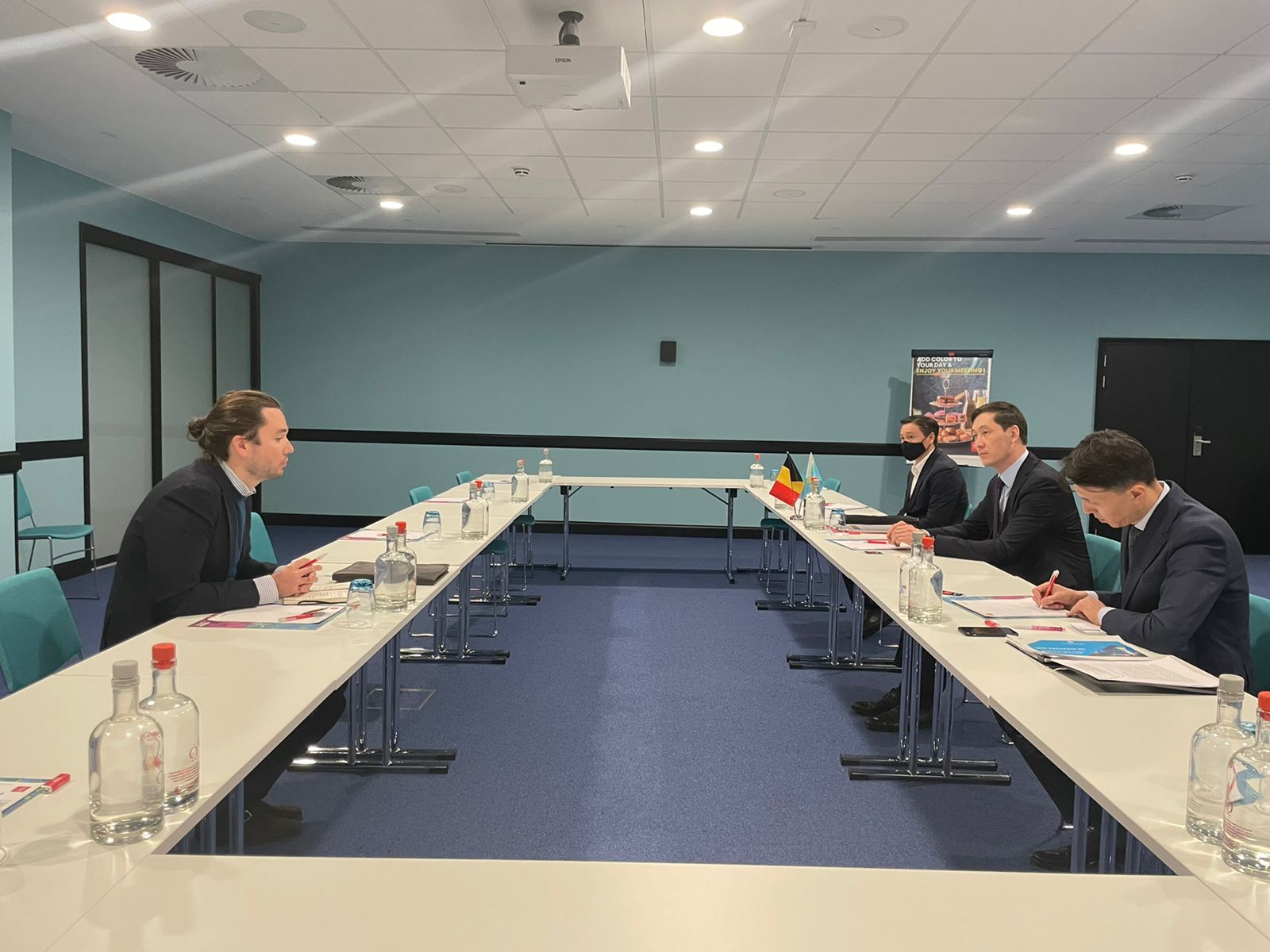 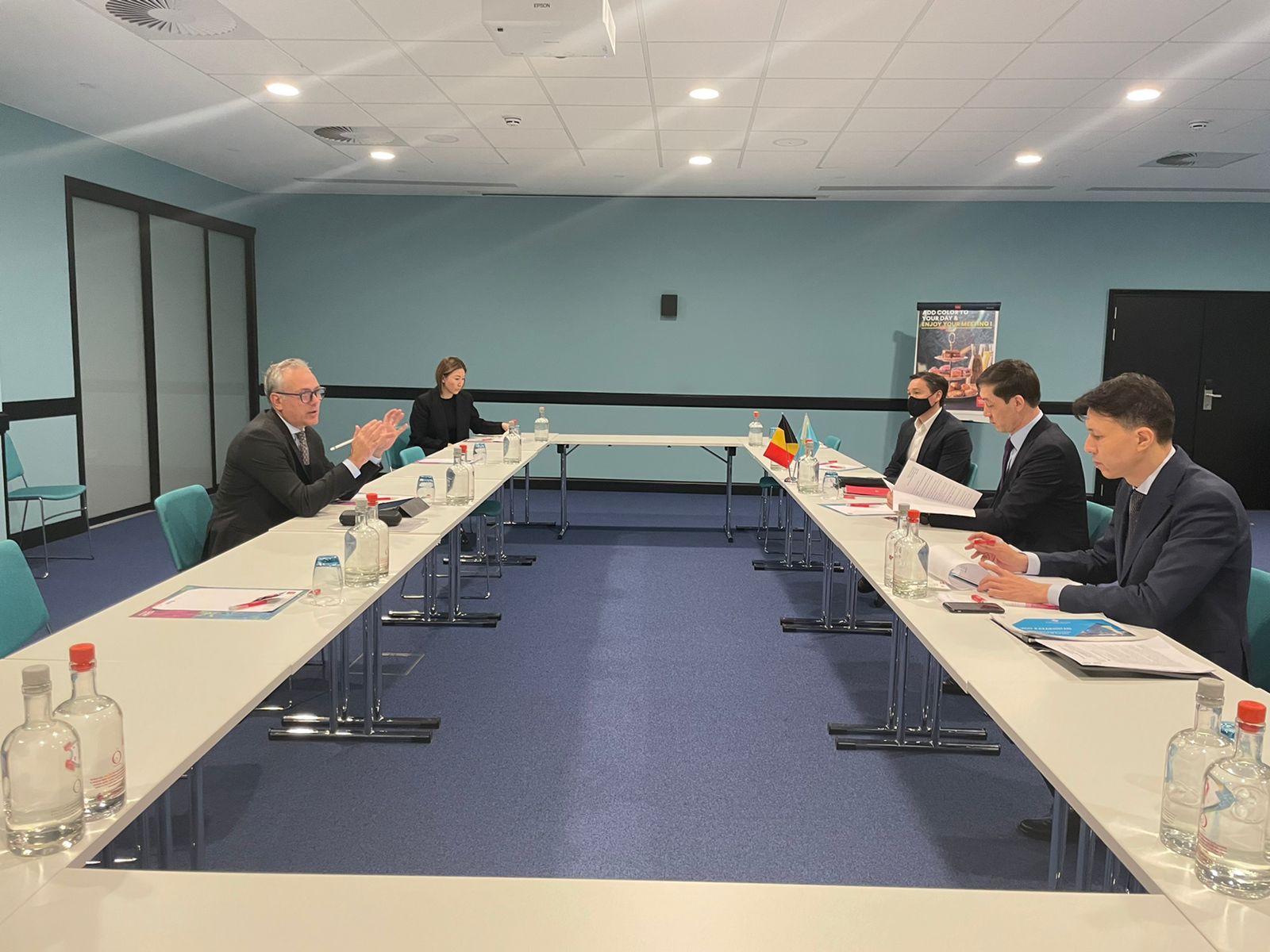 “Following the results of the negotiations of the Kazakh delegation, the increased interest on the part of Belgian business in cooperation with the Republic of Kazakhstan was noted. In addition to the ongoing projects, a number of completely new projects are being worked out in such sectors as construction, renewable energy, ICT MMС and others”, - said Chairman of the Investment Committee of the Ministry of Foreign Affairs of the Republic of Kazakhstan Ardak Zebeshev, expressing the hope that collaborative work will allow to increase the volume, expand the structure of interaction and implement large-scale projects in the future. By the way, over the past 15 years Belgium has invested more than $9 billion in the economy of Kazakhstan. Today about 70 enterprises with the participation of Belgian capital are successfully operating in Kazakhstan. It should be noted that the event was organized by the Ministry of Foreign Affairs of the Republic of Kazakhstan, the Embassy of the Republic of Kazakhstan in Belgium and “NC “KAZAKH INVEST” JSC.
Install the application:
1) Open the website in Safari
2) Click save
3) Add to home screen