Kazakhstan has seen a remarkable rise in World Bank 2019 Doing Business index, climbing to 28th out of 190 countries 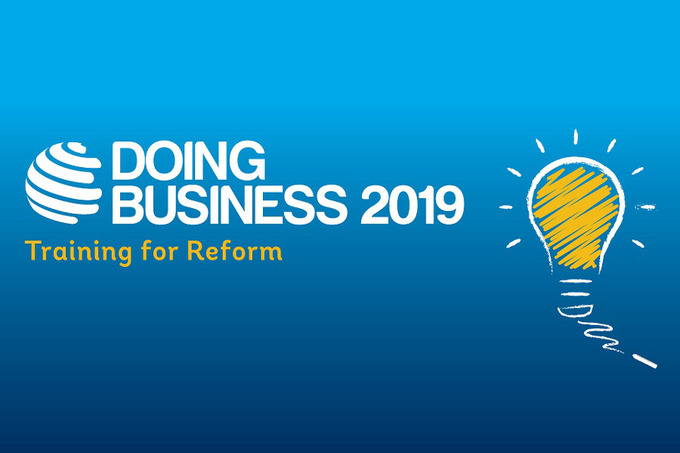 Significant strides in cutting red tape, streamlining business registration and increasing protection for investors has propelled the country into the top 30 for the first time. In just five years Kazakhstan has climbed 25 places, leapfrogging leading economies such as France, Poland, Japan, Turkey and the Netherlands.

The World Bank’s flagship business report, which tracks the ease of doing business in different countries around the globe, singled out Kazakhstan as the ‘economy establishing best regulatory performance’ and noted its extensive protection of minority shareholder rights.

Because of the ambitious government programme of reforms, it now takes just five days to open a business in Kazakhstan, significantly faster than the regional average of 11 days. The World Bank notes that reforms continue to take place in the right areas in Kazakhstan, as it has now become even easier for small and medium businesses to operate.

In a clear sign of the priority Kazakhstan is placing on its location as a strategic land corridor linking Europe and Asia, trading across borders has been made even easier. In the last year, the government has introduced an electronic customs declaration system, as well as reducing customs administrative fees, two reforms the World Bank singled out for praise.

Kazakhstan’s extensive investment in its road and rail network now means that it takes just 14 days for goods to travel from China to Western Europe, three times faster than via traditional sea routes.

Kazakhstan has implemented a series of robust business reforms over the last decade and these are clearly taking effect. Kazakhstan is now one of only a handful of countries to reform across all Doing Business indicators since the report launched in 2004.

Kazakh Invest, the national company for attracting high-quality investment to Kazakhstan, recently spearheaded a series of global investment roadshows to highlight the country’s extensive regulatory reforms. According to the Doing Business report, nineteen economies in Europe and Central Asia implemented a total of 54 regulatory reforms aimed at improving the business environment throughout 2018.