Kazakhstan and the United States: New horizons of investment cooperation 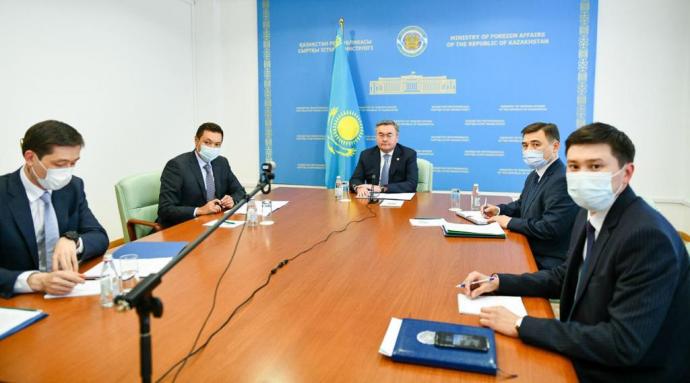 Kazakhstan and the United States discussed issues of economic cooperation within the framework of the U.S. – Kazakhstan Trade Investment Forum. During the online event, the parties discussed the possibilities of cooperation in such sectors of the economy as agro-industrial and mining and metallurgical complexes, energy, digital transformation, etc. The two-day event, dedicated to the 30th anniversary of diplomatic relations between Kazakhstan and the United States, was attended by about 500 delegates, including heads of multinational companies, heads of government agencies and international organizations.

In his welcoming speech, Mukhtar Tileuberdi noted the achieved level of expanded strategic partnership between Kazakhstan and the United States, and the significant amount of American investments attracted to Kazakhstan over the past 30 years. He expressed confidence that the Forum will give an additional impetus to the deepening of trade and economic cooperation between the companies of the two countries.

During the plenary session on economic cooperation between the United States and Kazakhstan, moderated by Andrey Kurilin, Country Officer of Citibank Kazakhstan, new investment opportunities in the post-pandemic period were discussed. The speakers were Chairman of the Agency for Strategic Planning and Reforms of the Republic of Kazakhstan - Governor of Astana International Financial Centre Kairat Kelimbetov, Minister of Trade and Integration of the Republic of Kazakhstan Bakhyt Sultanov, Chairman of the Board of the National Chamber of Entrepreneurs of the Republic of Kazakhstan “Atameken” Ablay Myrzakhmetov, Chairman of the Management Board of «NC «KAZAKH INVEST» JSC Meirzhan Yussupov, Assistant of the U.S. Trade Representative in South and Central Asia Chris Wilson, as well as President of International Public Affairs and Sustainability of UPS Penny Naas. 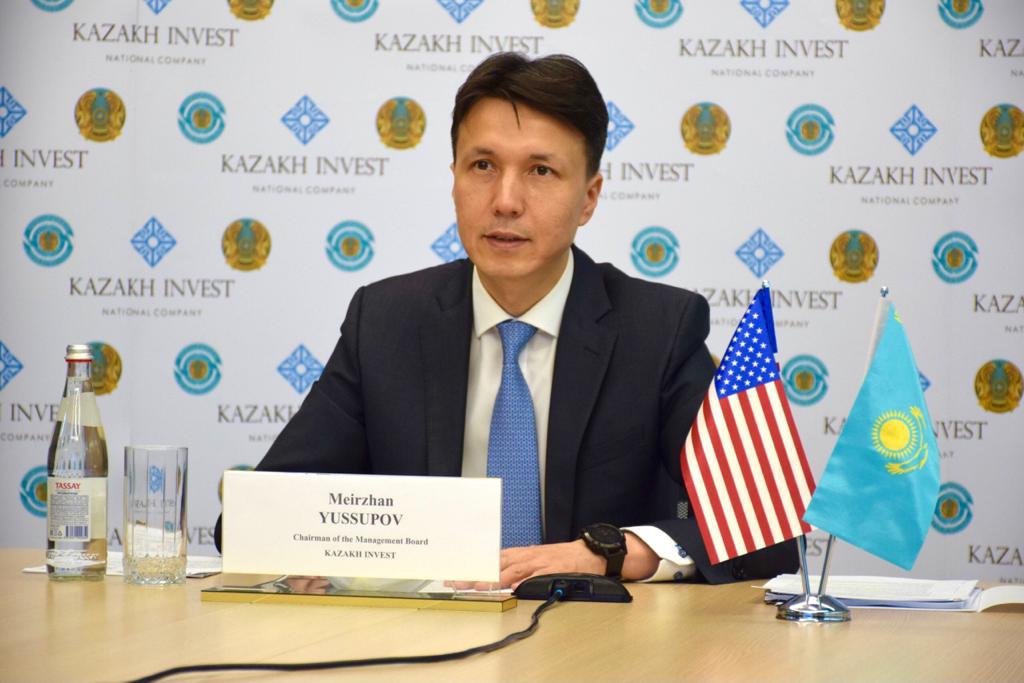 «Over the past 3 decades, American companies have invested more than $ 53.7 billion in the economy of Kazakhstan. Today, more than 600 American companies operate in Kazakhstan. In recent years, there has been a gradual increase in the interest of American businesses in the manufacturing sectors, including the agribusiness, as well as in the engineering, transport and logistics industries. In 2019, the volume of direct investment from the United States reached a record level of $5.5 billion, which is a quarter of the total investment inflow to the country. We are ready for further active work with our American partners to restore the indicators and growth in the post-pandemic period», - said Meirzhan Yusupov in his speech.

At the same time, the panel session discussed the development of agriculture and food production, where reports were made by the Minister of Agriculture of the Republic of Kazakhstan Saparkhan Omarov, Associate Administrator and General Sales Manager of the Foreign Agricultural Service of the USDA Clay Hamilton, as well as top managers of the companies of «Battered», «Tyson Foods», «Valmont», «Coca-Cola», «Mars»,   «Kusto Group», etc. During the expert meeting, the parties shared their vision of the development of a modern agribusiness, manufacturing industry, as well as the transition to sustainable agriculture. 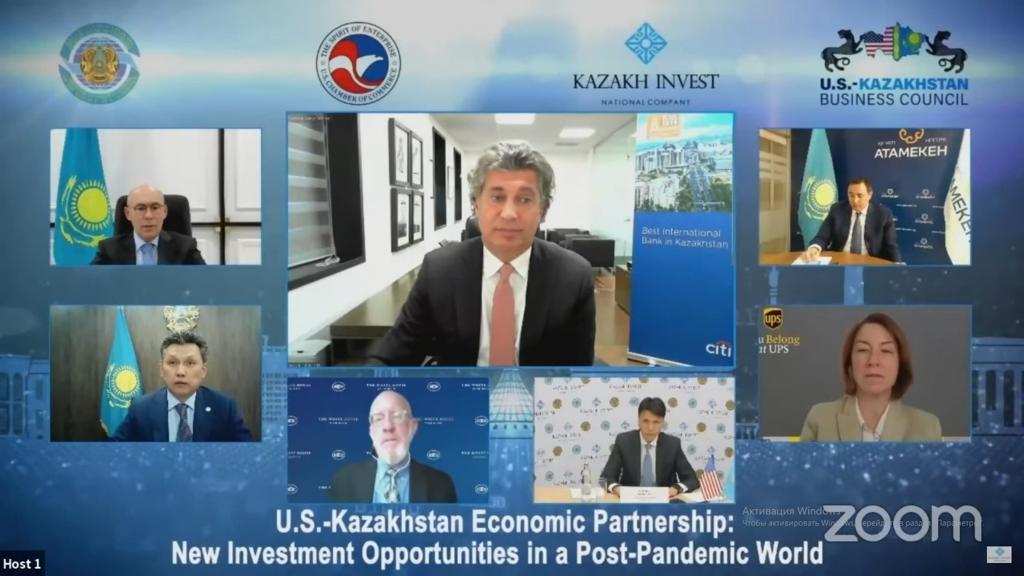 It is worth noting that during the second day of the event, panel sessions were held, where the parties discussed the possibilities of investment cooperation in the energy, mining and digital transformation sectors. The speakers of the panel sessions were Minister of Justice of the Republic of Kazakhstan Marat Beketayev, Minister of Ecology, Geology and Natural Resources of the Republic of Kazakhstan Magzum Mirzagaliyev, Ambassador of Kazakhstan to the United States Yerzhan Ashikbayev and U.S. Ambassador to Kazakhstan William Moser, as well as representatives of such large companies as «Amazon Web Services», «Kaspi», «IHS Markit», «Macro-Advisory», «MasterCard», etc.