Kazakhstan will encourage competition and limit the monopoly for attracting foreign investment - B. Sagintayev 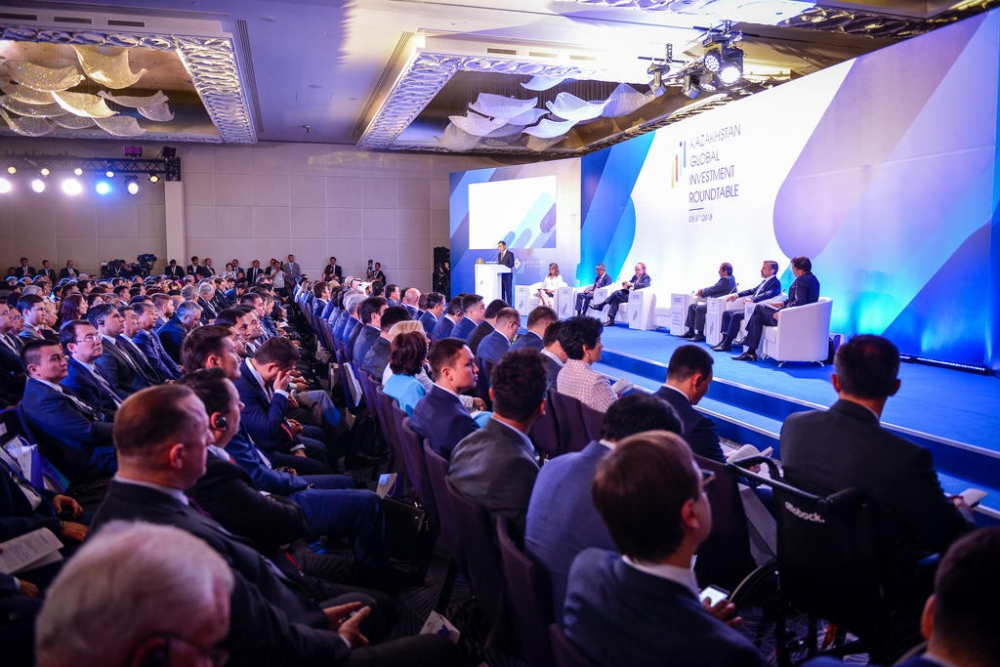 “I want to emphasize the improvements over this time: improving the investment climate, open dialogue with investors, improving the infrastructure for attracting investments - this is the strategic direction of the work of the Government. And one of the most important conditions for success is the modernization of the course held in the country” – said Sagintayev.

He recalled that last year President Nursultan Nazarbayev announced the third wave of modernization of Kazakhstan aimed at ensuring high-quality economic growth and determining the model of industrial and technological modernization in the conditions of the fourth industrial revolution.

“Now the work is deployed in all directions. There are first results for 2017: economic growth was 4%. At the same time, the contribution of non-oil sectors has provided almost two-thirds of the growth, which means that the Kazakh economy is increasingly beginning to rely on non-oil sectors. In the international Doing business ranking, we are ranked 36th in six positions: there are improvements in six indicators – we are in the first place in the protection of minotar investors. The gross inflow of foreign direct investment for 2017 amounted to almost 21 billion dollars, a quarter of this volume is sent to the manufacturing industry – it is 5.2 billion dollars, which is 27% higher than in 2016. In total, about 50% of all foreign investments are directed to non-oil sectors. The positive dynamics also remains this year. In 5 months of 2018, agreements were reached on the implementation of 69 new projects with large investors, including 10 transnational companies fr om China, Turkey, the USA, the UAE, the UK and the EU. Totally, 54 projects worth 3.9 billion us dollars will be completed in 2018. Also, the construction of 63 projects worth 6.8 billion us dollars will be started” – said the Prime Minister.

“We invite other investors to take part in these projects. All this is the largest investment projects that confirm the favorable investment climate in the country and the high reputation of Kazakhstan as a reliable business partner. The government values this and intends to continue the policy of creating attractive conditions for foreign investors. We will strengthen the coherence of national legislation with international economic and trade rules, increase transparency, improve the protection of property rights, ensure the rule of law, encourage competition and lim it monopoly. Our basic reference point is the standards of the member countries of the organization for economic cooperation and development” – concluded B. Sagintayev.

The Kazakhstan Global Investment Roundtable (KGIR) is an exclusive gathering of representatives who have arrived by invitation from approximately 600 organizations, namely, a meeting of international and Kazakhstan commercial and financial executives, investors, opinion leaders and representatives of international media. This forum was convened by the Prime Minister of the Republic of Kazakhstan Bakytzhan Sagintayev, with the participation of key government officials responsible for economic development.