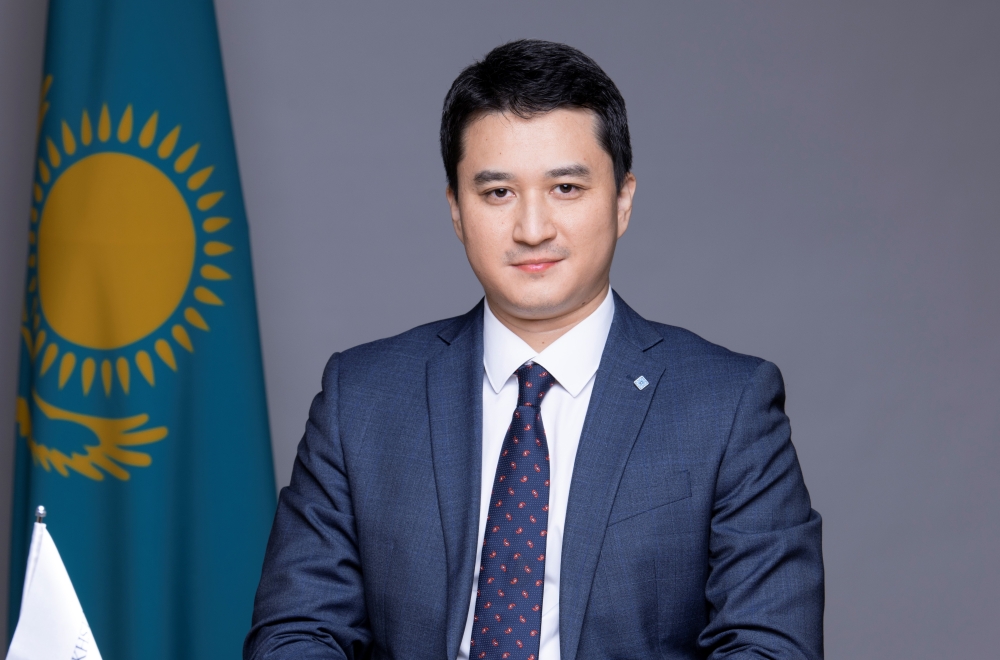 An interview on current issues of investment in Kazakhstan with Deputy Chairman of the Management Board of JSC "National Company "KAZAKH INVEST" Zhandos Temirgali.

How would you characterize the outgoing year?

2022 is marked by several major geopolitical and economic events that have affected the economy of Kazakhstan in one way or another.

At the beginning of the year, a large explanatory work was carried out with the international investment community, jointly with the Ministry of Foreign Affairs and the diplomatic missions of the Republic of Kazakhstan, to minimize the impact of the January events on the economy and the investment climate of our country. I believe that we succeeded because no investor left our country as a result, the implementation of projects continued, and all the main results of this year exceeded the indicators of previous years.

Undoubtedly, the military actions in Ukraine have had and continue to have a significant impact on the situation in the region. In particular, we are talking about the imposed sanctions and the migration of enterprises from neighboring countries.

In general, if in 2021 the inflow of foreign direct investment (FDI) in Kazakhstan recovered and returned to the "pre-pandemic" level ($23.8 billion), then in just 9 months of 2022, the gross inflow of FDI amounted to $22 billion. Therefore, there are grounds to believe that 2022 will become a record for the past 10 years in terms of attracting investments to Kazakhstan.

Moreover, from 2005-2010 about 75% of all foreign investments went to extractive sectors (mainly oil and gas), in the past 3 years this figure has decreased to 52% due to an increase in investments in the processing industry.

You mentioned an increase in indicators, what are the main results of the work of the National Company in 2022?

The main result of our work is the implementation of investment projects on the territory of the Republic of Kazakhstan. If as of the end of 2021, with the support of "KAZAKH INVEST", 44 production enterprises were commissioned with foreign participation under a total of $3.6 billion, then in 2022, 46 projects were launched for a total of $4.1 billion with the creation of more than 6 thousand new jobs.

Performing the functions of a single operator for supporting investment activity in the Republic of Kazakhstan, we provide comprehensive support at all stages, from the process of attracting investments to localization in a specific region. The current year marked a revival of business activity, with the support of KAZAKH INVEST, 227 visits of potential investors to the regions of Kazakhstan were organized, during which the sites for localization of production were examined, negotiations were held with the regional authorities and business structures, and investment proposals were prepared.

One of the key tools of work and a platform for attracting new investors is the holding of events. In the current year, "KAZAKH INVEST" organized 14 major investment events, half of which were held during visits by the Head of State. Among them, it is worth noting round tables with the participation of the President of Kazakhstan, Kasym-JomartTokayev, and the heads of the largest companies in the United States, France, Turkey, Saudi Arabia, and other countries. In general, the foreign economic activity of the Head of State gives a serious impetus to investment cooperation, as during such events bilateral documents are signed, and meetings at the level of management are held to discuss the prospects and conditions for implementing projects in Kazakhstan.

Which projects launched this year can you highlight? 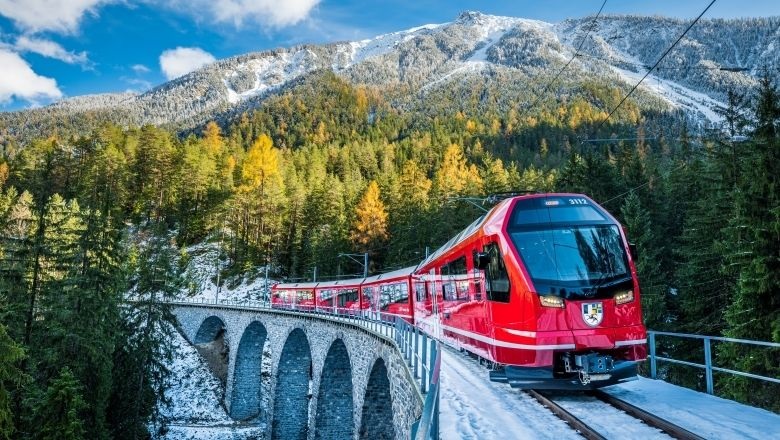 In addition, negotiations have started with completely new investors, including Skoda Transportation (Czech Republic) with a project to produce modern passenger transport, Clariant (Switzerland) on a project to produce household and industrial chemistry, as well as with the multi-sector holding Adani Group (India).

You also mentioned the process of withdrawing from neighboring markets and relocating companies. How has this affected your work?

Indeed, with the introduction of sanctions restrictions on neighboring countries, there has been increased interest among international companies looking to maintain their presence in our region to localize in Kazakhstan. Our country offers a stable jurisdiction with a comfortable investment climate and access to large markets for these companies. It is also worth noting Kazakhstan's favorable geostrategic position and its rich mineral resources.

As a result of the situation, the volume of our work has increased. Since spring 2022, we have been conducting monitoring and in-depth analytical work targeting companies. It is important to note that we are mainly interested in production enterprises, rather than just international brands or stores, which there are thousands of on the market. At present, around 400 companies are being developed by us. At the same time, negotiations with more than 60 companies have reached the stage of discussing specific projects, including 21 companies that have already been relocated to Kazakhstan this year.

At the same time, I would like to note that work is traditionally conducted individually with each investor within the framework of our mandate. Not all companies, for various reasons, position their actions as "relocations", and we respect the expectations of their shareholders, market strategies, and corporate culture.

Do you only provide support to foreign companies?

This is a common misconception. Firstly, there is no distinction between domestic and foreign investors in the legislation of the Republic of Kazakhstan. Therefore, all persons carrying out investment activity in our country (with domestic, foreign, or mixed participation) have equal access to state support tools. The only difference is that local businessmen do not need to explain the investment advantages of Kazakhstan, or the conditions and specifics of the country.

Furthermore, our tasks include the prosperity of Kazakh enterprises and the development of the domestic economy. We have established close ties with Kazakh businesspeople and industry associations who approach us with projects that require investment. Every year, we prepare 70 investment proposals in accordance with international "Big Four" standards for foreign investors on new projects proposed by Kazakh businesses.

Many domestic businesspeople desire partnership with foreign transnational companies that not only have financial resources but also advanced technologies and practices, as well as established channels for supplying the global market.

In working with foreign companies, we always emphasize the importance of preserving the environment and creating quality jobs for the citizens of Kazakhstan that provide safe working conditions, decent salaries, and continuous professional development. 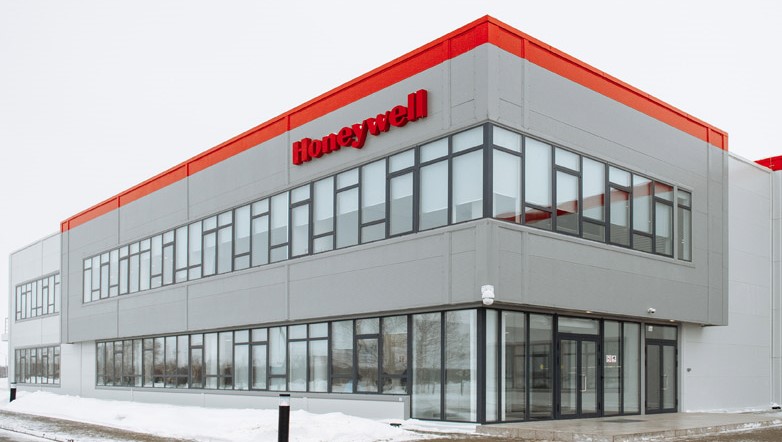 Information about the success of Uzbekistan in attracting investments is gaining popularity on the Internet, how can you comment on this information?

Currently, about 60% of foreign investments in the Central Asia region go to the Republic of Kazakhstan.

Meanwhile, Uzbekistan is not only our neighbor but also a brotherly country. The economic system of our region is currently experiencing a qualitatively new stage of its development. We are simultaneously observing both intraregional integration and the rapid integration of Central Asia into the changing global economic processes, including through the development of transport and logistics routes.

For example, on December 21, 2022, the Uzbekistan-Kazakhstan Interregional Business Forum was held in Tashkent. The event became a platform for discussing current and prospective cooperation projects between the two countries, seeking new opportunities for investing and developing business. It is necessary to note the high interest in the event, as a result of which 40 commercial documents were signed for a sum of more than $2.5 billion.

During work with international investors, it became obvious to us that they appreciate not only the investment attractiveness of individual countries, but also the entire region as a whole. Therefore, we are all interested in each other's prosperity, peace and stability in the region, development of infrastructure, improvement of the investment climate and increase in the population's purchasing power. Meanwhile, the population of Central Asia is approaching 80 million. This is a new dynamic market.

In this context, it makes sense for the two largest economies in the region, Kazakhstan and Uzbekistan, to jointly position themselves on the global investment map in order to increase the attractiveness of Central Asia as a whole for investment.