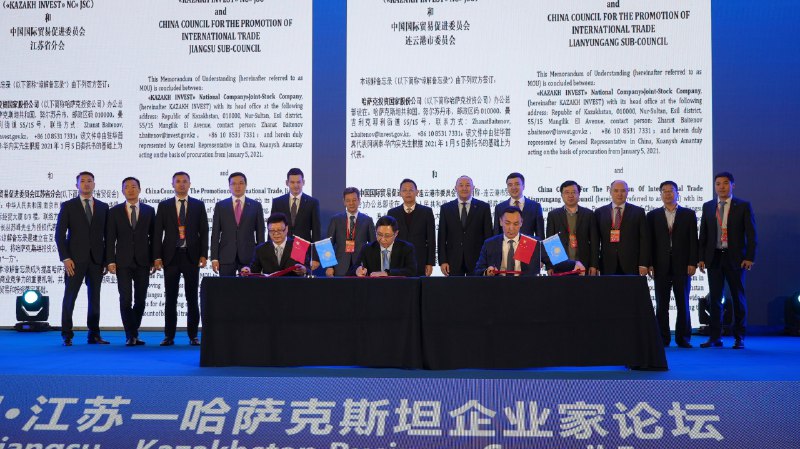 The development of investment, trade and economic, as well as transport and logistics cooperation between business circles of Kazakhstan and Jiangsu province was discussed on the sidelines of the Enterprise Forum of the Business Council of Kazakhstan and China. The forum brought together about 60 representatives of leading Chinese companies.

The forum was organized by the Representative Office of "NC" KAZAKH INVEST" JSC in China together with the Consulate General of Kazakhstan in Shanghai and "NWF" Samruk-Kazyna" JSC and People’s government of Lianyungang city (Jiangsu province).

Forum was opened by speeches of the General Secretary of the CCPIT Yu Jianlong, the Chairman of the People's Political Consultative Council of China of Lianyungang Wang Jiapei, the Deputy Chairman of the CCPIT of Jiangsu Province Tsun Sufeng, Managing Director for Investments, Privatization and International Cooperation of “SWF” Samruk-Kazyna” JSC Yernar Zhanadil, Consul General of Kazakhstan in Shanghai Rakhimzhan Rakhimov, as well as heads of state bodies and large companies of the two countries. In his statement, Rakhimzhan Rakhimov informed the participants of the event about the achieved results of trade and economic relations between Kazakhstan and China, and also encouraged business community of Chinese companies to mutually beneficial cooperation on investment projects, the joint implementation of which will give a new impetus to bilateral economic relations. 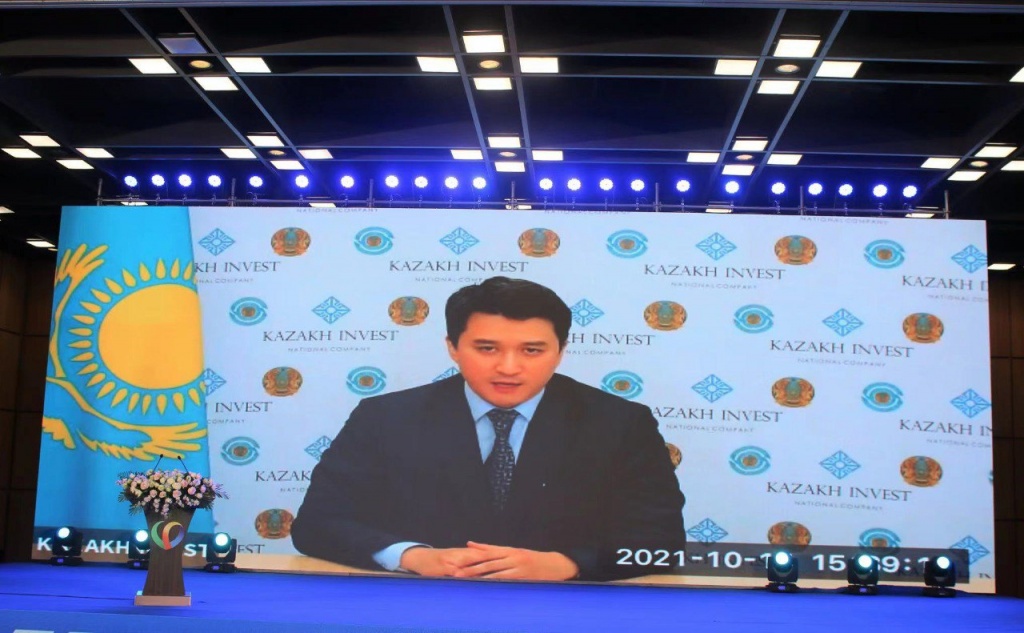 In the event in the form of video conferencing, the Deputy Chairman of the Board of “NC “KAZAKH INVEST” JSC Zhandos Temirgali made a welcoming speech and expressed his readiness to establish investment cooperation with Chinese companies in Jiangsu province, as well as to assist in obtaining appropriate measures of state support. General representative of "NC "KAZAKH INVEST" JSC in China Kuanysh Amantai presented the advantages of the investment climate of the Republic of Kazakhstan, benefits and preferences for investment projects in priority sectors of the economy of the Republic of Kazakhstan, as well as the current state of investment cooperation between Kazakhstan and China.

In addition, within the framework of the online meeting, project managers of “NC “KAZAKH INVEST” JSC Dinara Isabekova and Samat Almagambetov presented the prospects for investment cooperation in the field of pharmaceuticals and agro-industrial complex.

The Head of the Representative Office of “Samruk-Kazyna” JSC in China Iskander Baytasov presented the activities of the Kazakhstan National Welfare Fund.

Following the forum, for further development of the investment cooperation with manufacturing and processing companies in Jiangsu province, the Representative Office of “NC “KAZAKH INVEST” JSC in China signed a memorandum of cooperation with the Committee for the Promotion of International Trade of Jiangsu Province and Lianyungang City. 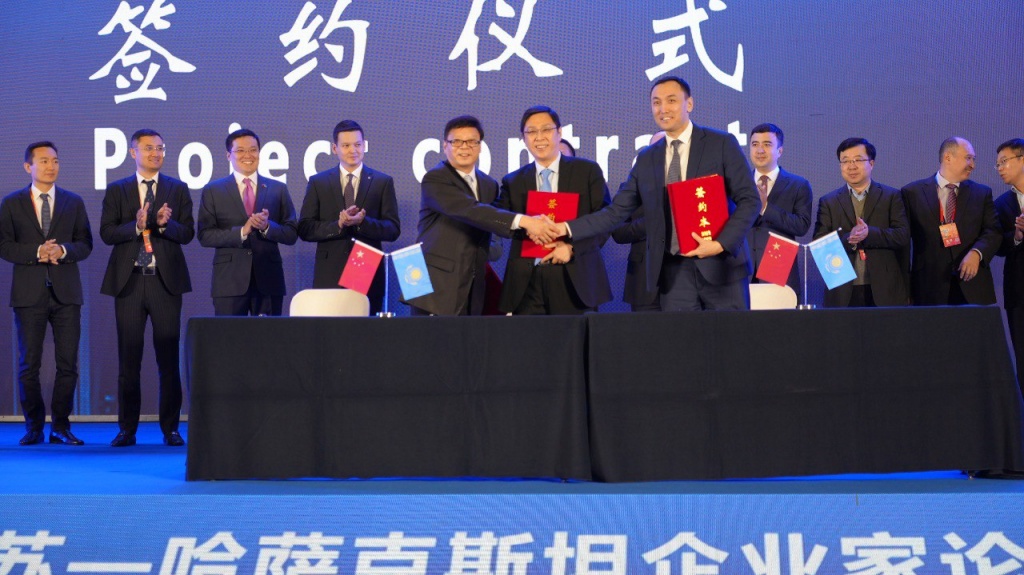 In addition, the Representative Office of “NC “KAZAKH INVEST” JSC took part in the organization of the symposium “Integrated Supply Chains of the Lianyungang-Caspian Sea", which discussed the prospects for trade and economic, as well as transport and logistics interaction between China and the countries located in the Caspian Sea Region. The event was attended by over 140 representatives of the largest companies in China, South Korea, Japan, Germany and Italy, specializing in transport, logistics, trade, as well as energy, etc.

Furthermore, the Chairman of the Board of Directors of “ACE Group” Sun Wangping presented an investment project proposing the creation of a production and logistics base on the Kazakh coast of the Caspian Sea.

Within the framework of the project, it is planned to form a new regular transport route connecting the port of Lianyungang and the port of Aktau. It, in turn, will contribute to the growth of trade volumes between China, the western regions of the Republic of Kazakhstan and the countries of the Caspian region, the placement of production sites of enterprises from the PRC and the countries of Eastern and Southeast Asia in Kazakhstan, as well as the formation of new production supply chains between the regions of the Caspian and Yellow Seas.

It is worth mentioning that the project is being pursued by the Representative Office of “NC “KAZAKH INVEST” JSC in China and “ACE Group” since 2019.

For reference: Jiangsu province is the eastern province of the PRC, located on the coast of the Yellow Sea. Jiangsu is one of the most important provinces in China, occupying a leading position in economic development, agricultural and industrial products, as well as the living standards of the population.

Jiangsu's main trading partners are ASEAN countries, the EU and the United States. The most developed sectors of the Jiangsu economy are the chemical and petrochemical industries, the production of electrical appliances, agricultural processing and food processing, light industry, transport and logistics.