The Head of State Visited the CLAAS and Alageum Electric Plant 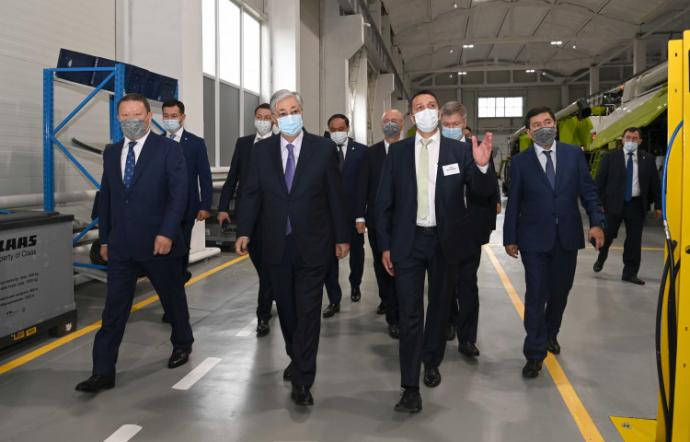 As part of the working visit of the Head of State Kassym-Jomart Tokayev to the North Kazakhstan Region, the opening of one of the largest factories for the assembly of agricultural machinery CLAAS took place.  During the visit, the President was shown grain harvesters, tractors and sowing complexes assembled here, and also told about plans for further development of production.

The Head of State highly appreciated the international reputation of CLAAS and stressed the need to establish long-term cooperation with the German concern.

"The arrival of CLAAS on the Kazakh market is an event of a very large scale, at least, going beyond the borders of Kazakhstan. This is a major investment event", - noted the President during the meeting. 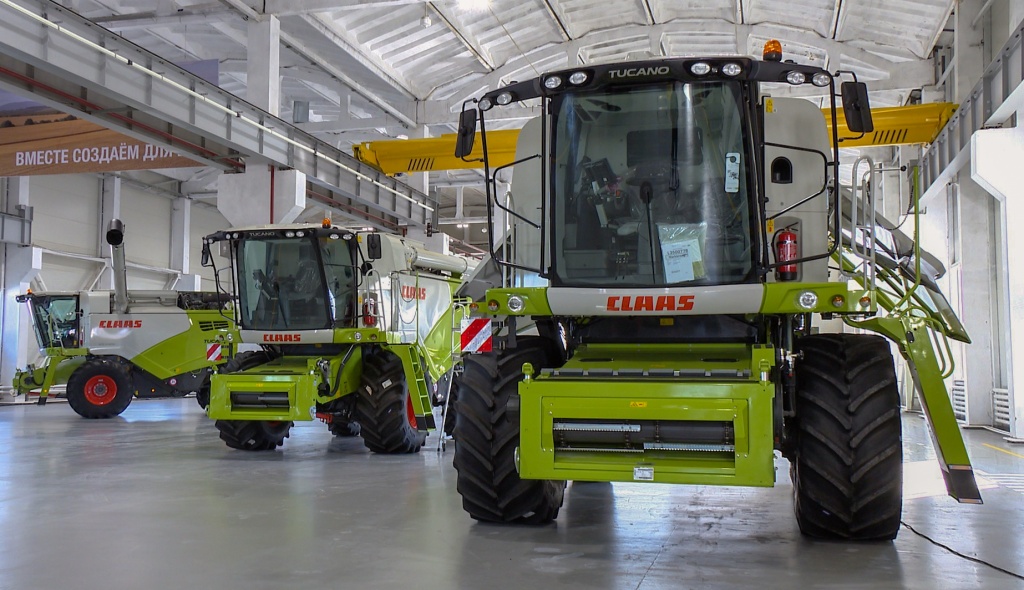 It is worth noting that the project implemented on the territory of the special economic zone "Qyzyljar" involves the assembly of Tucano combines, Xerion tractors and CERIO harvesters. The plant worth about 3 billion tenge will create 100 permanent jobs. According to investors, this year the plant will produce about 100 units of equipment with an increase in production to 500 units per year. At the same time, it is planned to increase the localization level to 30% by 2025, with the inclusion of Kazakh plants in the company's global supply chain around the world. 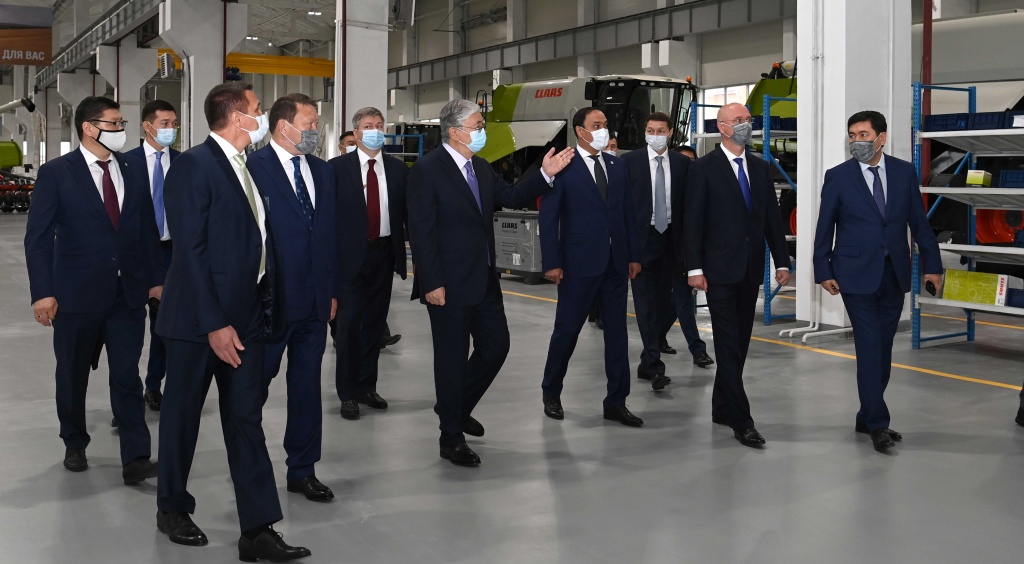 "CLAAS has been present on the market of Kazakhstan for about 30 years, and all this time we have consistently expanded the scale and formats of cooperation with farmers of the country. A huge amount of work was carried out by the Kazakh side, in particular, the Ministry of Industry and Infrastructure Development, the Ministry of Foreign Affairs, the Akimat of the North Kazakhstan Region and KAZAKH INVEST. We expect that the opening of the plant will make the contribution of the CLAAS brand to the successful development of the country's agribusiness even more significant", - said Dr. Nils Roitsch, Regional Director of CLAAS in the EAEU,

According to him, thanks to the provided preferences of the FEZ, Kazakh farmers will have access to cheaper CLAAS equipment, which will have a positive impact on labor productivity in the agricultural sector.

"Today, a new production of high-performance agricultural machinery is opening in Petropavlovsk. For 3 years, KAZAKH INVEST has provided full support to this project. It is worth noting that today there are only 13 factories of the CLAAS brand in 8 countries of the world. And this plant will become the third in the CIS, after Uzbekistan and the Russian Federation. It is very important to attract multinational companies to the economy of the Republic of Kazakhstan. This is a historic day not only for our region, but also for our entire country", - summed up Regional Director of KAZAKH INVEST in North Kazakhstan Region Daniyar Shalabayev. 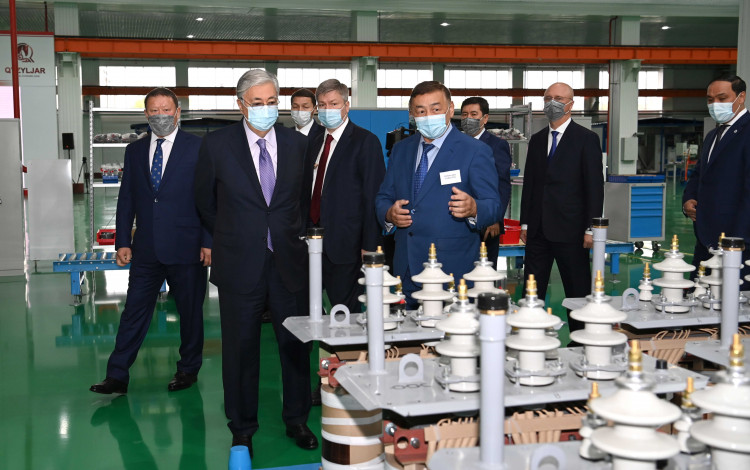 At the same time, as part of a working trip to the North Kazakhstan region, the Head of State got acquainted with the work of the Petropavlovsk Electrotechnical Plant "Alageum Electric", implemented with the support of "NC "KAZAKH INVEST" JSC.  The head of state was presented with a technological line for the production of transformers, told about measures of social support for employees and plans for further expansion of production. 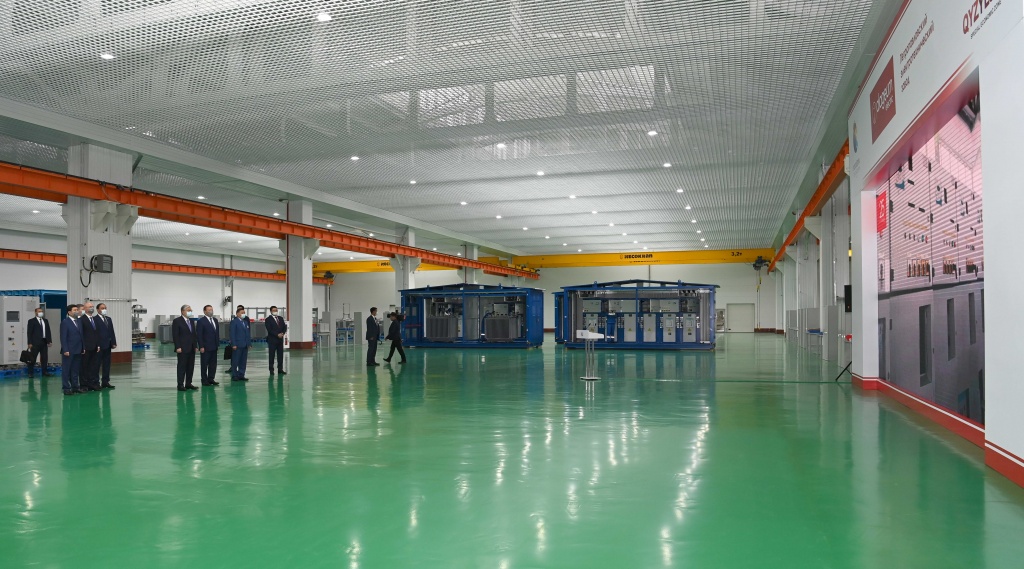 According to investors, the capacity of the project worth 10 billion tenge is 13,000 transformers per year. At the same time, 98% of the products will be exported to the CIS countries. About 350 people will be employed at the plant.

By the way, in addition to creating new jobs, the construction of the plant will ensure the development of the economic and industrial potential of the territory, increasing the revenues of the regional budget. In addition, the project will reduce not only the share of imported goods in the market of Kazakhstan, but also increase the export potential of the country.

It is worth noting that such production is the first in the North Kazakhstan region.

"CLAAS" is the European leader in the market of combine harvesters. The company's product range includes the most modern information technologies in the field of agriculture. Today, CLAAS employs more than 11,000 employees worldwide. The turnover for the 2020 financial year amounted to 4 billion euros.