Business meetings of Kazakhstan will take place in Paris 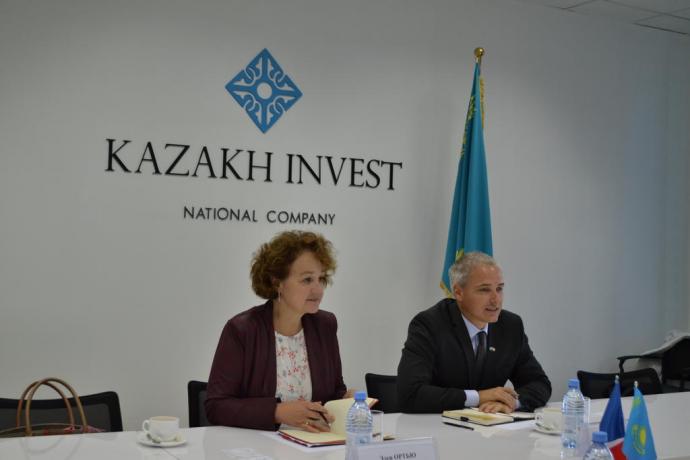 With the purpose of discussing cooperation within frames of organizing the Business meetings of Kazakhstan, which will take place on April the 15th 2019 in Paris, Kazakh Invest JSC NC held a business meeting between representatives of the Embassy of France in Kazakhstan and Business France French government agency.

The following persons took part in the negotiations: Loran Damass – Head of the Trade Mission of the Embassy of France, Elen Ortew – Business France Agency Director and Saparbek Tuyakbayev – Chairman of Kazakh Invest National Company Board of Directors.

In the course of the meeting Saparbek Tuyakbayev – Chairman of Kazakh Invest National Company Board of Directors – noted that Kazakhstan can offer opportunities for development in priority industries of economy to French investors and enterprises.

Also besides cooperation within frames of organizing the upcoming event the meeting covered discussion of issues of cooperation between the parties in the field of attracting investments to Kazakhstan. Kazakh Invest JSC NC took the decision to send to the French party a list of projects requiring investments with the purpose of further assistance in searching for partners.

The parties noted that mutual efforts will be aimed at organizing the event, which in its turn is aimed at attracting of French investments to economy of our country.