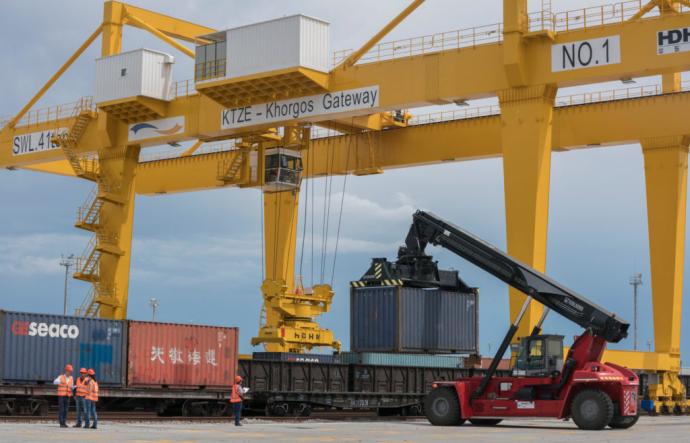 ASTANA – Nearly $35 billion have been invested in Kazakhstan’s transport sector over the past five years, with 2,500 kilometers of new railways being built, said Deputy Chair of the Kazakh Transport Committee Kassym Tilepov at a plenary session during the fifth Kazakhstan Global Investment Roundtable on Oct. 19 in Astana.

At a time when global transport and logistics networks are being redirected because of the geopolitical circumstances, the task for Kazakhstan is to adapt to what Tilepov described as a “new logistical reality.”

“Given the current situation worldwide, we see changes in transport. Our task is to adapt to ensure logistics in a new economic reality. Kazakhstan takes enormous effort to develop transit and transport in the region and modernize transport corridors,” he said, addressing the session at the roundtable that gathered nearly 3,000 participants in an offline and online format.

Tilepov also said that despite disruptions in the global transport system, transit is growing. In 2021, railway transport carried 123.7 million tons, including 83.5 million tonnes of exports and 21 million tons of transit. Container traffic from China to Europe reached 377,600 TEU.

Countries in the region are turning to the Trans-Caspian International Transport Route (TITR), known as the Middle Corridor, to diversify their routes. The Middle Corridor is a rail freight and ferry system linking China with Europe and starts from Southeast Asia and China, and runs through Kazakhstan, the Caspian Sea, Azerbaijan, Georgia, and Türkiye before reaching Europe.

On March 31, the governments of Azerbaijan, Georgia, Kazakhstan, and Türkiye signed a declaration on the Trans-Caspian East-West Corridor, which is designed to strengthen the countries’ transport potential. The declaration also noted the important role of the Baku-Tbilisi-Kars railway line in promoting competitive transport between Europe and Asia and stressed the importance of improving the capacity of the railway line.

“Rapid growth in traffic, however, exposed bottlenecks both on the territory of Kazakhstan and across the route. In Kazakhstan, it is about single-track sections, lack of electrification, shortage in rolling stock, and lack of our own ferry fleet,” said Tilepov.

Tilepov said that Kazakhstan plans to create a container hub in Aktau to increase the flow of traffic. Now they are working to lure international container shipping companies, such as Danish APM-Maersk, Geneva-based Mediterranean Shipping Company, and French CMA-CGM.

Kazakhstan’s port infrastructure will also benefit from the ongoing construction of the Sarzha sea terminal, which can help bring the seaport’s capacity to 30 million tons. 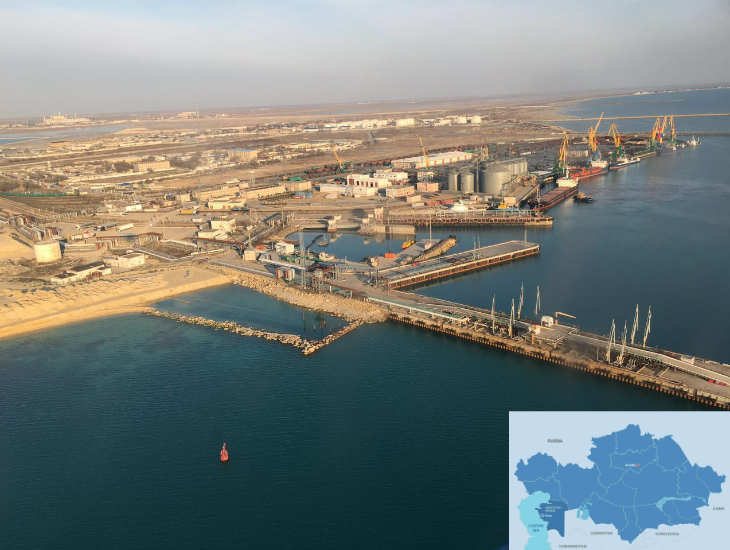 “On the Caspian Sea, we are also cooperating with Iran on the North-South route. We have a stable transport connection between ports in Aktau and Amirabad. Container traffic on the Kazakhstan-Turkmenistan-Iran overland railway route is being established. This year, the volume of cargo on this route grew 10 times, compared to last year, and transit cargo by 4 times,” said Tilepov.

In his remarks, he also spoke about the civil aviation industry, which had returned to pre-pandemic levels. Air travel is available from Kazakhstan across 112 routes to 28 countries, with 490 flights per week.

“In 2021, new routes were opened to Qatar, Kuwait, the United Arab Emirates, Maldives, and Sri Lanka. In 2022, new routes were launched to Italy and Greece. The launch of flights is expected from Astana, Shymkent, and Aktau to Ankara and from Astana and Almaty to Nan Chang. Flights will be resumed to Thailand, Mongolia, and Turkmenistan and increased to China, India, United Kingdom, Saudi Arabia, and Uzbekistan,” he said.

“Previously, all our export routes were mostly across Russian Federation, including oil and gas export, and commodity exports, and now we should really diversify it focusing on other routes, such as Middle Corridor, which connects China to the seaports in the Caspian Sea and further Azerbaijan via Georgia and Türkiye to Eastern Europe,” he said.

But not only Kazakhstan faces this challenge, as other countries are struggling to redirect their routes as well.

“We are also part of a global trade and logistics system. We continue our quasi-government sector investment in the railway system, seaport, multimodal system, aviation sector and I think this is something where Kazakhstan should invite investors as we did to the oil and gas sector previously,” said Kelimbetov.

Kazakhstan’s ambition to increase production must go hand in hand with efforts to enhance logistics and digitization will play an essential role in achieving this goal, according to the AIFC governor.

KGIR is hosted annually to provide a platform for government representatives, top global executives, major investors, experts, opinion leaders, and media to foster discussions on the economy, and investments, among other pressing issues. This year, over 500 representatives of leading international companies and local businesses, investors, and experts have been invited to the event.