For the period of Kazakhstan’s independence, $330 billion of foreign investment attracted from 120 countries 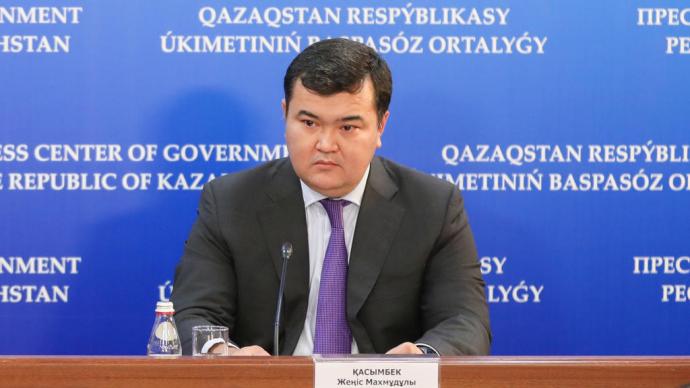 Today at a press conference in the Government, the Deputy Prime Minister Zhenis Kassymbek spoke about the progress in implementing the investment policy of Kazakhstan.

The deputy prime minister noted that in the Address of the Head of State the task of attracting foreign investment in the non-primary sector is identified among the main priorities.

“During the period of independence of Kazakhstan, $330 billion of foreign investments from more than 120 countries was attracted. The bulk of investments — more than 50% — falls on the countries of the European Union, including: Switzerland — 25.8 billion, France — 16.1 billion, Italy — 8.7 billion, the Netherlands — 90.4 billion, Belgium — 7.6 billion, Germany — 5.2 billion. The United States accounts for 15% of foreign direct investment or 48.4 billion. About 5% is made up of investments from the UK and China,” said Zhenis Kassymbek.

Since 2010, Kazakhstani authorized bodies for foreign investment have considered about 650 projects. Of these, projects proposed by investors from European Union countries — 185, the Russian Federation — 111, Turkey — 80 and China — 55 projects, etc. Of the proposed projects, priority is given to high-tech projects that provide a transfer of modern technology, with high Kazakhstan content and ensure maximum job creation for citizens of the Republic of Kazakhstan. During this period, 235 projects were implemented for $16.2 billion (other projects are under consideration), of which 133 projects were implemented with countries of the European Union and the Russian Federation.

“In the conditions of global instability and sanctions confrontation, investors choose countries with a stable investment climate. Each country seeks to increase its investment rating, as not only capitals come to the country, but also new modern technologies,” said Kassymbek.

China, being one of many investors, has funded and implemented 15 projects, which is about 6% of the total number of projects implemented since 2010.

To date, the list of joint Kazakh-Chinese projects in the field of industrialization and investment includes 55 projects totaling $27.6 billion.

From 2015 to the present moment, 15 projects have been launched for a total of $3.9 billion. Projects are being implemented in high-tech sectors of the economy: mechanical engineering, chemical industry, energy, alternative energy and agribusiness. 3,828 jobs were created.

“All of these projects in various regions of the country use modern technology, are export-oriented, and create jobs for Kazakhstanis. This is not about transferring any existing plants, but about technology transfer. As a result of the implementation of the Kazakh-Chinese program of industrial and investment cooperation, it is expected to create a number of high-tech enterprises capable of producing high-quality domestic products with high added value, oriented to export to foreign markets, while creating about 20 thousand new jobs,” summarized Zhenis Kassymbek.