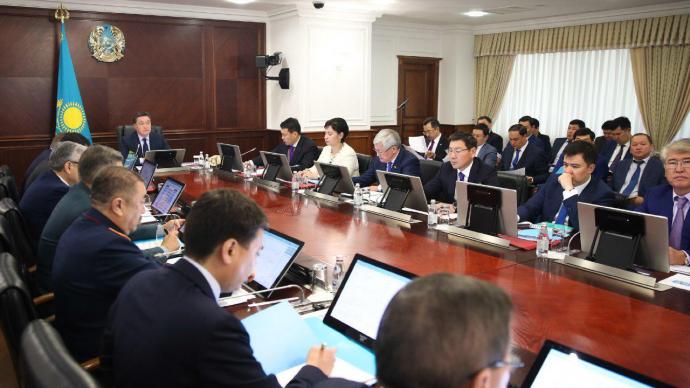 At the meeting of the Government chaired by the Prime Minister Askar Mamin, the development of special economic and industrial zones were considered. The reports of the Ministries of Industry and Infrastructure Development, Energy, Samruk Kazyna, and akims of the regions were heard.

As the Head of the Government Mamin noted, it is necessary to work on attracting new projects and investments systematically, to create jobs. For this, the regions should involve professional management companies with successful international experience in the working at such zones.

In order to improve the efficiency of work and management of zones, the prime minister instructed to develop criteria for priority financing of successful and prospective zones. In turn, when including projects in the free economic zones, regional akimats need to focus on manufacturing with high added value and export-oriented.

Given the new legislation simplified procedures for investors and management companies. To further ensure the inflow of private investments, as Mamin noted, the work should be built on the principle of “one window.”

Summarizing the consideration of the issue, the prime minister instructed to develop a development strategy for a separate special economic and industrial zonses for a three-year period.

“Special economic and industrial zones should be the growth points of the regional economies,” said Askar Mamin. “For this, we need well-defined and coordinated work, high-quality projects.”