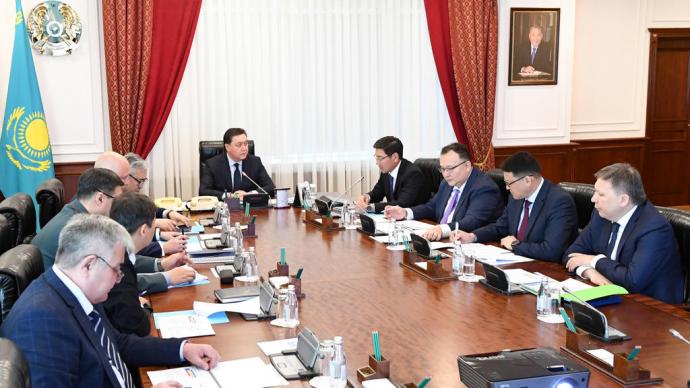 Prime Minister Askar Mamin held a working meeting on the implementation of the fifth generation communication network in Kazakhstan.

The impact of the introduction of new technology on the expansion of opportunities for the development of the digital economy and the Internet of Things was discussed.

Mamin was informed that the increase in the flow rate and throughput of the transmitted data will give a serious impetus to the implementation of projects in digitalization of housing and public utilities, agriculture, industry, and healthcare in the development of telemedicine, the introduction of Smart City components, and the improvement of safety, etc.

According to the Ministry of Digital Development, Defense and Aerospace Industry, Kazakhstan, along with the United States, South Korea, Switzerland, Estonia, is among the ten countries in the world that have begun piloting the introduction of the new Network.

As part of the creation of infrastructure to cover the territory of the country by 5G before the end of this year, it is planned to implement a pilot project in Nur-Sultan, Almaty, Shymkent. In general, it is expected that the network 5G will cover all settlements with a population of over 50 thousand people.

Following the discussion, the Prime Minister Askar Mamin commissioned to develop an Action Plan for the implementation of 5G in Kazakhstan.

The Minister of Digital Development, Defense and Aerospace Industry Askar Zhumagaliev, Minister of Industry and Infrastructure Development Roman Sklyar, Chairman of the Board of Kazakhtelecom JSC Kuanyshbek Yessekeyev and others attended the meeting.