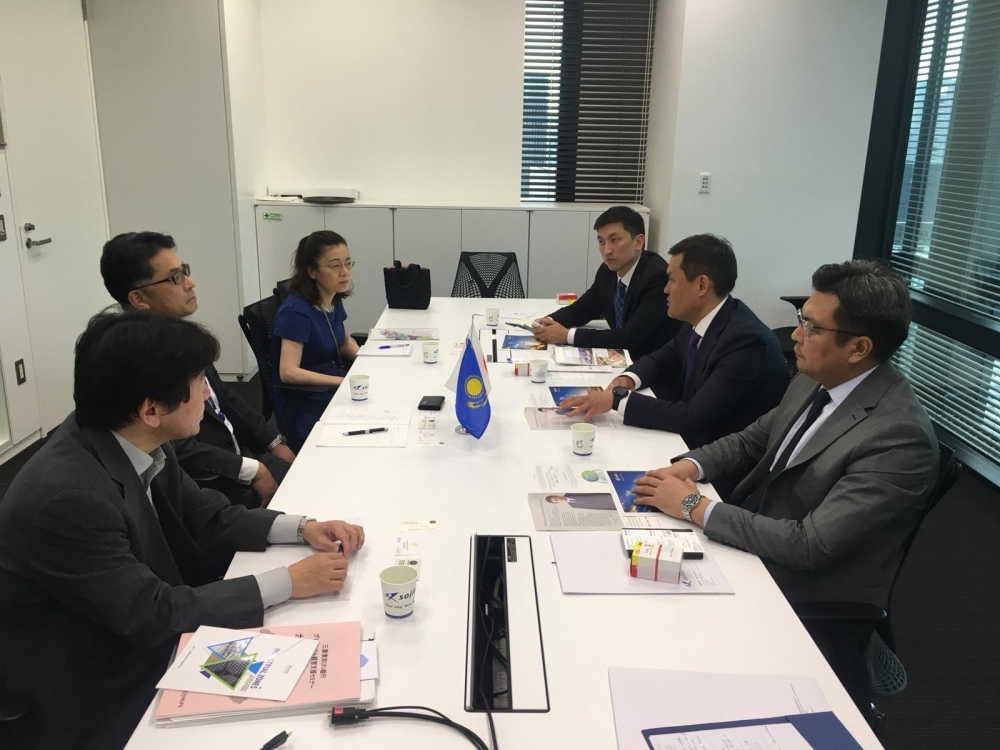 A delegation fr om Kazakhstan participated in the 25th International Conference on The Future of Asia in Tokyo, Japan. During the event, the delegation consisting of the Ambassadors-at-Large Yerlan Khairov and Batyrkhan Kurmanseit as well as the representatives of Kazakh Invest conducted a series of meetings with leading technology companies and organisations of Japan.

During the meeting with Toyota Tsusho, the parties discussed cooperation opportunities in the field of agribusiness and development of projects with the prospects of exporting products to Japan. Investors also expressed a strong interest in importing buckwheat from Kazakhstan, which is a popular ingredient in Japanese noodles. Additionally, foreign entrepreneurs showed interest in the introduction of 5G technology in Kazakhstan.

The representatives of Kazakh Invest informed investors from The Japan Oil, Gas and Metals National Corporation (JOGMEC) about the existing projects in the field of rare-earth metals extraction, including nickel and cobalt. Investors, in turn, expressed interest in implementing projects for the extraction of uranium and tungsten.

Following the discussions with the transnational company Sojitz, which has over 50 years of experience in transportation industry around the world, investors expressed their intention to implement a project for the production of containers and sleepers for railways, as well as the creation of a logistics hub in Kazakhstan. Also, they were interested in potential opportunities in agribusiness, petrochemistry and ICT.

The meeting with the Japanese company “Jetro” resulted in the agreement on assistance in organising an investment forum with the participation of Japanese companies in September this year.

The Future of Asia is an international gathering wh ere political, economic and academic leaders from the Asia-Pacific region offer their opinions frankly and freely on regional issues and the role of Asia in the world. Held by Nikkei every year since 1995, it is considered one of the most important global conferences in Asia.