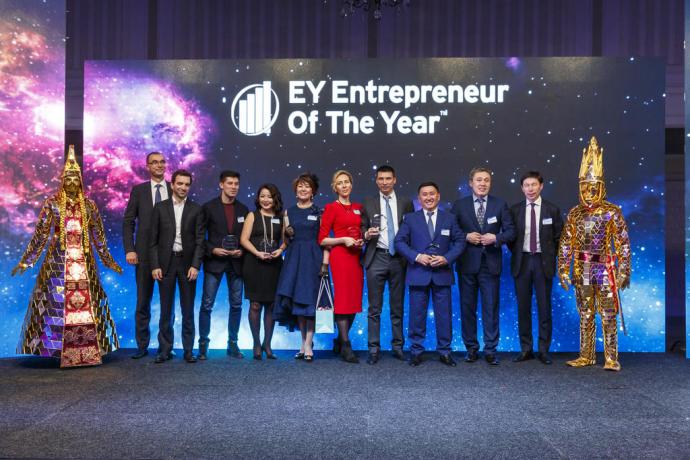 The national winners of the “EY Entrepreneur of the Year 2018” award were unveiled at a special gala on February 22 at Rixos Almaty. Zhuman Marat, the President of the ATASU Group of Companies, was announced as the winner of the prestigious award.

Additionally, the most prominent entrepreneurial leaders were awarded in the nominations, such as “Transformer of the Industry”, “Regional Leader”, “Women's Leadership” and “Innovative Startup”. All the winners were selected by an independent judging panel.

Kazakh Invest was an official partner of the “EY Entrepreneur Of The Year 2018” award in Kazakhstan. Ulf Wokurka, the Independent Director in Kazakh Invest, was a member of the independent judging panel and announced the winner of “Transformer of the Industry” award – Ramil Muhoryapov, the founder of ChocoFamily Holding.

Entrepreneur Of The Year, founded by Ernst & Young, is the world’s most prestigious business awards programme that recognizes entrepreneurial achievements among companies that demonstrate vision, leadership and success and work to improve the quality of life in their countries. Kazakhstan joined the programme in 2007.