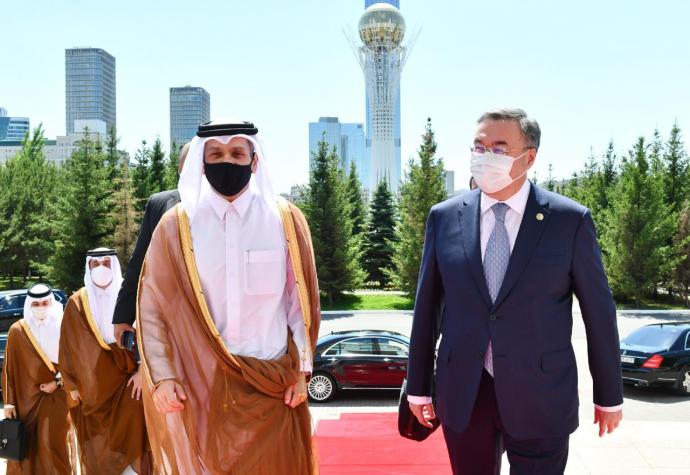 This is the first visit of the head of the Qatari foreign Ministry to Kazakhstan, designed to give an impetus to the activation of bilateral cooperation in various fields.

During the talks, the current state and prospects for the development of Kazakh-Qatari relations, primarily in the trade, economic and investment spheres, were discussed. The sides exchanged views on topical issues on the international and regional agenda.

The parties confirmed their interest in implementing joint projects in Kazakhstan in the fields of agriculture, geological exploration and mining, transport and logistics, as well as finance and banking. The sides also stressed the high level of cooperation between the two countries within the framework of international and regional organizations, including the UN, CICA, OIC, etc.

As a result of the negotiations, a Memorandum was signed on the construction of a perinatal center by the Qatar Development Fund in Otegen Batyr, Ili district, Almaty region.

The program of the visit provides that the Deputy Prime Minister – Minister of Foreign Affairs of the State of Qatar will be received by the President of the Republic of Kazakhstan Kassym-Jomart Tokayev.

Source: Ministry of Foreign Affairs of the Republic of Kazakhstan