The program of the second day of the official visit of Kazakhstan's President to Saudi Arabia was opened with an investment roundtable with representatives of Saudi business circles.

The key topic of the meeting was the strengthening of cooperation between the two countries in the areas of investment, economy, trade and finance. 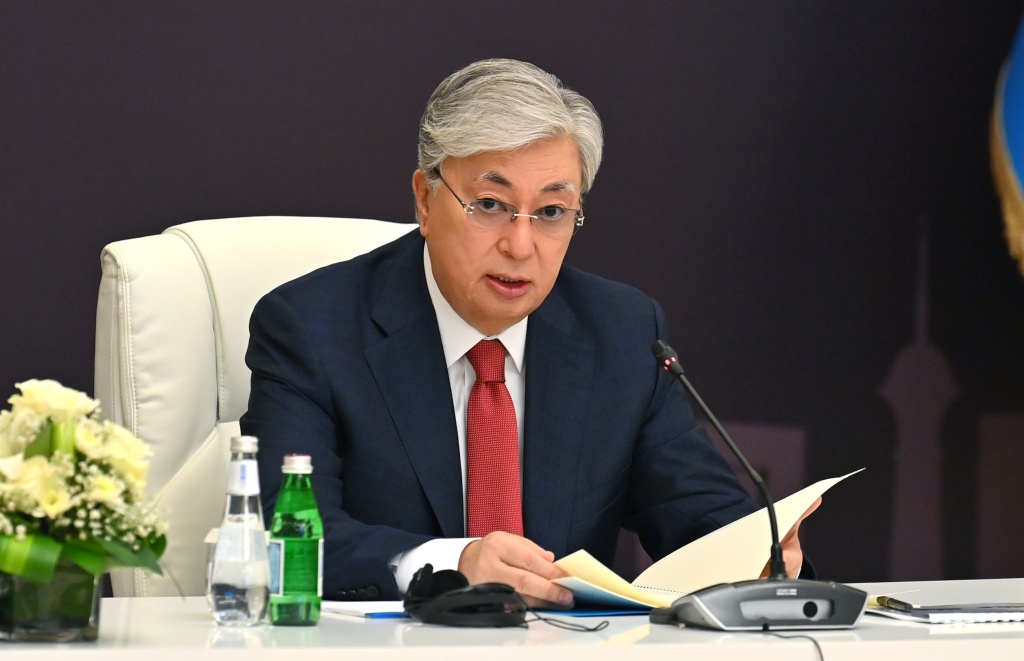 Welcoming the participants of the event, Kassym-Jomart Tokayev said that important agreements to expand trade, economic and investment cooperation were reached during his meeting the day before with the Crown Prince of Saudi Arabia, Mohammed bin Salman bin Abdulaziz Al Saud.

The President noted the similarity of views of our countries on the future of economic development. 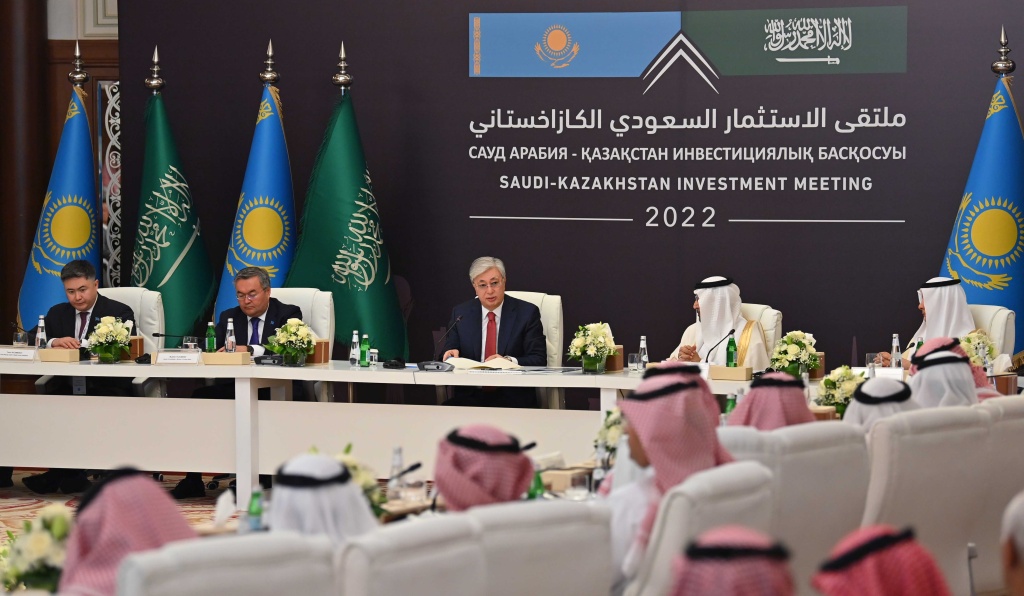 - The “Saudi Vision-2030” and our Strategy “Kazakhstan-2050” both envisage national progress through the diversification of the economy, reduction of dependence on primary commodities, investment in human capital and ultimately joining the group of most advanced nations, the head of state said.

He then informed the Saudi businesspeople in detail about the economic successes of Kazakhstan.

- Over the years of independence, Kazakhstan’s GDP has shown a 17-fold growth. Today, Kazakhstan’s economy is larger than the economies of all the other Central Asian countries combined. Kazakhstan accounts for almost 60% of trade turnover in Central Asia. International reserves of our country stand at 90 billion dollars and are the highest per capita reserves in the Commonwealth of Independent States. International investors have injected more than 380 billion dollars in the country’s economy. This accounts for 70% of the total investment inflow to the Central Asian region, Kassym-Jomart Tokayev emphasized. 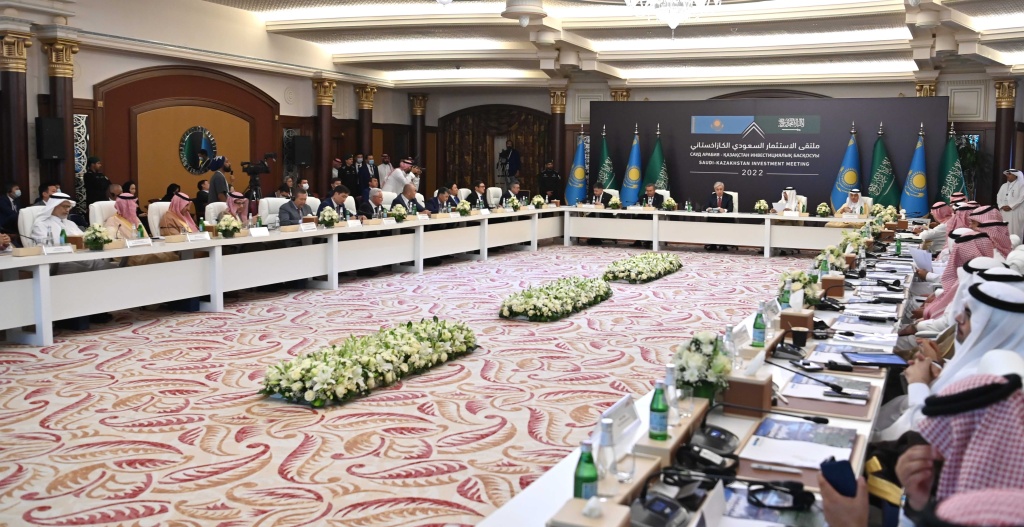 The head of state said that with the support of Saudi Arabia in Kazakhstan, a number of important projects have been implemented in the fields of education, health, culture and infrastructure, amounting to more than 120 million dollars. However, according to the leader of Kazakhstan, this amount does not reflect the potential of the bilateral cooperation.

In this regard, he outlined the most promising areas for expanding cooperation, starting with bilateral trade.

- Based on our analysis, Kazakhstan can offer more than 100 processed goods types worth about 400 million dollars a year in industries such as machinery, iron and steel production, as well as food processing and agriculture, the President said.

Kassym-Jomart Tokayev considers the diversification and expansion of transit-transport and logistics opportunities to be the second important direction, including the Trans-Caspian corridor, connecting China, Kazakhstan, Azerbaijan, Georgia and Turkey.

In his opinion, there is also significant potential for cooperation in the real sector of the economy.

- Kazakhstan ranks first globally in tungsten reserves, second in uranium and chromium ore, and in the top 5 in manganese, silver, zinc, lead. These reserves are waiting for their exploration and development. Given our proximity to the booming Chinese and South Asian markets, this presents a truly excellent investment opportunity. Today we can offer more than 60 deposits of precious and non-ferrous metals for exploration and development, the head of state said.

Kazakhstan and Saudi Arabia have plans to develop the petrochemical industry, nuclear energy, the production of green hydrogen, and other areas, including space exploration.

- We are pleased to see the Kingdom’s desire to drive forward its space programme as part of Saudi Vision 2030.  The two countries have the relevant legal framework for cooperation on research and peaceful use of the outer space. Kazakhstan also has extensive experience and resources for the development of the aerospace industry. Our companies are ready to engage with state and private companies of Saudi Arabia in these areas, Kassym-Jomart Tokayev suggested. 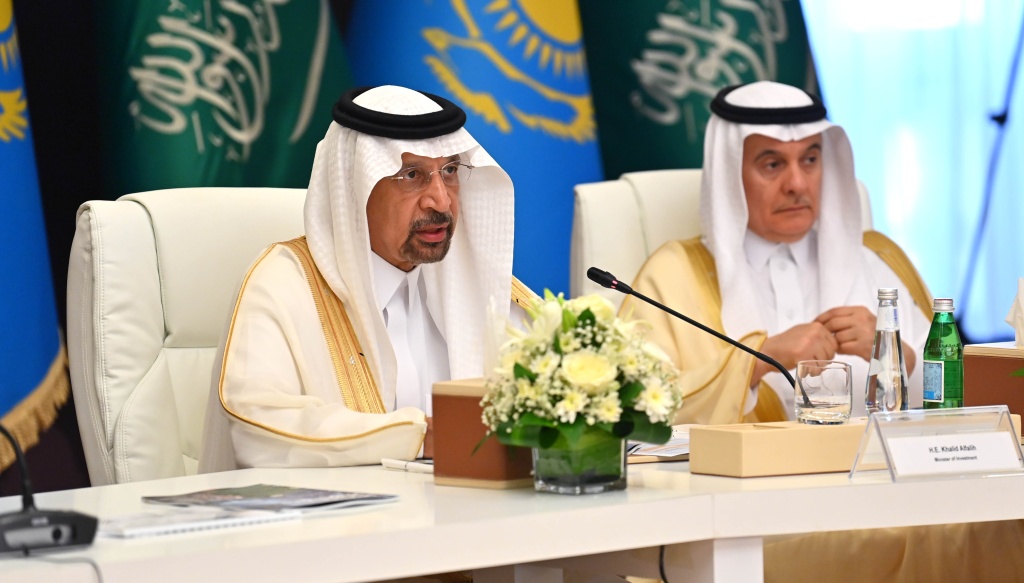 The President also elaborated on the potential of the domestic agricultural sector.

- Kazakhstan ranks second in the world in terms of arable land per capita and fifth in terms of pasture resources (180 million hectares). Our country is among the 10 largest producers of wheat and flour. We are ready to become one of the stable, long-term suppliers of high-quality wheat, flour and oilseeds to the Kingdom of Saudi Arabia, Kassym-Jomart Tokayev said.

There are great opportunities for cooperation in the tourism sector. In particular, the President invited the Saudi businesspeople to take a very close look at Kazakhstan's tourism and recreational projects.

In addition, the President reminded that Kazakhstan has created a modern institutional environment for investors.

- I would like to take this opportunity to reaffirm Kazakhstan's commitment to enhance and extend bilateral cooperation with Saudi Arabia. The leaders of major Saudi companies that have achieved great success around the world are here today. I invite you all to Kazakhstan to work together for mutual benefit, the President of Kazakhstan concluded. 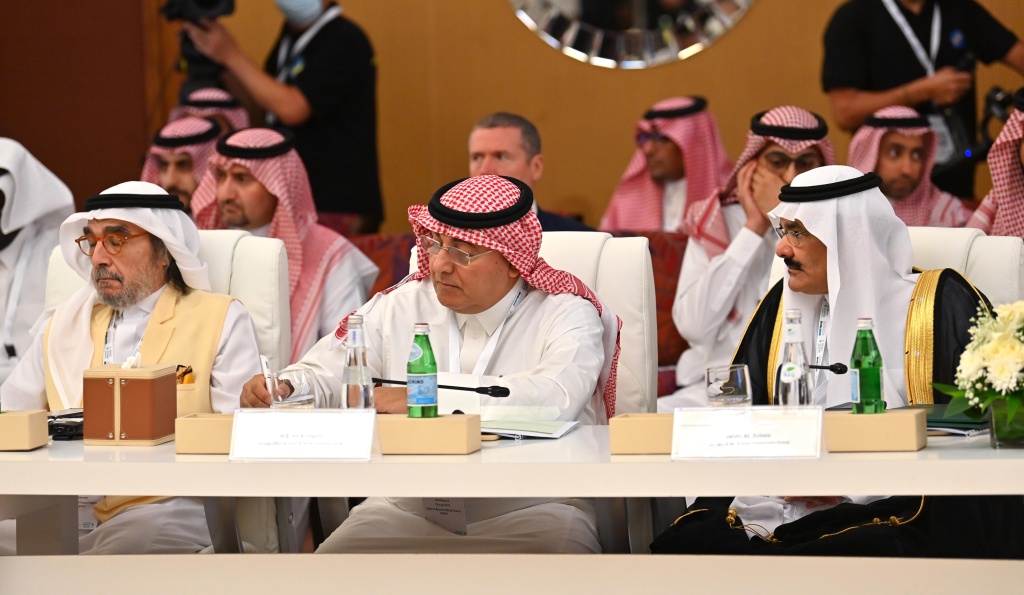 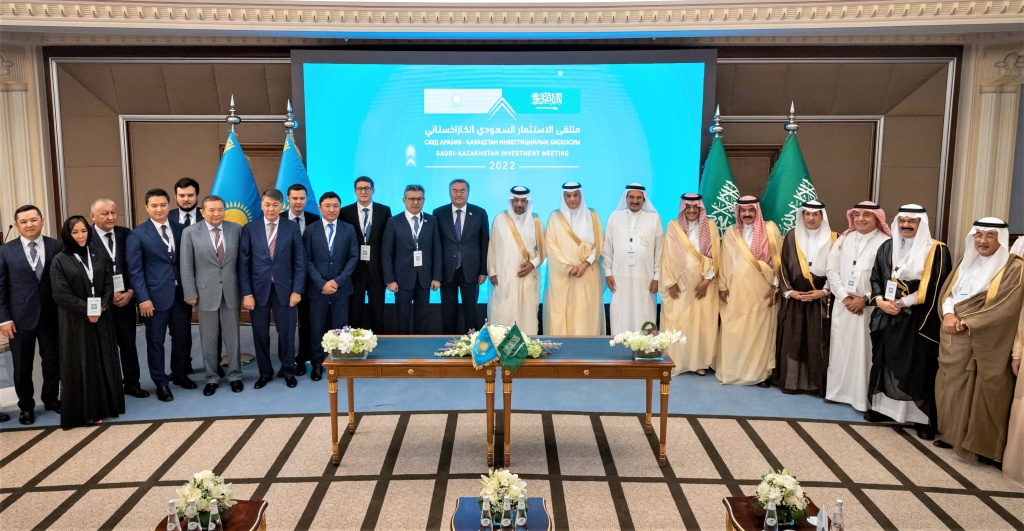 As part of the official visit of President Kassym-Jomart Tokayev, 13 documents were signed, including memorandums between the Ministry of Energy of Kazakhstan and ACWA Power, on investment cooperation in agribisuness between "National Company "KAZAKH INVEST" JSC and Al Rajhi International for Investment (RAII), between Samruk-Kazyna JSC and Ajlan & Bros Holding Group Ability, as well as between KazBioSorgo LLP and Ajlan & Bros Holding Group in the amount of $200 million.

The investment roundtable was organized by the Ministry of Foreign Affairs of the Republic of Kazakhstan, "National Company "KAZAKH INVEST" JSC, as well as the Ministry of Investments of the Kingdom of Saudi Arabia.

Source: Official website of the President of the Republic of Kazakhstan