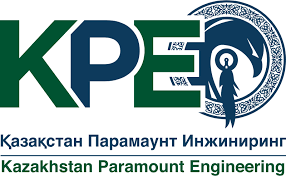 On November 30, 2015 the plant was opened. Partners of the project are JSC "NC "Kazakhstan Engineering" and the South African company "paramount group", which established a joint venture LLP "Kazakhstan paramount Engineering"for the implementation of the Project.

The armored vehicles produced at the plant meet the highest international standards and in some of their tactical and technical characteristics are much superior to foreign counterparts. A distinctive feature of our armored vehicles is reliability, mobility and a high level of protection.

Since December 2016, the company has successfully fulfilled all contractual obligations to supply the Arlan and Alan armored wheeled vehicles of its own production to the armament of the Kazakh army, as well as other law enforcement agencies of the country.

Kazakhstan Paramount Engineering has set itself the task of providing the domestic armed forces with advanced equipment, the maximum localization of production and the subsequent export of products to international markets.

The production capacity of the plant is 120 cars per year.