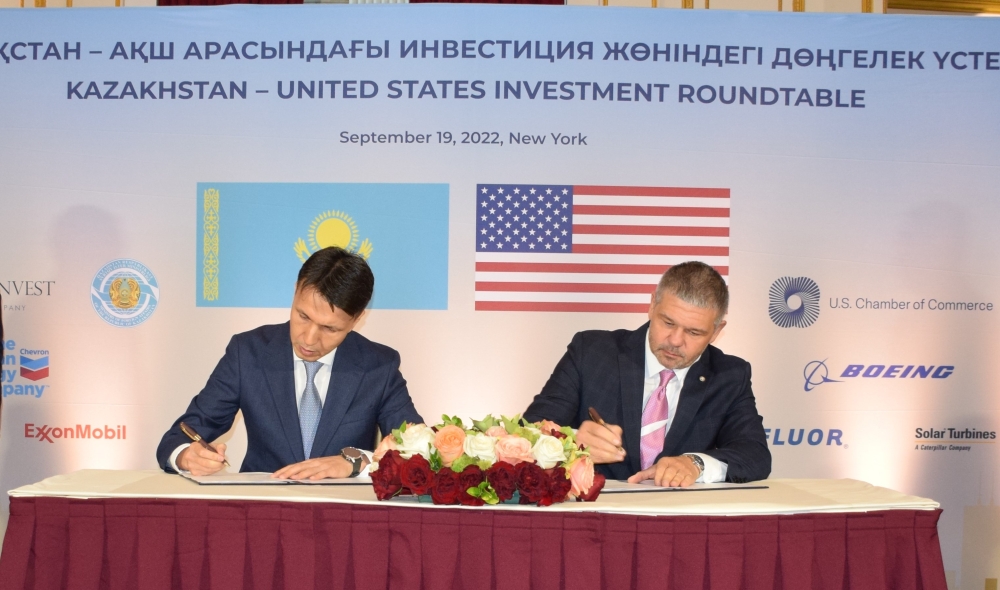 A ceremony of signing bilateral documents took place as part of the investment roundtable with the major American corporations with the participation of the President of the Republic of Kazakhstan Kassym-Jomart Tokayev.

The first signed document is the Agreement on cooperation and partnership between “Samryk-Kazyna” JSC and “General Electric International Inc.” for exchange of experience in relation to initiatives for the development of electric power generation facilities. 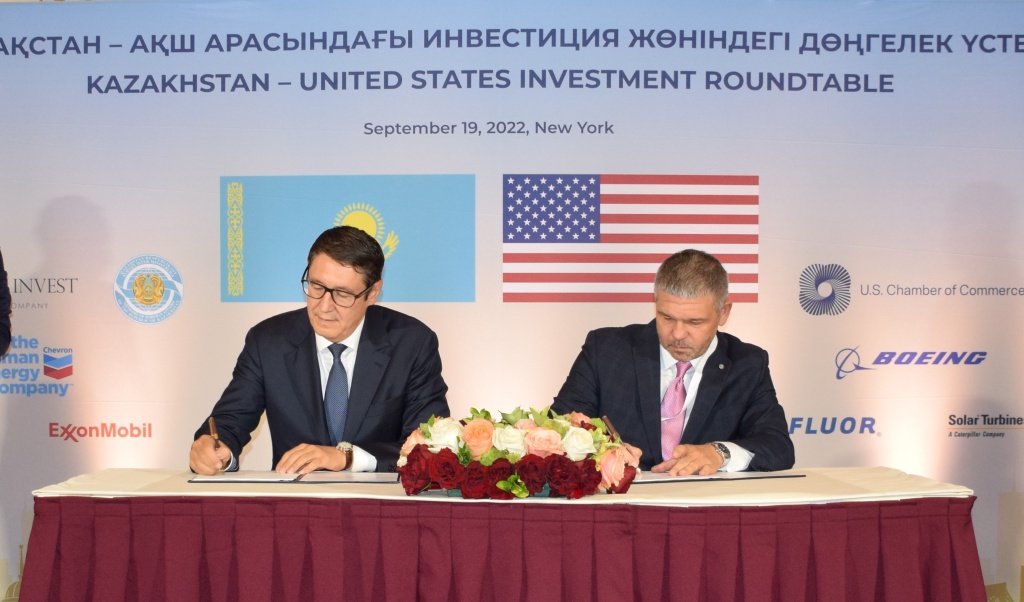 An agreement on strategic cooperation was signed between “NC “Kazakhstan Temir Zholy” JSC and “Wabtec Corporation” on the production, supply, and maintenance of locomotives, introduction of digital solutions, and use of green technologies by switching locomotives to natural gas.

The next document signed is the Memorandum of understanding between “NC “KAZAKH INVEST” JCS and “Pfizer Export B.V.” on localization of production of pneumococcal vaccine in terms of secondary packaging. 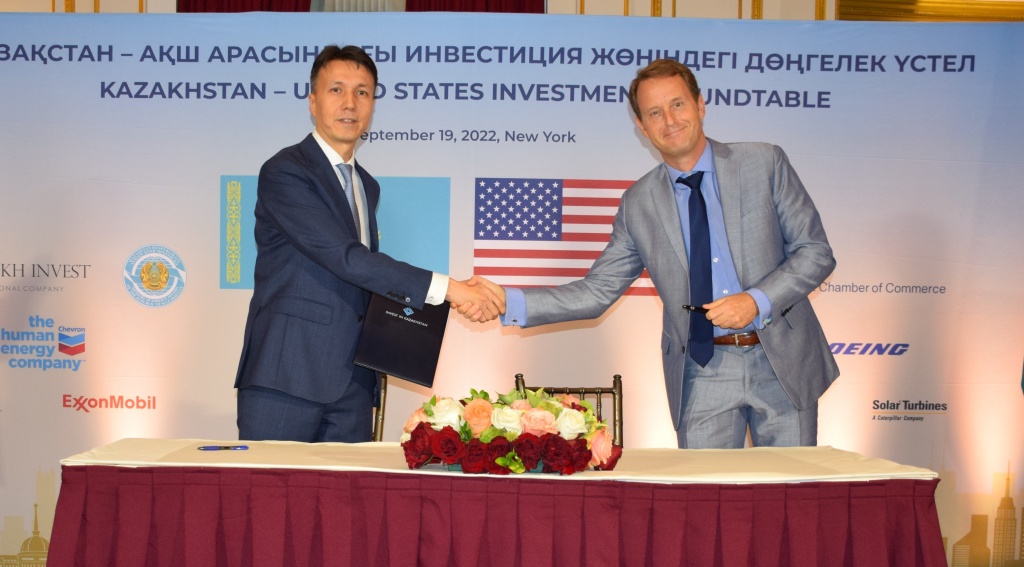 “NC “QazaqGaz” JSC and “Honeywell” have signed a Memorandum of Understanding on the issues of localization of equipment assembly (such as meters), automated process control systems, process control system, purification, drying, and processing of sulfur dioxide, digitalization, as well as staff training. Also, “NC “QazaqGaz” JSC has signed a Memorandum of Understanding on the issues of localization of maintenance and repair of equipment in Kazakhstan, localization of training of specialists on the basis of the Shymkent training plant, industrial generation of electricity from gas, as well as reduction of carbon dioxide emissions using the latest technologies with “Baker Hughes”. 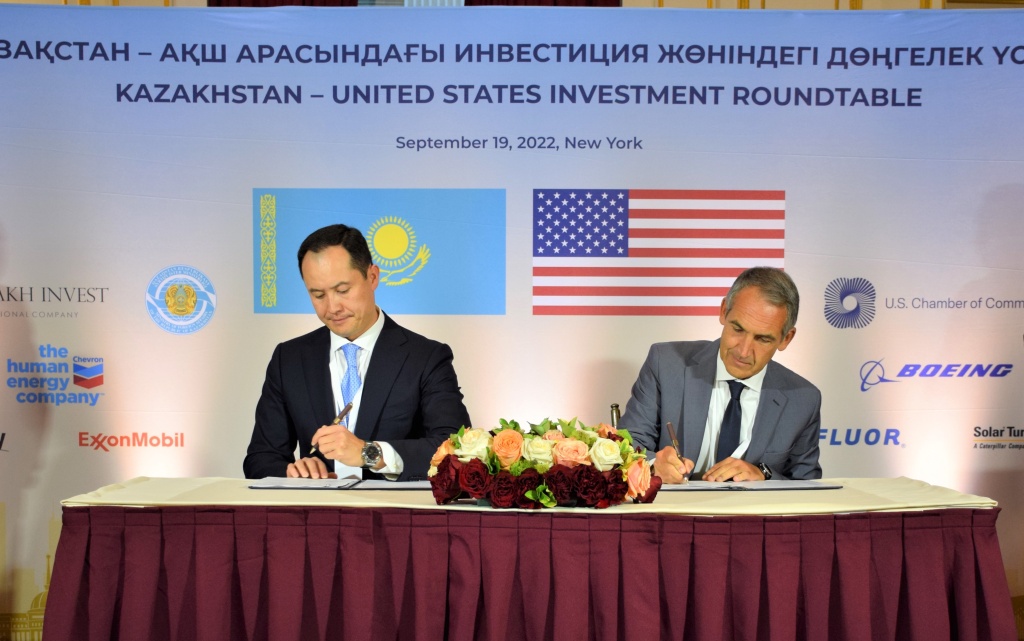 The last document signed at the round table is the Memorandum of Understanding on issues of industrial development and infrastructure development of gas fields, provision of advisory services by remote connection to the InSight GCU control program, modernization of existing stations, as well as expansion of gas transmission infrastructure between “NC “QazaqGaz” JSC and “Solar Turbines”. 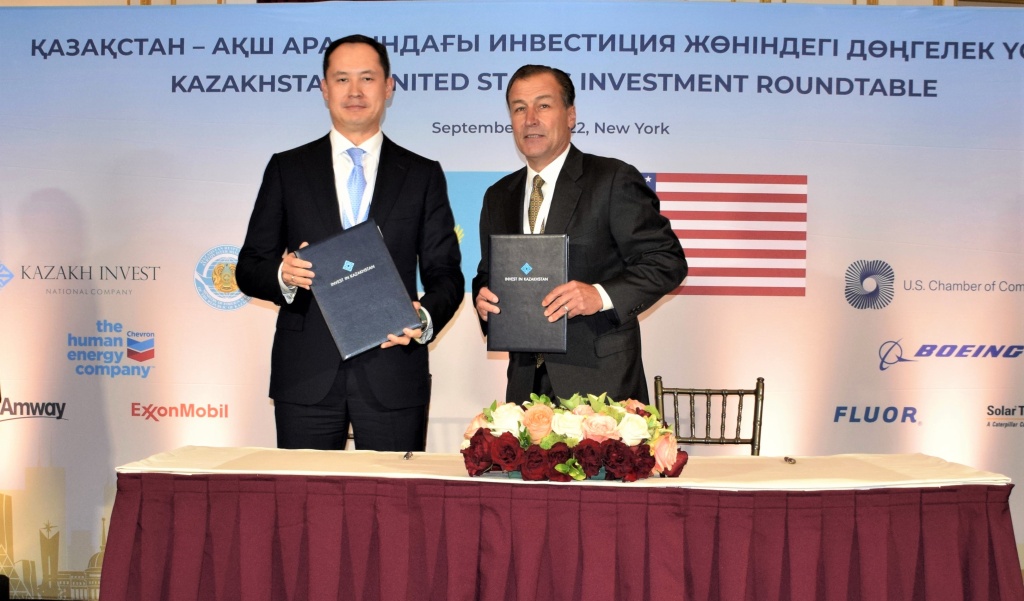 It should be noted that cooperation between Kazakhstan and the United States is of the nature of an enhanced strategic partnership.

The United States is one of the largest investors in the Kazakh economy. The gross inflow of direct investments from the United States to Kazakhstan during the years of independence reached $57.5 billion. At the same time, in the first quarter of 2022, the inflow amounted to about $1.9 billion, which is twice as much as the same period in 2021 ($933 million).

Currently, about 600 joint ventures with US capital are operating in Kazakhstan.