Switzerland as the European Investment Hub for Kazakhstan 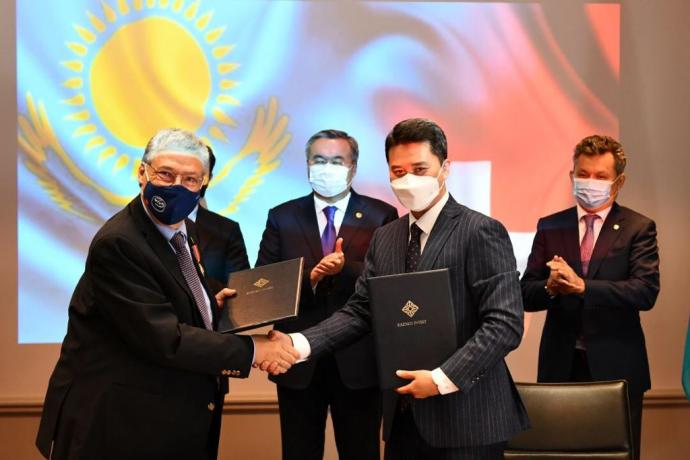 During the official visit of the Kazakh delegation headed by Deputy Prime Minister-Minister of Foreign Affairs of the Republic of Kazakhstan Mukhtar Tileuberdi to the Swiss Confederation, substantive negotiations were held with the heads of large Swiss companies on the implementation of a number of promising investment projects in Kazakhstan. 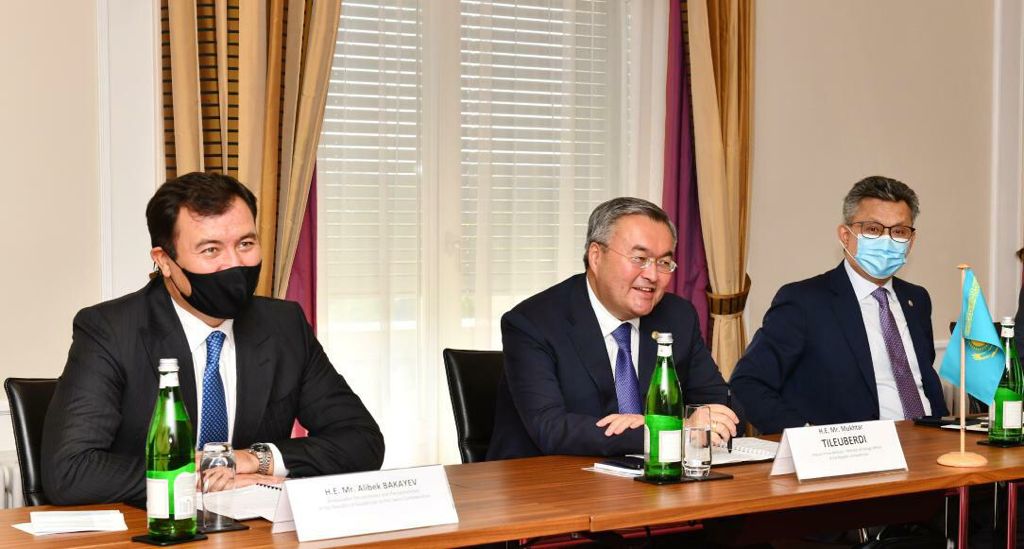 In particular, with the participation of M. Tileuberdi, negotiations were held with the heads of multinational corporations, including “Ammann Group”, “Stadler Rail” (mechanical engineering), “KS Genetics”, “INOKS Capital” (agribusiness) and “Sandoz” (pharmaceuticals).

Thus, during the meeting with the management of the “Ammann Group”, represented by Chairman of the Board of Directors Johann Schneider-Ammann and Chief Executive Officer Hans-Christian Schneider, the Kazakh side proposed the possibility of expanding activities in Kazakhstan by localizing the production of road equipment and components.

During the negotiations with the management of “Sandoz”, the company announced that it was considering the possibility of creating the production of high-quality medical products in Kazakhstan.

The management of “INOKS Capital” has expressed interest in creating integrated value chains in the agribusiness. This year, the company plans to launch the production of extruded feed on the basis of the SEZ “Khorgos”. In addition, a new project for the creation of an intensive garden, the construction of fruit storage facilities and fruit processing shops in the Almaty region is being worked out.

During the above-mentioned visit, “NC “KAZAKH INVEST” JSC signed two memorandums with Filippo Lombardi, President of “KS Genetics”, on the project of creating an innovative export-oriented full-cycle livestock complex in the Almaty region, as well as with Peter Spuhler, Chairman of the Board of Directors of “Stadler Rail”, on expanding investment cooperation with Swiss business.

In addition, the Kazakh side, represented by the Investment Committee of the Ministry of Foreign Affairs of the Republic of Kazakhstan and “NC “KAZAKH INVEST” JSC, held negotiations with a number of potential Swiss investors, including “Burckhardt Compression”, “Clariant”, “Buhler, Polymetrix”, “Sika”, “Basel Euro Airport”, as well as with key business associations “Economiesuisse” (unites about 100 thousand enterprises), “Swissmem” (machine-building, electrical and metallurgical industries), “CCIG” (Geneva Chamber of Commerce) and “JCC” (United Chamber of Commerce Switzerland - Eurasia). 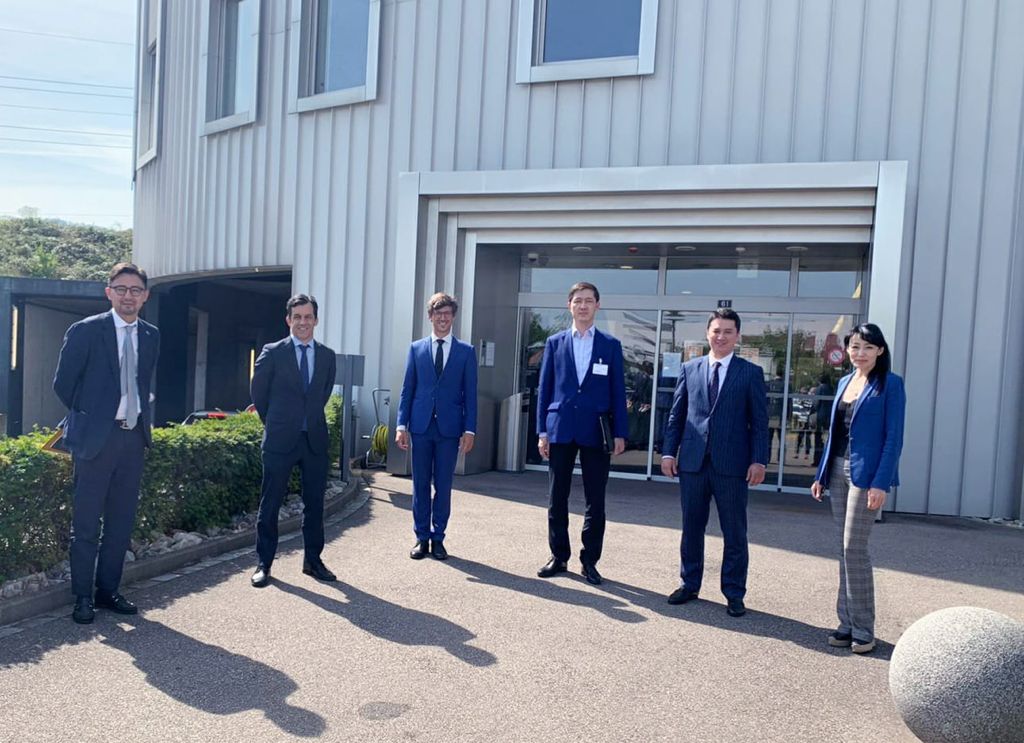 The multinational chemical company “Clariant”, which has 85 production sites around the world, presented specific investment proposals in the regions of Kazakhstan. Following the negotiations, the company expressed interest in localization on the territory of the Republic of Kazakhstan, taking into account the increase in global demand for industrial chemicals.

During the negotiations with one of the largest exporters of equipment for the food, chemical and automotive industries of Switzerland – the company “Buhler”, a presentation of Kazakhstan's investment opportunities in the relevant industries was held, as well as projects requiring investment were presented. The company, represented by one of its divisions, is already considering participation in the project for the construction of a PET recycling plant in the Zhambyl region. 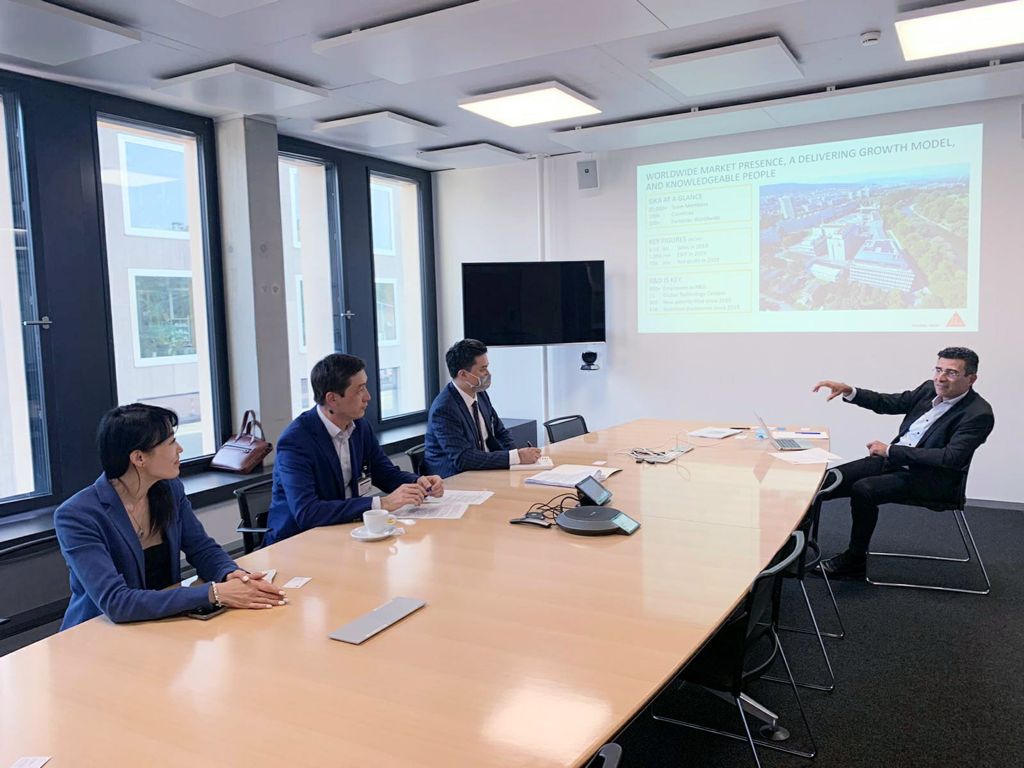 Head of the macro-region Europe, Middle East and Africa of “Sika” Ivo Schaedler highly appreciated the investment potential of Kazakhstan, noting the interest in expanding activities in the country. The company currently has about 200 production sites around the world, including 3 facilities for the production of building materials in Almaty, Nur-Sultan and Atyrau. 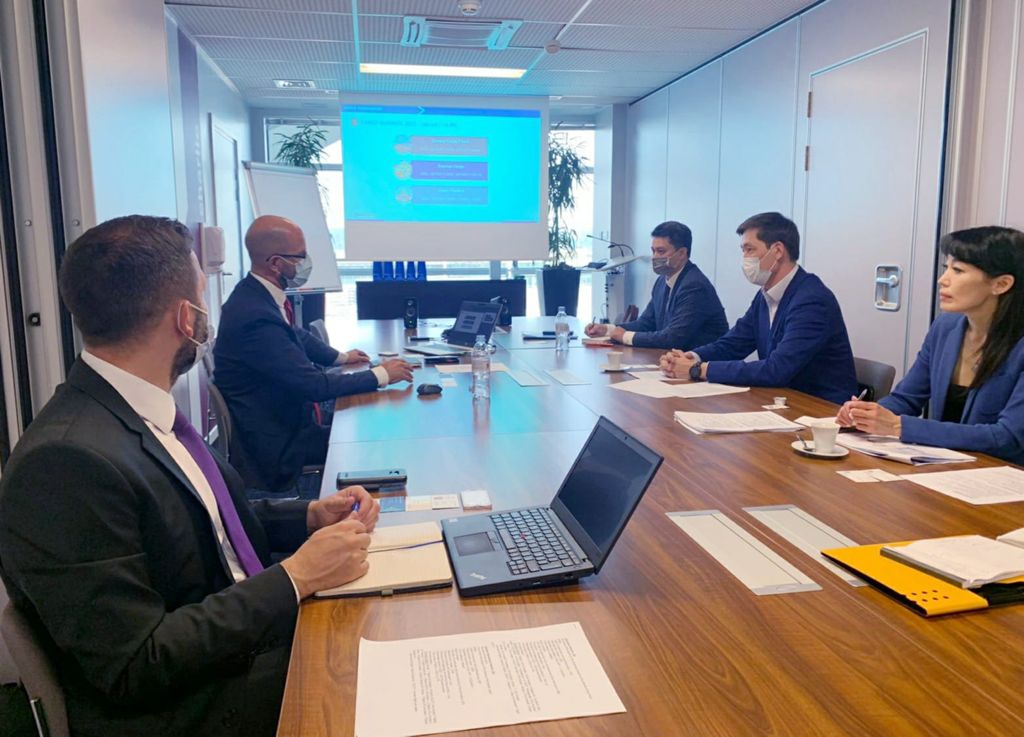 Vice-President of “EuroAirport” Basel International Airport”, Michael Schwyn, offered various options for cooperation, noting the huge transport and logistics potential of Kazakhstan, in particular, for the development of transcontinental air cargo transportation with the creation of appropriate infrastructure facilities. 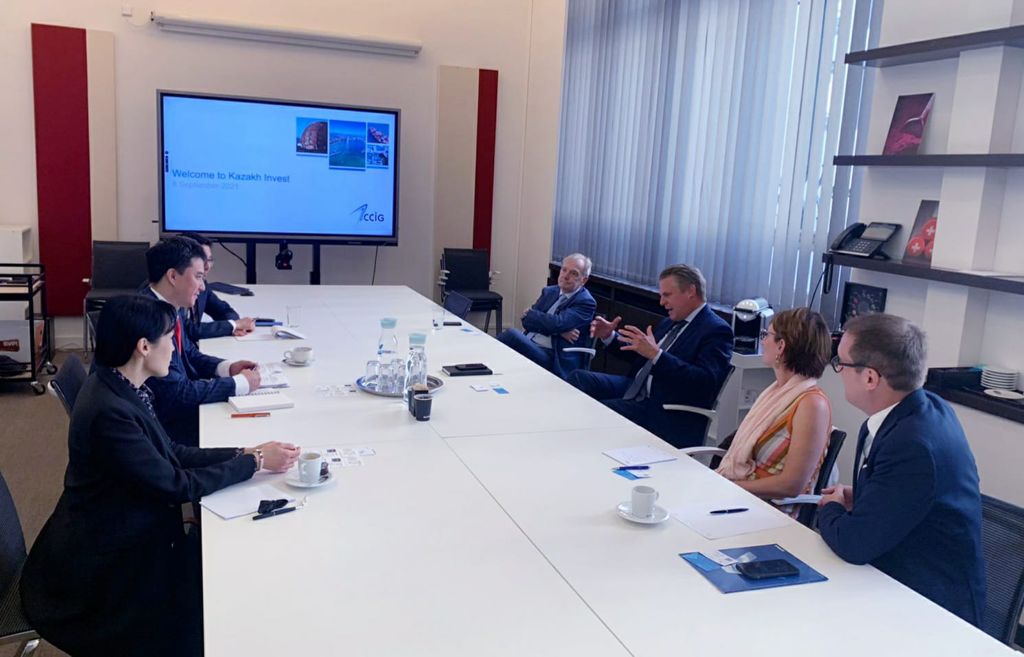 “Following the results of the negotiations of the Kazakh delegation, organized by the Embassy of the Republic of Kazakhstan in Switzerland, the increased interest on the part of Swiss business in cooperation with the Republic of Kazakhstan was noted. In addition to the ongoing projects, a number of completely new projects are being worked out in such sectors as mechanical engineering, chemical and pharmaceutical industry, agribusiness, transport infrastructure and others”, - said Deputy Chairman of the Management Board of “NC “KAZAKH INVEST” JSC Zhandos Temirgali.

Thus, the General Director of the Geneva Chamber of Commerce and Industry “CCIG” Vincent Subilia stressed the synergetic effect in the partnership of the two countries, where Switzerland serves as an investment hub for Kazakhstan in Europe, a source of capital and advanced technologies.

According to the results of 2020, Switzerland ranked 3rd in terms of foreign direct investment in Kazakhstan, and 10th in terms of bilateral trade with Kazakhstan.

The official visit of the President of the Republic of Kazakhstan Kassym-Jomart Tokayev to Switzerland is expected in November 2021.