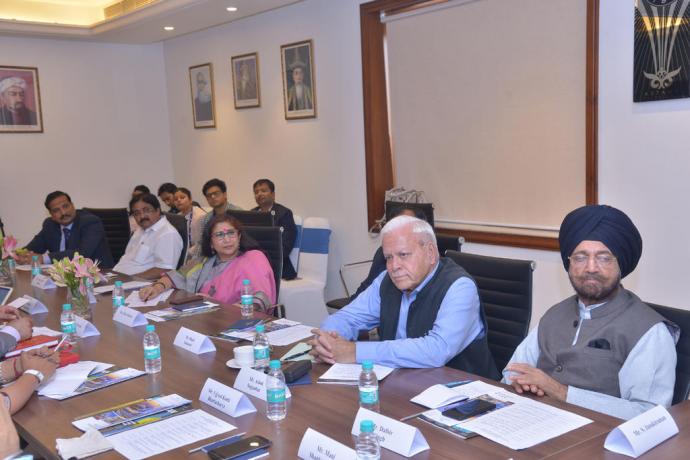 The Ambassador of Kazakhstan to India Bulat Sarsenbayev noted the relevance and particular importance of Kazakh Invest activities in view of development of trade and economic relations between Kazakhstan and India.

“Currently, Kazakhstan is India’s main trading partner in Central Asia. The trade turnover between our countries reached $ 1.2 billion in 2018 (in 2015, the trade turnover amounted to $ 461.6 million). In the first three months of this year, bilateral trade between Kazakhstan and India amounted to $ 293.1 million, which is 35.9% more than in the same period last year. Cooperation between Nur-Sultan and Delhi is actively developing, mutual trips of citizens of the two countries are intensified. In 2014, Kazakhstan issued about 6 thousand visas to citizens of India, in 2018 it was more than 25 thousand visas,” – noted the Ambassador.

The Kazakh diplomat also spoke about Kazakhstan Global Investment Roundtable (KGIR-2019) and the Astana Economic Forum held in May in Kazakhstan that were attended by the representatives of Indian delegation. The events resulted in preliminary agreements on the consideration by investors from India of projects totaling more than $ 300 million.

In turn, the Director of the regional office, Aigul Nuralina, said that the main purpose of the office was informing Indian companies about Kazakhstan’s investment opportunities, incentives and government support measures offered to foreign investors entering Kazakhstan market.

Representatives of the government, business and public community, research institutions and analytical centers, and the Indian media participated at KGIR-2019. During the discussion, participants of the event talked over the various aspects of development of cooperation between Kazakhstan and India. Suggestions on further enhancement of bilateral cooperation in the fields of IT, Fintech, power, space, military and technical cooperation, pharmacology, and others were also considered.

According to the Embassy of Kazakhstan in India, the visit of the President of the Republic of Kazakhstan to India is planned in autumn of 2019. As part of the upcoming visit, a number of major events are going to be held. In particular, visits of the Prime Minister, Minister of Foreign Affairs of the Republic of Kazakhstan to India, the Investment Forum, meetings of the Intergovernmental Commission, Joint Working Groups on Trade and Economic Cooperation, Transport and Logistics, Cooperation in IT sphere, as well as military-technical cooperation.