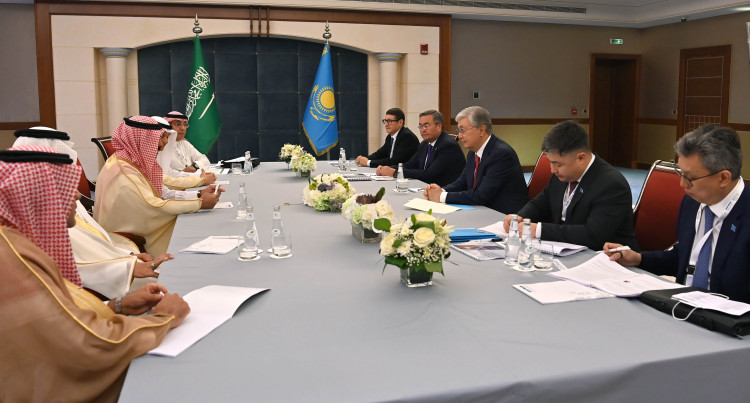 The President held separate meetings with a number of Saudi businesses.

Ajlan & Bros Holding Group, one of the largest conglomerates of the Kingdom of Saudi Arabia and the Middle East, expressed keen interest in investing in Kazakhstan. Currently, the holding is working on a production project in the field of agriculture in the Almaty region.

At a meeting with Mohammad Abunayyan, the issues of developing alternative energy sources were discussed. The President said that by 2030 our country plans to produce 30% of its energy from renewable sources, and invited ACWA Power to implement joint projects for the production of green hydrogen in Kazakhstan.