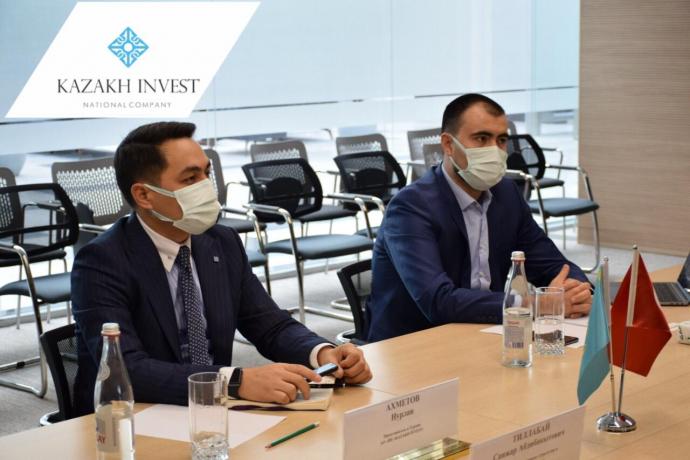 Prospects for the implementation of the project in the chemical industry were discussed during the visit of Turkish investors to Kazakhstan, organized by «NC «KAZAKH INVEST» JSC. During the working trip, the founder of the Turkish company «BRIMSTONE Sulphur Provider Company» Efe Munip Nurdogdu held a meeting with the Chairman of the Board of «NC «KAZAKH INVEST» JSC Meirzhan Yusupov.

According to the investor, the project provides for the production of sulfur concrete in one of the western regions of Kazakhstan. It is planned that the total amount of investment in the project will be about $10 million. About 50 new permanent jobs are expected to be created.

At the same time, the company's founder Efe Munip Nurdogdu announced the company's intentions to start implementing the project at the end of this year. The investor presented information about the main advantages of this industry and the export potential of the project. 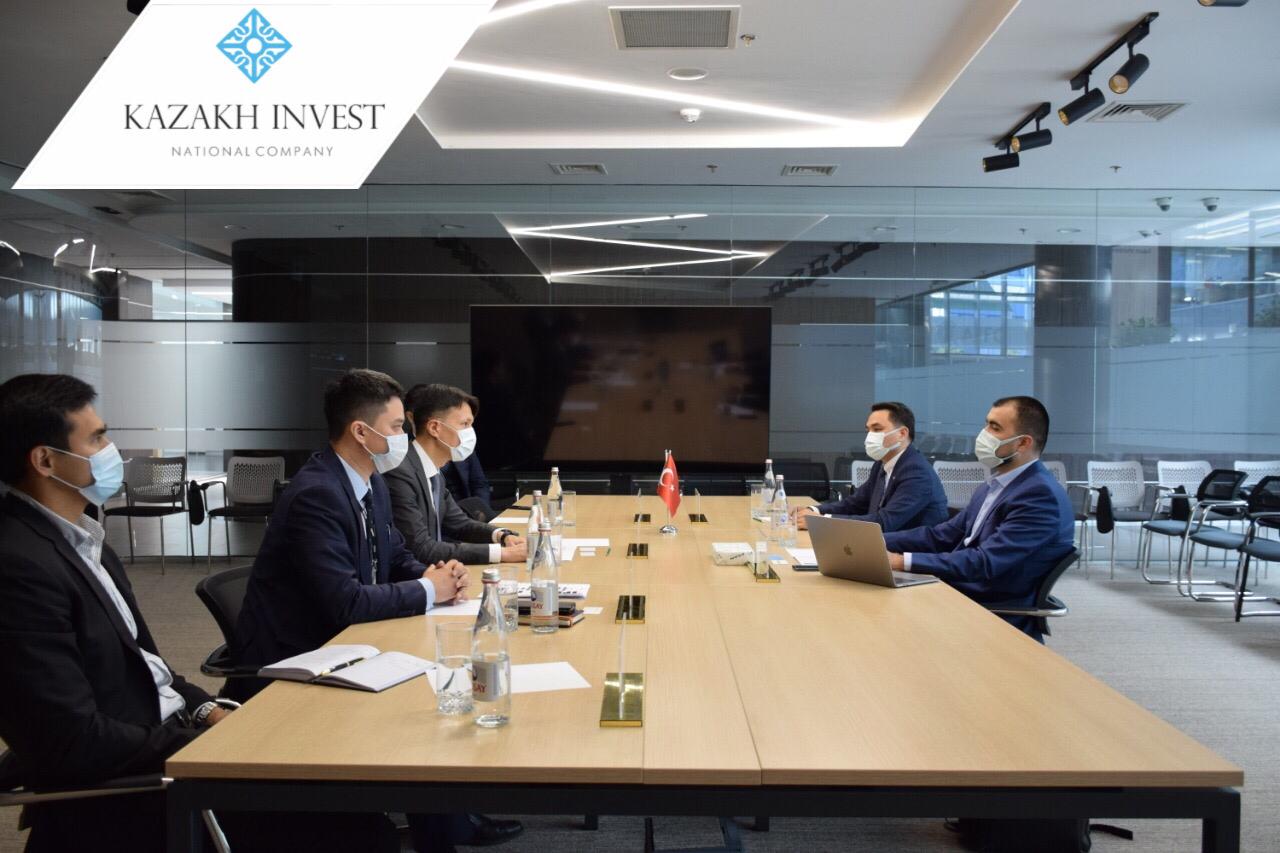 «Kazakhstan has sufficient reserves of sulfur. However, both for us and for the country as a whole, it is much more expedient to organize deep processing of raw materials, to produce and export finished products in the form of sulfur bentonite. From a logistical point of view, Kazakhstan is a very convenient investment platform for the implementation of this project. We see great potential in this country to enter large and rapidly developing markets. In particular, we are interested in the markets of China, Europe and Russia», - added Efe Munip Nurdogdu.

In turn, the Chairman of the Board of KAZAKH INVEST Meirzhan Yussupov spoke in detail about the existing measures of state support for investments, a wide range of benefits and preferences.

«We see great prospects for the development of the chemical industry in Kazakhstan. In this regard, we have prepared a pool of investment proposals in this industry. To date, it includes 9 projects worth about $600 million. In turn, this project is entirely the initiative of the investor. For its part, KAZAKH INVEST will provide full support and support for the project at all stages, from the idea to the implementation and in the post-investment period», - said Meirzhan Yussupov. 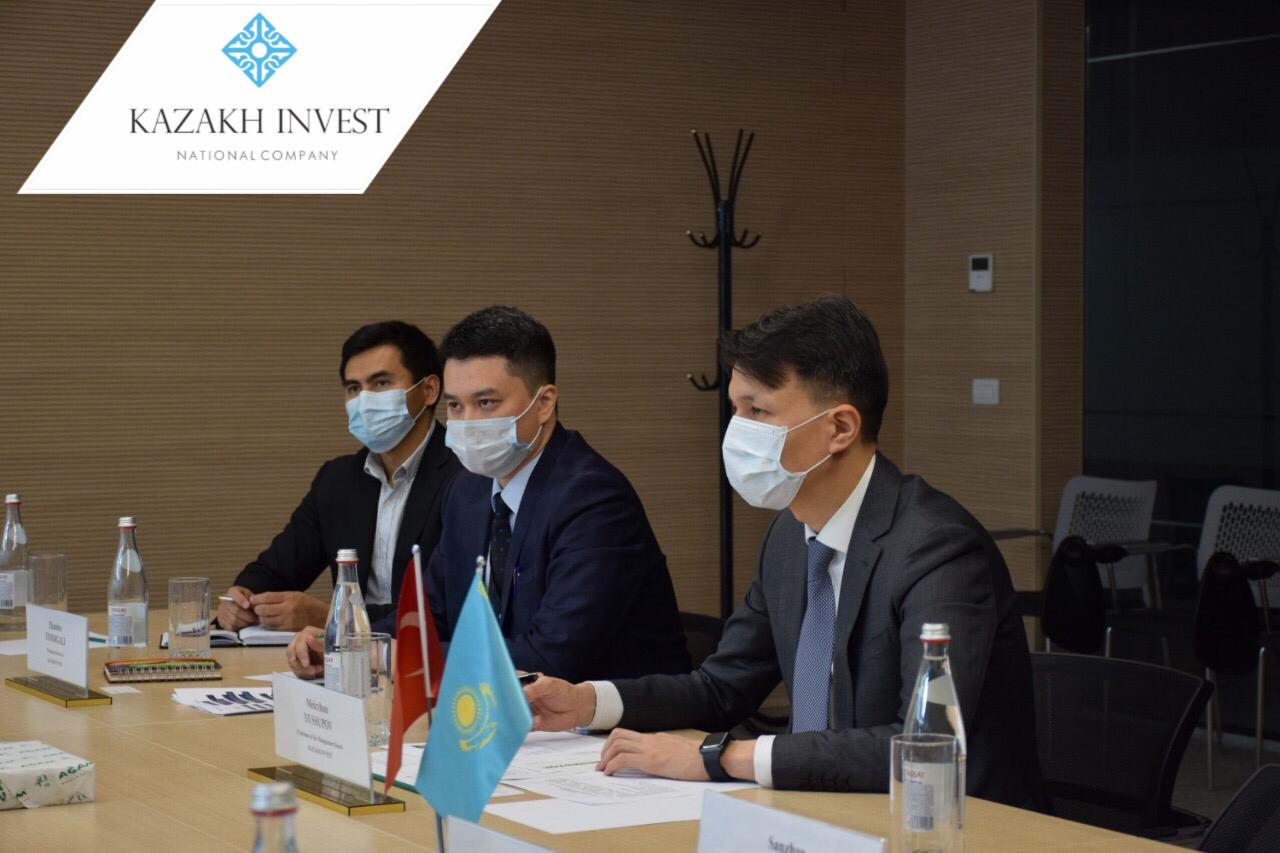 It is worth noting that during the visit, the Turkish company also intends to hold negotiations with KazMunayGas, as well as such major oil companies as NCOC, Tengizchevroil, KPO and other companies that provide raw materials. In addition, during the working trip, investors plan to visit the Atyrau region to get acquainted with the investment potential of the region and consider promising investment sites for the implementation of the project.

For reference: The company «Brimstone» was founded in 2017 in the city of Izmir. Brimstone's main business is sulfur and related products. The plant for the production of sulfur, located in Izmir, Turkey. The production capacity of the plant is 6 000 tons per month.