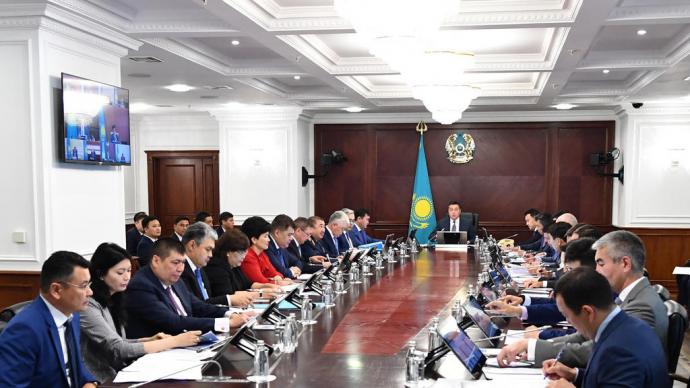 Prime Minister of Kazakhstan Askar Mamin chaired a meeting of the Coordination Council on Investment Attraction.

The meeting discussed institutional and legislative measures to increase investment in fixed assets up to 30% of Kazakhstan’s GDP. The systematic approaches of the Ministry of National Economy to attract investment, the analysis of the necessary volumes of foreign direct investment and fixed capital investment up to 2025 to support economic growth were considered.

The task is to increase the annual gross inflow of foreign direct investment from $24 billion in 2018 to $34 billion by 2025.

PPP should be an effective tool for attracting investments in the field of transport and logistics, energy, tourism, modernization of the infrastructure of public utilities, healthcare, education, etc.

An important driver of economic diversification will be the focus of investment on projects that provide vertical integration of existing enterprises.

Achieving indicators to attract investment by industry will also increase the technological complexity of the country's export base.

Key performance indicators for attracting investments to achieve the target ratio of investment to GDP will be developed for central and local executive bodies.

The agenda of the meeting also considered the development of a network of wholesale distribution centers. In order to expand the logistics capacity in Kazakhstan in 2020-2023, it is planned to create a network of eight regional distribution centers in the cities of Nur-Sultan, Almaty, Shymkent, Aktobe, Semey, Kokshetau, Atyrau and Aktau. This mechanism is aimed at the early purchase of products from farmers and the formation of the necessary bookmarks with the subsequent sale of products in retail chains at reduced prices during the off-season — from December to April.

As a result of the project implementation, price stability will be ensured, which will eliminate the seasonal speculative markup on socially important food products. The total socio-economic effect of the project from one invested tenge will be over 30 tenge.

Following the meeting of the Coordination Council, a road map was adopted to attract investment in the Republic of Kazakhstan.

Head of the Government instructed central government agencies, regional akims and holding companies to intensify work with national and foreign investors, as well as international financial organizations to attract investments in the country's economy and search for new large-scale projects.