A. Mamin discussed with the Minister of Food Security of the United Arab Emirates Maryam Al Muhairi the implementation of joint investment projects 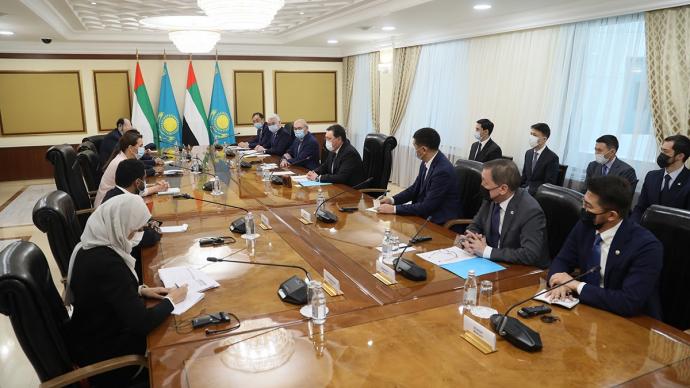 Prime Minister of the Republic of Kazakhstan Askar Mamin held a meeting with the Minister of Food Security of the United Arab Emirates (UAE) Mariam Al Muhairi. The meeting was attended by representatives of large businesses of the UAE – "Al Dahra Holding", "DP World", "Fish Farm", etc.

The parties discussed the state and prospects of cooperation between the two countries in trade and economic, financial and investment, transport and logistics, agriculture, energy and other areas.

For 4 months of 2021, the mutual trade turnover between Kazakhstan and the UAE amounted to $276 million, which is 13.1% more than in the same period last year. The volume of exports from Kazakhstan to the UAE increased by 38.7% and reached $247.8 million.

In 2020, despite an unprecedented reduction in financial and capital markets, the volume of foreign direct investment from the UAE in the economy of Kazakhstan increased by 12.3% and amounted to $181.7 million.

The Prime Minister of Kazakhstan noted that taking into account the focus of the UAE Government on ensuring food security, the priority area of cooperation is the joint implementation of projects in the field of agriculture.

The Head of Government underlined that Kazakhstan is one of the most promising producers of agricultural products in the world. At the end of 2020, Kazakhstan ranked 32nd out of 113 in the Economist Intelligence Unit's food security rating, improving its position by 16 points compared to 2019.

Joint investment projects of Kazakhstan and the UAE provide for the creation of new production facilities with high added value, as well as a large demand potential in the Persian Gulf countries. Their implementation will create new high-quality jobs in Kazakhstan, introduce advanced technologies and practices.

At the same time, Kazakhstan will become an important link in the UAE's Food Security Strategy until 2051, which will further enhance investment cooperation between the two countries. 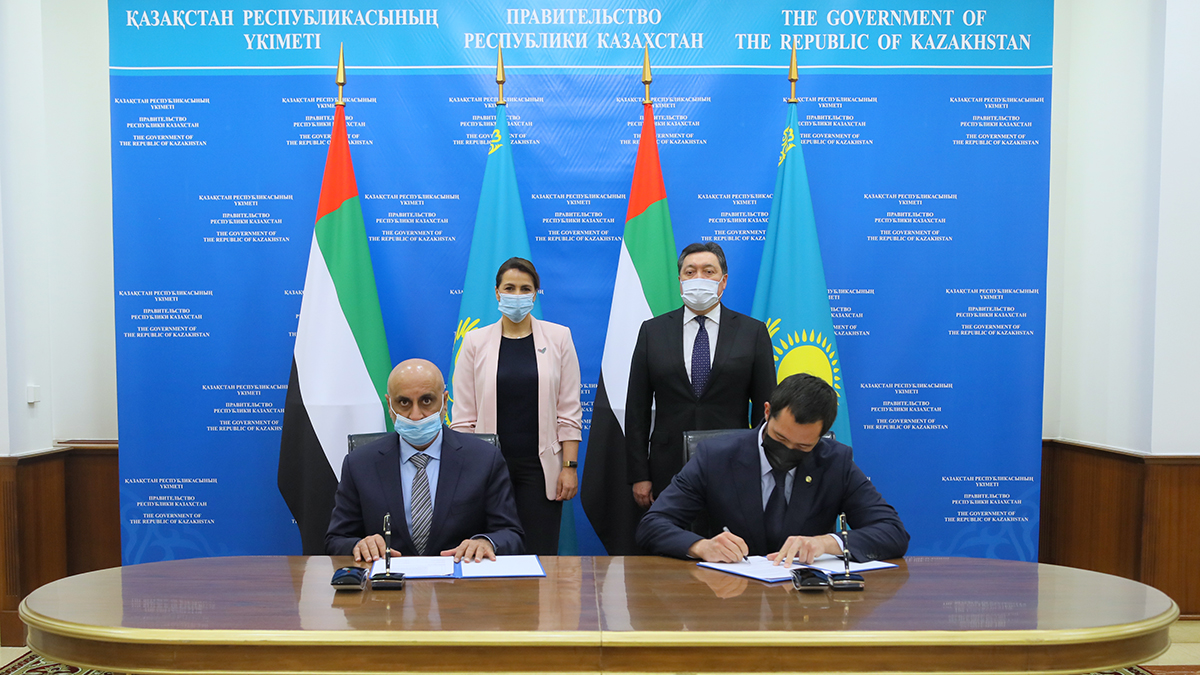 As a result of the negotiations, a protocol of intent was signed between "NC "Kazakhstan Temir Zholy" JSC and the company "DP World", which provides for cooperation in increasing cargo traffic and developing the transport and logistics infrastructure of Kazakhstan.

Источник: Official Information Source of the<br>Prime Minister of the Republic of Kazakhstan