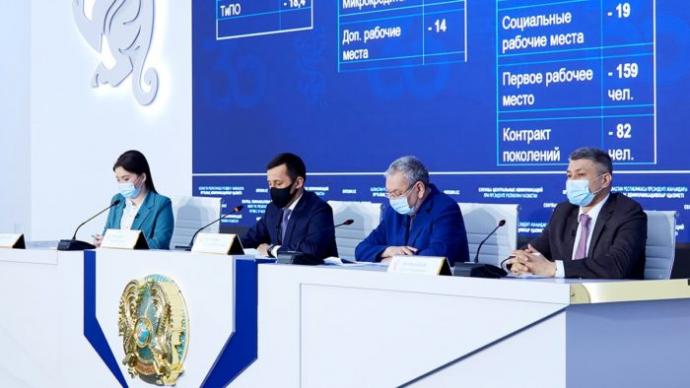 The Kazakh Ministry of Labor and Social Protection of the Population has developed an atlas of new professions and competencies that will be in demand in the near future. This was announced at the press briefing at the Central Communications Center on April 15 in the Kazakh capital.

Overall, the main indicators of the labor market in Kazakhstan remained stable despite the pandemic related consequences.

“The labor market is changing. Some jobs have disappeared completely, and new ones appear. More services are now available online. The ministry is introducing new forms of training to increase the general level of knowledge. We encourage people to start businesses and find new jobs. We see how many jobs have been created in each region, industry and organizations,” said Vice Minister of Labor and Social Protection of the Population Yerzhan Birzhanov. 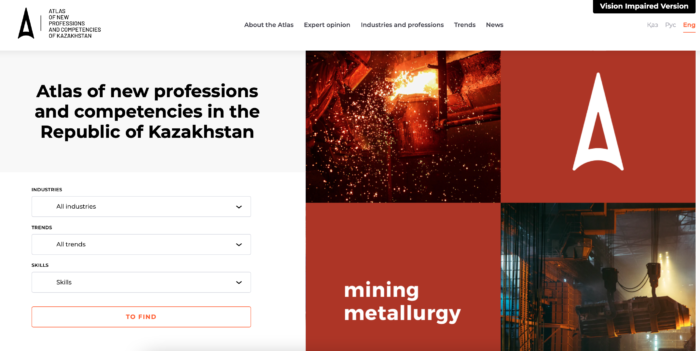 Earlier, Kazakh Minister of Labor and Social Protection Serik Shapkenov said that in 2020, the unemployment rate in Kazakhstan reached 4.9 percent, increasing by only 0.1 percentage points at the meeting with Kazakh President Kassym-Jomart Tokayev.

Over the past three years, the unemployment rate remained at the level of 4.9 percent.

The government has adopted measures to support businesses and people. “An additional 50 billion tenge (US$115 million) was allocated for the state program on employment and mass entrepreneurship. The subsidies for youth internships and community service jobs and the grants for business development were increased,” said Birzhanov.

In terms of workforce development, a nationwide online learning platform for in-demand skills at the Electronic Labor Exchange is in the works.

“We also plan to increase the income of the people through the support of entrepreneurial initiatives. A single window for entrepreneurial initiatives will be introduced in order to file and consider applications. Then, we plan to form district master plans for entrepreneurs to connect potential producers of products and buyers in regions.  The selection of projects for lending and grant support next year will be carried out considering the master plans,” added Birzhanov.

Also, resettlement from labor-surplus to labor-deficient regions will be continued to stimulate the labor mobility of the population.