According to results of 10 months of 2020, real sector of Kazakhstan’s economy demonstrates positive growth dynamics 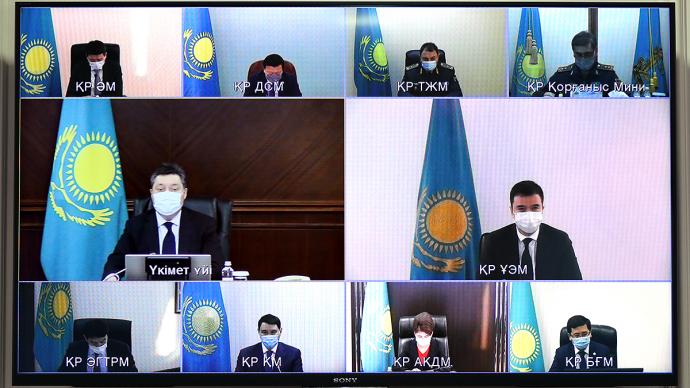 At a government session chaired by Prime Minister Askar Mamin, the results of the country's socio-economic development and the execution of the republican budget for January-October 2020 were considered.

Following the results of ten months of this year, the real sector of the economy demonstrates positive growth dynamics. In the manufacturing industry, growth was achieved by 3.2%, of which in food production — by 3.4%, pharmaceuticals — by 39.7%, production of finished metal products — by 19.5%, mechanical engineering — by 16.5%, including the automotive industry — by 53.6%, as well as paper products — by 15% and light industry — by 16.4%.

Construction volumes increased by 10.7%, housing commissioning — by 9.7%, or about 10.7 million square meters. In agriculture, a steady growth of 5.2% was achieved. The gold and foreign exchange reserves of the Republic of Kazakhstan and assets of the National Fund as of Oct. 1, 2020, amounted to $91.1 billion.

Positive dynamics continues in such important areas of the mining sector as the extraction of iron ores (+1%) and other minerals (+0.7%). At the same time, in the context of the need to fulfill the agreements reached by OPEC +, a decrease in oil production is observed (-4.3%).

The presence and strengthening of quarantine measures affected the service sector (-6.1%). At the same time, the sector's performance is gradually stabilizing.

The head of government instructed the regional akims to take all measures to achieve the planned indicators of socio-economic development and ensure the effective implementation of the tasks set by the Head of State.

The prime minister drew attention to the need to take measures to ensure the revenue side of the republican budget, as well as the full and effective use of budget funds by state bodies and akimats by the end of the year.