ASTANA  – Digital Nomads, a group of more than 400 IT professionals born in Kazakhstan but now spanning across the world, met on Sept. 21 with President Kassym-Jomart Tokayev when he visited New York. What many would call a lifetime opportunity was also a chance for the group to explain their effort to develop a digital ecosystem both inside and outside their homeland Kazakhstan.

“Our group is primarily focused on developing a digital ecosystem both in and outside of Kazakhstan, supporting digital nomads working in top companies, like Apple, Tesla, Microsoft, and Amazon, so they serve as a bridge between Kazakhstan and these companies, attracting them to our ecosystem to open offices, create jobs, and develop innovation agenda,” said Adilkhan Kopabayev, a consultant at Boston Transportation Center, in an interview for this story.

Originally from Astana, Kopabayev is a graduate of Ulsan National Institute of Science and Technology and Brown University. He spoke very warmly about the group’s meeting with the President, saying that “it had very positive energy.”

“The President himself very openly and frankly talked to us and told us about his vision for the country. He said the country needs to have social elevators with equal opportunities for all so that businesses and the private sector would grow in a competitive environment,” said Kopabayev, who is also running an NFT marketplace startup. 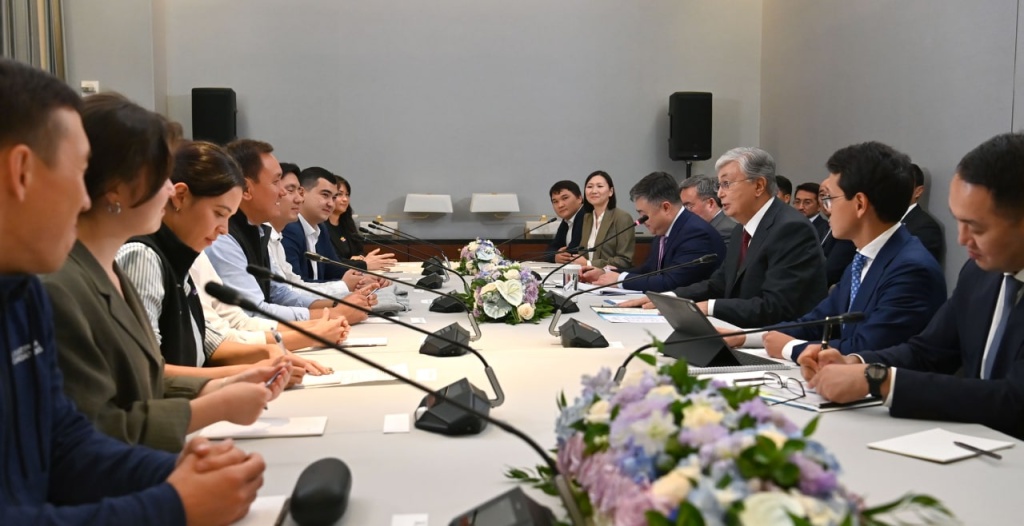 During the meeting in New York. Photo credit: Akorda

Aktore Beket, a software engineer at Amazon Web Services, the world’s largest cloud service provider, was also among those attending the meeting.

“We [Digital Nomads] have members that work primarily in the United States, and Europe, some of them in Asia. We have more than 400 members, and 30 of us were invited to meet the President in New York. The agenda was that we would give our thoughts on how we could improve the IT sector in Kazakhstan,” said Beket in an interview for this story. 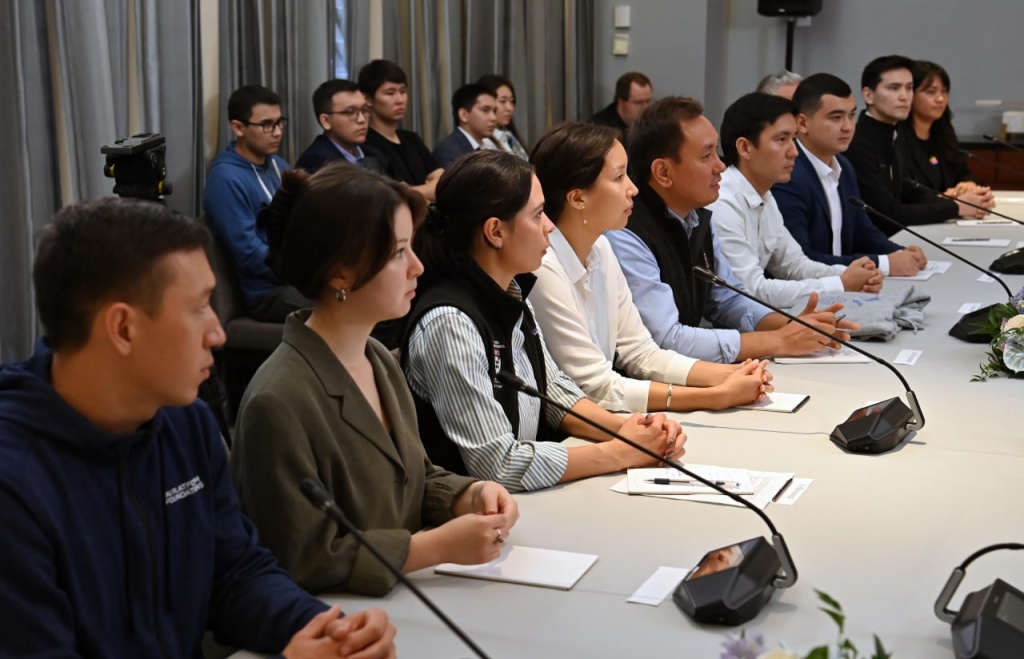 Beket lived in Kazakhstan until 2014 when he moved to Finland to study computer science after nearly a year at Almaty-based International IT University.

“I went to study there for four years. Before moving to the US,  I had four to five years of experience working in Finland and Sweden. At the beginning of April, I moved to the US, where I had an opportunity to apply to companies, like Amazon, Google, Microsoft, Bloomberg, and Meta. I received offers from many of them, and I accepted Amazon,” he said, emphasizing the grueling interviews and the challenging work required to get into the company.

Agenda of the meeting with Tokayev

All of the suggestions presented to the President seek to boost the technical and educational landscape to nurture local IT specialists, an ambitious goal that Kazakhstan set through 2025 to train at least 100,000 IT professionals.

One of the ideas is introducing competitive programming in schools and universities to encourage interest in IT among children and young people. “It basically helps kids to start thinking in a different way, an algorithmic way,” said Beket.

Another suggestion was to create resources for children and young people to learn programming and coding in the Kazakh language.

“There is a problem in getting into IT since all the documentation and all the information is in English. It is first written in English then it is usually translated into Russian, but we don’t have much of this information in Kazakh. One of our proposals was to create some resources for kids to learn programming, coding, and IT in Kazakh,” he added.

Two other topics on the agenda were efforts to expand opportunities for women in tech and organizing guest lectures in schools and universities.

“We were happy that the President took it all positively. He was also thinking the same way as us. We met a lot of good people. (…) People were really inspired and excited after the meeting,” he said.

Anna Fokina, investment director at DCVC Bio, a Palo Alto-based venture capital firm, spoke about the importance of venture capital development and investments, an area where Kazakhstan has been making notable progress over the past years.

“Other suggestions from our group included further acceleration of sports programming and attracting more women into the tech industry, creating a favorable environment for growing youth to pursue careers in tech and education,” she shared in a social media post following the meeting.

She noted that she “left feeling incredibly inspired and hopeful for the future of Kazakhstan.”

“Everybody was truly interested not only to listen to our ideas but also implement them. I am looking forward to contributing to the amazing future of our home country Kazakhstan,” she wrote.

The group set goals and has metrics to track progress for each initiative suggested at the meeting.

IT sector development in Kazakhstan

According to Beket, the IT sector in Kazakhstan is in a good shape.

“We have really good talented people in Kazakhstan working for IT. But we don’t have that big of a talent pool. That’s a little bit problematic because we need more people in IT. There are a lot of people that would like to work for IT and then they go study, take a major in some university, and pay a lot of money, but the percentage of people who actually become IT experts after graduating from university is pretty slim. In some universities, it is around 10 to 20 percent,” said Beket, stressing a gap between universities in cities and regions.

He also sees the need in increasing the number of universities teaching in English and introducing visa preferences for IT specialists.

“We also need people from other countries as IT experts. A lot of countries made it easier for people who work in IT or marketing to come, live and work in their country,” he said. “That way we can increase our talent pool and then that would result in other big tech companies being interested in our country like opening their office. Because whenever they consider a country as a place where they want to open their office, one of the first things is that they need the talent pool there.”

Kopabayev also commended the fast-growing IT ecosystem in Kazakhstan. “This is also thanks to the minister [Bagdat Mussin] who himself from scratch understands how the system works. We see the development of Astana Hub providing opportunities for startups,” he said.