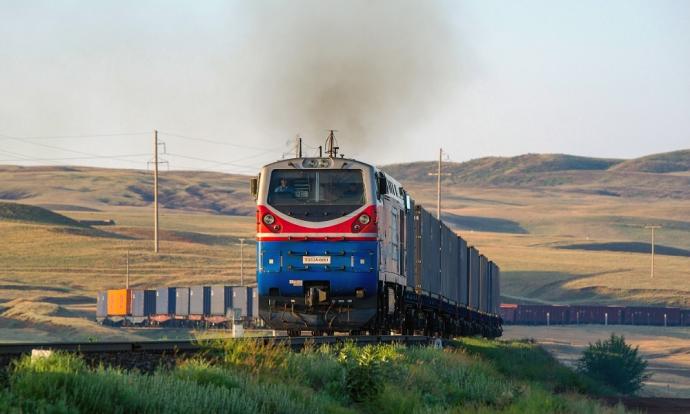 NUR-SULTAN – The European Bank for Reconstruction and Development (EBRD) announced plans to invest 50 billion tenge (US$103.7 million) in the Kazakhstan Temir Zholy (KTZ) bond issue to be listed on the Kazakhstan Stock Exchange, reported the bank’s press service.

The investment seeks to help the nation’s railway operator to strengthen financial and operational resilience and modernize alternative freight routes between Asia and Europe, according to the release.

KTZ, which owns and operates a 16,000 km railway network and manages more than 1,720 locomotives and 46,200 freight cars, will use funds to modernize key infrastructure along the Middle Corridor, or Trans-Caspian International Transport Route, that bypasses Russia in an alternative route for rail freight between Europe and Asia.

“By investing in the local bond issue of Kazakhstan Railways, the EBRD is improving the sustainability of a major domestic company. It is also contributing to better regional and international connectivity and trade security, as the Middle Corridor offers one of the few realistic alternatives for China-Europe rail freight transportation,” EBRD Director for Kazakhstan Huseyin Ozhan said.

It is reported that this is the EBRD’s first investment in a local currency bond in Kazakhstan and the first issue of a bond linked to the new tenge overnight index average rate, or TONIA.

TONIA has been developed by the National Bank of Kazakhstan, the EBRD and the country’s leading financial institutions and is used as a benchmark rate for lending instruments.

So far, the bank has invested US$ 9.6 billion into Kazakhstan, and this year the country marks the 30th anniversary of joining the bank.